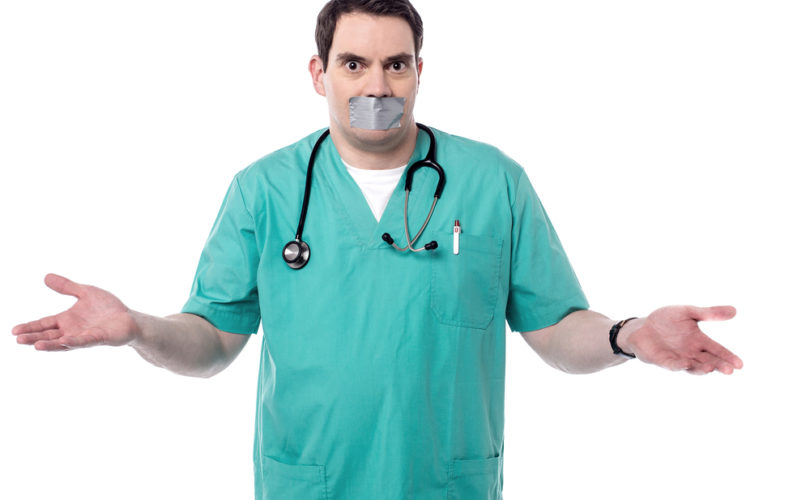 (LifeSiteNews) — For the past five years, many have held out hope that gender ideology has a high-water mark: it could not invade the sciences. It was one thing for arts departments and sociologists to cram the world and all that is it into the framework of queer theory; it is quite another for the actual scientists to do so. Science, of course, has always been politicized to one extent or another, but the scientific method does provide something of a safety valve.

That hope appears to be a false one—at least for the time being. In addition to the near-total cooperation of the medical community in facilitating sex changes (a scandal on a scale not seen since the eugenics craze), the multidisciplinary peer-reviewed scientific journal Nature Human Behavior has released an editorial titled “Science must respect the dignity and rights of all humans” which states, point blank, that: “Although academic freedom is fundamental, it is not unbounded.”

So what, exactly, is academic freedom “bounded” by? You likely already guessed. The authors note that academic freedom should be restrained by “well-established ethics framework” to ensure that “humans who do not participate in the research” cannot be “harmed indirectly” by scientific research that “inadvertently…stigmatizes individuals or human groups.” Research that does this—even inadvertently—could be “discriminatory, racist, sexist, ableist, or homophobic” and is dangerous because it “may provide justification for undermining the rights of specific groups, simply because of their social characteristics.”

This is, in short, the solution of ideologues to the lack of a scientific basis for gender ideology and the mounting evidence that it is nonsense—not to mention the horrifying testimonies of those who have undergone the “transition” experiment. Thus, research that the LGBT community does not like can now be dismissed not because it is wrong, but because it might “undermine” the LGBT agenda. Plenty of institutions and academics have been operating this way for quite some time—but this puts it out into the open. The editorial isn’t just staking a position for Nature Human Behavior—it urges the entire research community to “address these potential harms” and to apply this framework to “any academic publication.”

In Quillette, Bo Winegard excoriated the editorial in brutal terms:

In plain language, this means that from now on, the journal will reject articles that might potentially harm (even “inadvertently”) those individuals or groups most vulnerable to “racism, sexism, ableism, or homophobia.” Since it is already standard practice to reject false or poorly argued work, it is safe to assume that these new guidelines have been designed to reject any article deemed to pose a threat to disadvantaged groups, irrespective of whether or not its central claims are true, or at least well-supported. Within a few sentences, we have moved from a banal statement of the obvious to draconian and censorious editorial discretion. Editors will now enjoy unprecedented power to reject articles on the basis of nebulous moral concerns and anticipated harms…

As the editorial proceeds, it becomes steadily more alarming and more explicitly political. “Advancing knowledge and understanding,” the authors declare, is also “a fundamental public good. In some cases, however, potential harms to the populations studied may outweigh the benefit of publication.” Such as? Any material that “undermines” the “dignity or rights of specific groups” or “assumes that a human group is superior or inferior over another simply because of a social characteristic” will be sufficient to “raise ethics concerns that may require revisions or supersede the value of publication.”

For those who are worried, the authors note that to walk this “fine balance between academic freedom and the protection of the dignity and rights of individuals and human groups,” this framework should be used “judiciously, consulting with ethics experts and advocacy groups where needed.” This is almost laughable. What they’re saying is that to get justification for censoring scientific information that the LGBT community dislikes, they’ll be sure to call the Human Rights Campaign to make sure that advocates will provide cover for them. As Dr. Noah Carl wrote on his Substack, congratulations are owed to these editors for “being open and honest about a policy that most social science journals already have.”

For scientists who resist this policy—and some, like biology professor at the University of Chicago Jerry Coyne and Steven Pinker, who has also blasted Scientific American for its recent cave-in to gender ideology—the editors give what amounts to a warning. Research that violates their new ideological framework, they note, can be responsible for victimizing people: “Harms can also arise indirectly, as a result of the publication of a research project or a piece of scholarly communication—for instance, stigmatization of a vulnerable human group or potential use of the results of research for unintended purposes (e.g., public polices that undermine human rights or misuse of information to threaten public health.)”

Translation: Those who oppose gender ideology are pointing to scientific research that illustrates the insanity of the craze our society is gripped by. The answer is to shut down science that might “harm” the transgender agenda. And who do we call to find out if this research constitutes real “harm”? Why, transgender “advocates” (activists) of course. In closing, the editorial lays out their new position: “Researchers are encouraged to promote equality in their academic research…[editors may retract research that is] “sexist, misogynistic, and/or anti-LGBTQ+.” On the other hand, as we saw recently, studies that promote gender ideology will be promoted with vigor—emails between staff at the University of Washington and the Seattle Children’s Hospital revealed that they delayed the retraction of a misleading study which falsely asserted that puberty blockers produced better mental health outcomes even after it had been debunked because it was receiving such good media coverage.

One on hand, as Dr. Noah Carl observed, this has been the status quo for some time. We’ve seen academics viciously attacked by trans activists for research that contradicts their ideology time and again over the past several years. Usually, their institution refuses to back them; often, they are tempted to simply back down or, more likely, stay out of that area of research entirely. This editorial is about creating another chilling effect. Those who might wish to research areas intersecting with the claims of gender ideology are likely to stay away for the sake of their careers and reputations. Because if they do produce research that inevitably contradicts the ideology, they can be accused of a violent academic attack on a minority group.