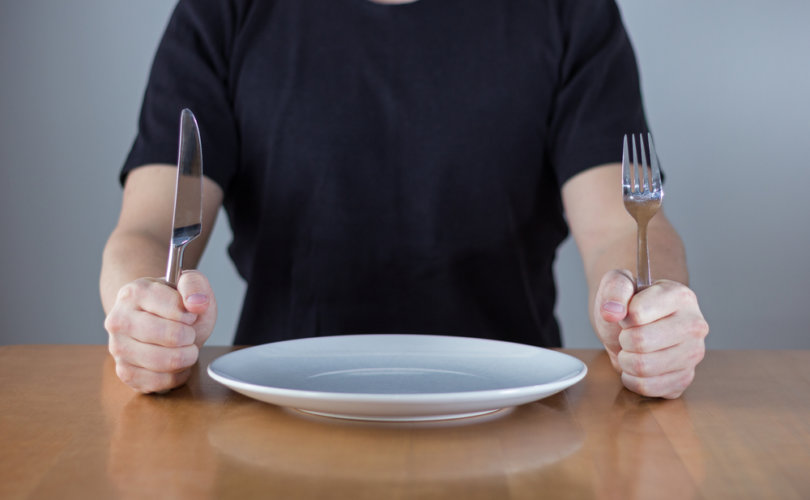 September 13, 2019 (LifeSiteNews) – Back when I was still a university student in British Columbia, I used to travel to other campuses quite often to help out with pro-life displays. Debating secular university students is an always interesting and sometimes infuriating experience, and one of my friends used to box pro-abortion philosophy students into admitting that if their position on the value of pre-born human life was an ethically sound one, society might have a moral responsibility to use fetuses for meat (lower carbon footprint, ready supply—the benefits were endless.) It was a savage and clever way of illustrating just how awful the consequences of denying the humanity of human beings of a certain age group could be.

Unfortunately, it sometimes seems as if those of us who point out the potential results of an anti-human worldview are just giving our ideological opponents ideas—who, after all, would have thought that infanticide would be such a debate in 2019, and that the Democrats would refuse to condemn it—including almost every single major Democratic presidential candidate? But I still did a double-take when I spotted a headline reading: “Swedish Scientist Proposes Cannibalism to Fight Climate Change.”

I suppose in some ways it was only a matter of time. Climate activists have been desperately attempting to convince human beings to stop giving birth to more human beings so we can save our planet for future human beings (the ones we shouldn’t be having, presumably.) Prince Harry promised that he and Meaghan Markle are only going to have two kids to protect the planet, which most people are okay with if it means we hear less about them. The trend of people deciding not to have children in order to reduce carbon emissions is growing, and I’ve heard interviews with advocates of this position a half dozen times on the radio this summer alone. If we sacrifice enough children to the sun god, the feeling goes, perhaps he will smile on us.

But Magnus Soderland, a Swedish behavioral scientist, has moved beyond the population reduction plans of these climate pikers. On the Swedish television channel TV4 earlier this month, Soderland proposed eating people after they die as a method of combatting climate change. His research, he noted, discovered that one key problem with his plan is the “widespread taboo” surrounding “eating human flesh,” which pretty much anyone could have told him before he started this research. Eating people has been a nearly universal taboo for a very long time (although CNN’s Reza Aslan, a noted progressive, did chomp down a bit of human brain on TV awhile back.)

Soderland also said that “conservative attitudes” make it difficult to sell the idea of cannibalism to the public, but that it was important to consider this option in the name of sustainability, inadvertently making the case for the more widespread promotion of conservative attitudes. Interestingly, he’s not the first secular climate alarmist to call cannibalism a “taboo” recently, either—famous atheist Richard Dawkins tweeted out last year about the potential for lab-grown “clean” meat, and wondered: “What if human meat is grown? Could we overcome our taboo against cannibalism? An interesting test case for consequentialist morality versus ‘yuck reaction’ absolutism.”

As Dawkins accidentally highlighted, when an absolute morality is abandoned in favor of consequentialist morality, all we’re left with is “the ends justifies the means”—and the freedom to justify pretty much any ends we choose to. So dismembering pre-born human beings developing in the womb, killing them just after they are born, burning their bodies for energy—all of this is okay. And if you object to eating fetuses—and this has actually happened, in case you think that’s an insane scenario—then perhaps you simply need to get over your “yuck reaction absolutism,” as the enlightened Dawkins would put it.

To me, however, it appears that this morality is the only thing standing between us and a horribly primitive darkness.