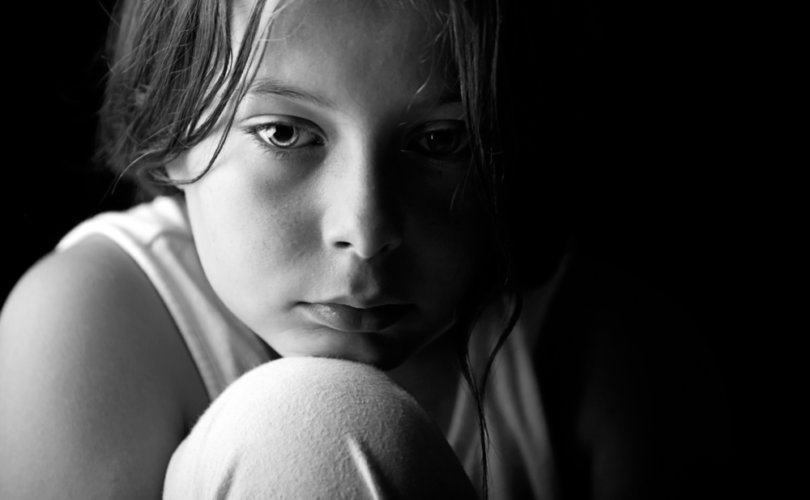 August 8, 2018 (LifeSiteNews) – Scotland appears to be the latest nation caving to the demands of transgender activists. New draft educational guidelines have just been released, announcing that children as young as five years old will be taught in Scottish public schools that their gender is “what you decide,” irrespective of the confusion this nonsense will inevitably cause in children who have already been taught a few of the key biological differences between boys and girls. Gender fluidity is now scheduled to arrive in kindergarten classes in 2019.

The guidelines, which were a collaborative effort of Education Scotland (the government’s education department) and the National Health Service, promote several key tenets of the transgender ideology, including the idea that doctors “assign” the sex of children at birth, rather than identify babies based on the biological evidence indicating that they are either male or female. (This used to be considered pretty simple stuff.)

As usual, these changes to the curriculum are being rushed in with virtually no consultation with parents, who often take a back seat to special interest groups that successfully lobby for their beliefs and ideologies to be inserted into schools without the knowledge of those who send their children to them. Some politicians have already expressed concern that these guidelines will be far too confusing for children, and that these topics are inappropriate for children (especially those as young as five.) As the Christian Post reported:

It's right that we teach children about gender diversity and the meaning of these terms. However, many parents might feel this is too young for their children to learn about it,” said education spokeswoman Liz Smith, who is a Conservative member of the Scottish parliament…

“We believe passionately that sex stereotypes and gendered expectations are pernicious and harmful,” said a Scottish mother who has attended trainings by Scottish transgender advocates related to her work within the National Health Service. She spoke with The Christian Post Monday on condition of anonymity.

“Unfortunately, the positive nature of this guidance is rendered meaningless by the muddled advice that children can decide if they are a boy or a girl,” she explained, stressing that the curriculum effectively reinforces rigid ideas of masculine and feminine traits.

“Equally dangerous is the notion that sex rather than preferences or behavior is fluid. Young children are very literal-minded and if encouraged to believe that the physical reality of their body is mutable it could set up potentially devastating struggles with mental or physical health.”

Notice here that people are so afraid of what transgender activists will attempt to do to them and their reputations that many dare not even reveal their identities in order to avoid presenting them with a discernible target. To point out the obvious—that telling children they can decide their own gender is profoundly confusing for them—is to ensure that you will promptly become the victim of a smear job—a “transphobe” at best, a callous and cold-hearted bigot who hates trans kids at worst.

The impact of these ideologies can already be quantified. Around the world, the transgender phenomenon is becoming trendy among kids, and Scotland is no different. The Christian Institute reported that between 2016 and 2017, the number of Scottish children “being referred for treatment for gender dysphoria” went up 21%, with some of the children being as young a six years old. The average age of such children has been going down, as well, and now sits at age fourteen.

These new guidelines are also evidence that the Scottish Government is determined to implement the transgender agenda, regardless of the feedback they receive from the public. They are currently facing a court challenge for a previous school guidance policy that indicates that teachers do not need to inform parents if their children decide to change genders. Threats of legal action, however, do not seem to have been an effective deterrent in forcing the government to think twice before continuing to move forward with its policies of social engineering.

Again, a brief survey of public school systems across the Western world always brings a single, inescapable conclusion: Take your children out of public schools. Parents are pushing back in many places, but most schools have simply been infiltrated too thoroughly to be able to trust the education children will receive there. Read through a few parental testimonies from the community at 4th Wave Now, for example, to see the devastating consequences of gender ideology and the parents who have lost their children and watched them get mutilated and poisoned. And then ask yourself if you’d like to risk sending your child to an institution that fully intends to preach the same theories.