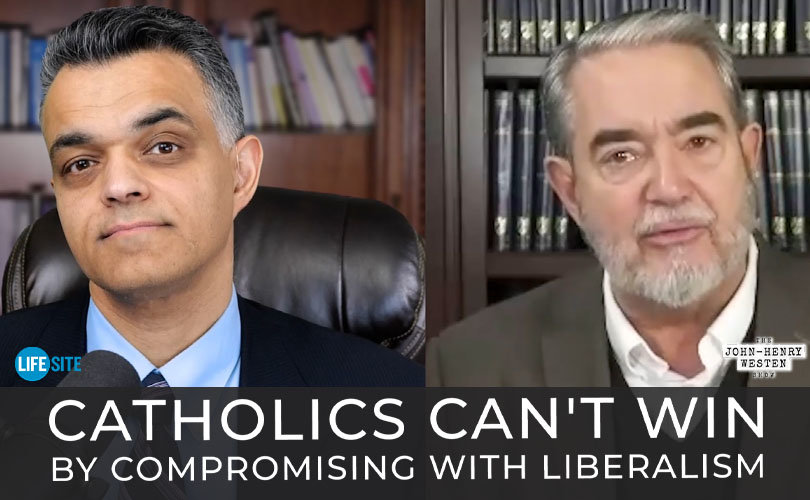 February 2, 2021 (LifeSiteNews) — Dr. Scott Hahn is one of the most recognizable names in the Catholic Church today. He joined me on my podcast this week to talk about his latest book, “It is Right and Just: Why the Future of Civilization Depends on True Religion.”

Dr. Hahn told me that many Catholics who live in America forget that “there’s a perennial [Church] teaching about the relationship between the supernatural order and the natural order” and that US Catholics often forget this, adopting a sort of Stockholm syndrome toward their secularist “captors” in the process.

“Catholic Americans can end up being much more American than they are Catholic,” he said. “We shouldn't be terribly surprised that what was known for centuries as liberalism, was really inherently but in a disguise, a form of virulent secularism.”

Dr. Hahn’s book is timely in that it was published during the US presidential race. With Joe Biden, a self-professed Catholic who holds extremely liberal views on many issues, now occupying the White House, Dr. Hahn’s book is as important as ever.

“I think a lot of Catholics are wandering about round without a compass or a map and they're kind of wondering, who do I listen to?” he said. “It's not just the nation that is deeply divided by a Catholic president who professes to be interested in unity. It's also the church that's divided.”

Among his many roles, Dr. Hahn currently serves as editor-in-chief of Emmaus Road Publishing. He told me that religious pluralism is not the answer and, in fact, is a problem because every person and nation is called to the sacramental life of the Church.

Dr. Hahn further explained that Catholics have taken a “minimalist reductionist approach” with reliance on the natural law in order to make political inroads in past decades but the time has now come for a more Catholic-oriented approach.

“I just think it's time for us to say, hey, for better, for worse, let's be faithful. We're not going to win by compromising. So let's not compromise … the sacraments have this capacity to form a civilization the likes of which we haven't yet really seen.”

Dr. Hahn says that it’s true that US Catholics are Americans but that they are “first and foremost Catholics called to be saints.”

“Those of us who are called by Christ, we are called into the world to use the supernatural grace to bring about natural unity as much as possible. When in the last 70 years has this been clearly taught? It hasn't been explicitly denied? Well, yes, it has. But for the most part, we have just been really kind of skating instead of diving into the sacred mysteries, and so, I'll be honest, I'm not very surprised by what's going on, I admit that with the LGBTQ agenda, it's gone further, much faster than I even I expected. I am not an optimist.”

“Redemptive suffering has always been the order of the day for anyone who wants to get here to heaven. And that's what hope is about. It's not the election cycle so much as a difficult future. Good is how hope is defined. When we look at that, as Christians, as Catholic Christians, we recognize that becoming a saint is indispensable.”