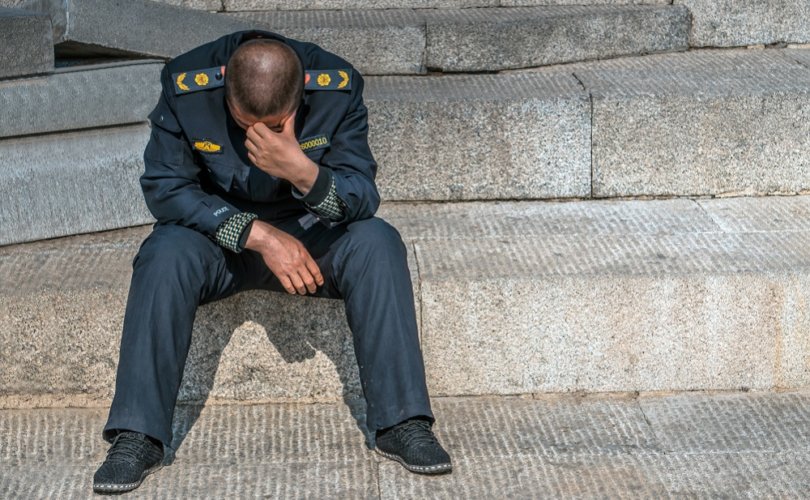 January 17, 2020 (LifeSiteNews) — In my last article on LifeSiteNews, I explained how the reluctance of the U.K’.s police and social workers to apply the law on underage sex and on drugs created an environment in which girls, very often in the care of the state, could be targeted by gangs, who groomed, abused, and pimped them over years. There is an ever-lengthening list of places where well established networks of abusers operated with apparent impunity, with victims in the thousands.

This may sound familiar to readers who have been following clerical abuse cases.

I distinguished three layers to the problem: the cover-up; the refusal to face the sociological reality of the gangs; and, most fundamentally, the assumption that the crimes were not real, or not serious, because the victims must have consented. These three layers are also at issue in clerical abuse.

On the cover-up aspect, what I’d draw attention to is the reason for it. The problem with the rape gangs went much farther than the common or garden-variety police tendency to hush up embarrassing events: it was a systematic cover-up taking place over decades and involving officers at all levels refusing to apply the law; refusing to respond to victims; and, now, refusing to testify about the issue.

They feel they can’t talk about it openly because it has gone too far: too many senior officers are implicated, and for that matter influential people outside the police, in social services and local government, not to mention prosecutors and politicians. It wasn’t just some local policeman’s mistake: it was a policy, which everyone went along with. If going along with a long-term, systematic policy turns out to be dishonest, it will be difficult to find honest members of an organisation to deal with the dishonest ones.

This is where we are with the Church. Sure, there are good priests and good bishops. But they knew what was going on. The ones who made a huge fuss about it the moment they became aware of the issue were thrown out of seminary for “rigidity” long before they could make a positive difference. We are left with the ones — to generalise — who kept their heads down.

I’m not saying they were completely wrong to do so: exactly what they knew and when varies. My point is that the good guys, insofar as they exist, are impeded in their ability to act now because they did not act then. They have the uncomfortable feeling that they are being hypocrites.

The second layer of the problem also manifests itself in the ecclesiastical sphere. The British police did not and still do not want to talk about the fact that the rape gangs are frequently united by a Islamic cultural background. Since this is obvious when the names and mugshots of convicted members are published, the impression is created that the police are either completely out of touch with reality or deliberately allowing a particular cultural group a free pass on a hideous crime. It creates a space, in fact, for the kind of backlash represented by Tommy Robinson, and it may yet create the very community conflicts the police are so afraid of.

In the Church’s case, the reality about the nature of the perpetrators, which dare not speak its name, is homosexuality. It is perfectly obvious that the vast majority of clerical abusers chose adolescent boys as their victims when, as has now happened, lists of perpetrators and victims appear in reports. And yet, not only do bishops not want to talk about it, but the secular media can be relied on to play along. Meanwhile, non-mainstream Catholic media have understandably made this a central talking point.

This is a problem because it looks as though bishops are either completely out of touch with reality or are carving out special protections for homosexuals. How can one hope to cure a disease if the doctors refuse to notice the symptoms?

The final aspect of the parallel is this. Actually, Islam is not the fundamental issue in the grooming gangs, nor is homosexuality the fundamental issue with clerical abuse. Non-Muslims have also got in on the rape gang opportunity, and many clerical abusers, if still a minority, have targeted girls and women. When this happens, the response of the authorities remains the same. After all, it is not really the case that the U.K. police wanted specifically to allow Muslims to commit these crimes, or that bishops wanted to allow only homosexuals to do so. The fundamental issue is that they didn’t think they were really crimes. They thought they were consensual, or were mere peccadillos, and that they needn’t get involved…except to cover up.

Bishops, seminary rectors, and others in authority did not believe that sexual relationships were really bad for seminarians and priests, and they did not think victimised minors and other vulnerable people were seriously harmed. They had imbibed these attitudes from fashionable secular psychological theories. This is what will have to change if clerical abuse is to be curbed.