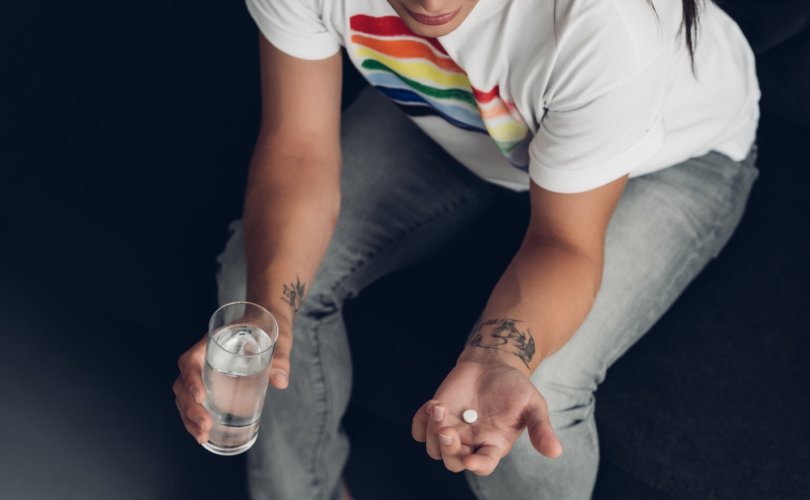 November 29, 2018 (LifeSiteNews) – The tragic madness of gender ideology is on full display at the New York Times with the publication of an opinion article by a “trans” man who blithely reveals that that his “sex reassignment” treatments are making him more miserable, and even tempting him to kill himself – but that’s no reason to stop them.

In fact, the writer argues, the notion that such operations are justified by the psychological needs of the patients is itself a form of discrimination and oppression.

In his essay, “My New Vagina Won’t Make Me Happy,” a troubled man who calls himself “Andrea Long Chu” informs us that any psychological benefit he might gain from the hole that will be carved between his legs – which is meant to simulate a vagina and which his body will interpret correctly as an injury – has nothing to do with the legitimacy of the surgery.

Concerning his new “vagina,” which he will shortly receive, Chu admits: “Until the day I die, my body will regard the vagina as a wound; as a result, it will require regular, painful attention to maintain. This is what I want, but there is no guarantee it will make me happier. In fact, I don’t expect it to. That shouldn’t disqualify me from getting it.”

Chu goes further than this though, admitting that his misery has worsened with his “sex reassignment” treatments, and that his feelings of gender dysphoria are actually becoming more intense, even to the point of making him suicidal – but claims that’s no argument against such treatments. After all, what does the well-being of the patient have to do with medicine?

“I feel demonstrably worse since I started on hormones,” writes Chu, who calls his depressive estrogen treatments “delayed-release sadness.” Meanwhile, his anxiety about his biological sex – something he can never really change – keeps increasing. “Like many of my trans friends, I’ve watched my dysphoria balloon since I began transition,” he writes.

“I was not suicidal before hormones. Now I often am,” Chu adds, expressing himself with a frankness that is rare in LGBT activism.

He even goes so far as to claim that the medical maxim “first, do no harm” is oppressive, because it assumes that the physician is in a position to decide what is beneficial and what is harmful to patients. Instead of exercising such judgment, doctors should do whatever the patients want them to do; otherwise they’re oppressing the patient.

“Nonmaleficence is a principle violated in its very observation,” raves Chu. “Its true purpose is not to shield patients from injury but to install the medical professional as a little king of someone else’s body.”

“Surgery’s only prerequisite should be a simple demonstration of want,” Chu writes. “Beyond this, no amount of pain, anticipated or continuing, justifies its withholding.”

Chu tells us that the claim that “transgender” people are mentally ill – something any mentally healthy person can easily deduce from his own words – is itself nothing but a form of political ideology produced by an oppressor class, which he asserts to be made up both of “conservatives” and “liberals.”

Chu calls the labeling of gender dysphoria as a mental illness a “popular right-wing narrative” that he admits is embraced by his own father, who is a physician. However, he also blasts what he calls the “liberal counternarrative” that mutilating “sex-reassignment” surgery is justified by the need to relieve the patient from suffering.

He calls both the “liberal” and the “conservative” views “compassion-mongering,” and says they are both “peddling bigotry in the guise of sympathetic concern.”

Meanwhile, the American Psychiatric Association still lists “gender dysphoria” as an unhealthy psychiatric condition, although they say they have changed the label from a “disorder” to a “dysphoria” to avoid placing a “stigma” on such people.

There is a paradox here for the country’s “LGBT” movement: the APA’s continuing categorization of their condition as a psychiatric ailment is directly contrary to their self-justifying ideology, but at the same time it is absolutely necessary if they are to continue to receive insurance benefits for their treatments.

The APA admits that this was their own concern in renaming “gender identity disorder” as “gender dysphoria” in their Diagnostic and Statistical Manual of Mental Disorders 5: “Ultimately, the changes regarding gender dysphoria in DSM-5 respect the individuals identified by offering a diagnostic name that is more appropriate to the symptoms and behaviors they experience without jeopardizing their access to effective treatment options.”

A pathetic cry for help – exploited by the New York Times

The article is another sad reminder of how far leftist publications like the New York Times will go in their political exploitation of people who suffer from devastating mental conditions, in order to further their agenda of subverting sexual morality and the values of the family.

The Times is constantly publishing testimonies by people whose unhinged sexual promiscuity or deviance is treated as reasonable and respectable behavior. The editorial staff appears to be committed to the relentless pursuit of “defining deviancy down,” in the words of the late Daniel Patrick Moynihan, all to the end of destroying any ethos that might sustain the family and the civilization upon which it rests.

Mr. Chu’s essay is nothing less than a plaintive cry for help by a man who, at some level, seems to know he is ruining his body and his life, mutilating himself in ways that can never be reversed. Our response to those who seek such obvious self-harm should be compassion and a helpful reassurance that the body and sex God gave them is a noble thing they can proudly accept.

In short, men such as Mr. Chu need our society’s loving help to overcome their painful anxieties, and to resist their self-destructive impulses. Instead, they are being used by liberal elites – most of whom would never involve themselves in such behavior – for their own pathological political agenda.