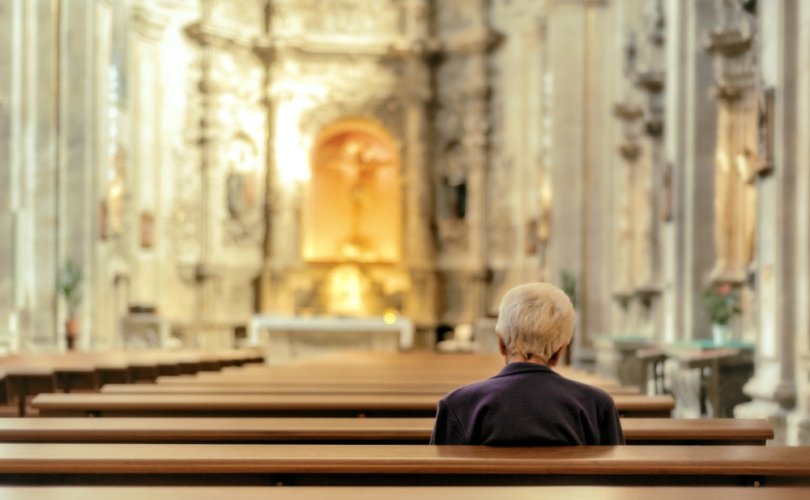 March 11, 2020 (LifeSiteNews) — A couple of years ago, data on the scale of secularization in Europe over the last half-century were released, revealing that a mere 18% of those who identify as Christian regularly show up at services. Even those who still identify with a Christian denomination, it turned out, do so for largely cultural reasons, and very few actually go to church, read the Bible, or engage in any of the practices that would have defined the lives of generations of their forebears.

In Canada, it turns out, the situation is even more dire. Earlier this year, the Evangelical Fellowship of Canada released the result of a poll examining both church attendance and affiliation at two different points in people’s lives — first, at age twelve, and second, how they practice and identify currently. The results of this poll reveal a nation utterly transformed by secularization — and the data also explain a lot about the state of Canadian politics.

To start off, half of Canadians identify as agnostic, atheist, or no specific religion. A mere 11% of Canadians attend any kind of religious service on a weekly basis. That’s not just Christian services; that includes Muslim mosque attendance, Sikh temple events, Jewish synagogue services, Hindu gatherings, and other religious services. To spell it out, this means that a full 89% of Canadians do not attend religious services weekly. Those affiliating with evangelical churches have dropped from 12% of the population in 1996 to 9% in 2015, to 6% in 2019.

For context, following the Second World War a full 67% of Canadians attended church services weekly, with most of these services being a Christian denomination of some sort. By 1996, this number had plunged to 30%. Since then, attendance at religious services in Canada has gone from one third of the population to one fifth. Religious observance in Canada is dying out, and if this trend continues, those who still do participate in religious services of some sort will be an extraordinarily tiny minority in a very short amount of time.

Surprisingly, secularization is occurring across all age categories. In Canada, the stereotype of faithful older people and faithless young people doesn’t hold up. For those over 75 years old who attended church as children, 62% attend church today. For the Boomer generation (those between 55 and 74), church attendance has fallen to 53%, and for the Gen-Xers (ages 39 to 54), it plummets further to 33%. Only 26% of Generation Y (24 to 38) attends church, and for Generation Z (age 18 to 23), the number falls to 22%. According to this analysis, this means that for young men and women who attended church when they were twelve years old, the falling-away rate is a full 78%.

These numbers are simply staggering. According to the report: “The new normal is not having attended a single religious service in the last 12 months. Of those who went to church as 12 year olds, half have moved to the ‘never’ (i.e. never attend) category.”

And even Canadians who do attend church at least once a month do not appear to be particularly concerned with engaging in religious practice. A 2013 survey of 1,100 Canadian church-goers indicated that a third — 34% — admitted to saying they “rarely” or “never” read the Bible outside church. A mere 11% read the Bible daily, and barely over a quarter — 27% — say they read the Bible a few times a week or at least once a month. Only 3% said they engage in Bible study on a daily basis, while over half — 53% — said they “rarely or never” study the Bible. Sixty-two percent of respondents did not agree with the statement, “If I go several days without reading the Bible, I find myself unfulfilled.” A majority did not feel guilty about leaving their Bibles closed, either.

The implications here are obvious. Increasingly, a majority of Canadians not only are irreligious, but do not even have a basic understanding of the minority who are. Thus, freedom of conscience, religious liberty, and even differing views of sexual ethics appear to many Canadians to be flimsy excuses for bigotry and hatred. How do you explain concepts like religious liberty to somebody who does not understand religion, religious people, or religious motivation? These do not understand the worldviews of religious Canadians, and they have little or no desire to learn. This is also why pro-abortion politicians insist that pro-lifers are advocating an exclusively religious position rather than presenting a science-based view of human rights — because they know that it is a clever rhetorical tactic.

Many people operate under the assumption that Canada was — at least very recently — a Christian nation, and that a residual understanding of Christianity yet exists. These data tell a different story. The upcoming generation of Canadians do not understand Canada’s past, are utterly unfamiliar with the founding beliefs of Western civilization, and are unaware of the philosophies that animated their forefathers. The political and social impact of this secularization is undeniable, and it poses a challenge to the minority who believe that Christianity is as true now as it was fifty, one hundred, and two thousand years ago. It is why I am so concerned about the future of freedom of conscience and religious liberty: how do we defend our rights to those who do not understand them and do not recognize their validity?