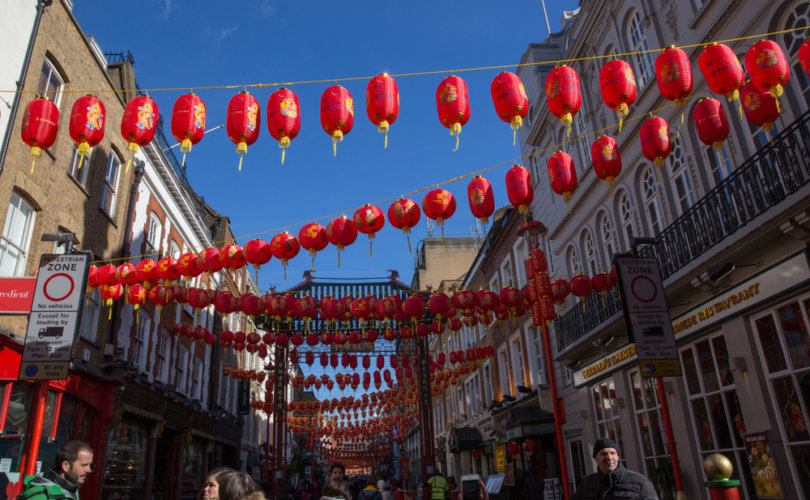 January 29, 2019 (LifeSiteNews) – A reader from Australia wrote to me about an issue he believed was not being adequately addressed by Catholic clergy. Since the Second Vatican Council, bishops and priests have shown a tendency to a thoughtless “inculturation,” with the adoption of pagan customs that may seem “harmless” until one examines them more carefully.

It would seem that the Chinese Lunar New Year, which will take place on Tuesday, February 5, is celebrated in many Catholic churches throughout the world, despite its connection with Asian astrology. My correspondent’s parish priest, of Vietnamese background, avidly celebrates the Lunar New Year with a Mass and even refers to the particular animal symbol of the year (last year being “The year of the dog”) from the pulpit, thus giving tacit approval of the astrological significance of the practice. He places a statue of the particular animal into the precincts of the church. Is this not an insult to Jesus present in the tabernacle, only a short distance away?

The Australian gentleman made his displeasure known at a parish council meeting, but the parish priest was unmoved—he rationalizes the practice as simply “cultural” and believes that the astrological aspects are ignored by the congregation. We ought to be concerned, however, about solemnizing a pagan New Year with its animal symbol at a Mass. If there is even a chance that this is a sacrilegious act, or worse, that paying lip service to it may open a door to demons, it should be avoided altogether.

My source noted that testimonies exist from Asian converts to Catholicism who say they want nothing more to do with the Chinese New Year, as it conflicts with their newfound faith. He suggested to the parish priest that, rather than give his “imprimatur” to the Chinese New Year, he should instead be educating his flock about the spiritual dangers of flirting with pagan celebrations. If individuals wish to associate themselves with it, they can freely do so at the many secular functions available to them, but it should be taboo within the church building and especially within the Catholic liturgy.

In general, there is much confusion about what it means to “inculturate” the Faith. Many believe it means to adopt secular customs or musical styles or types of language and simply substitute some Christian terms, while retaining the non-Christian forms themselves—like pouring the new wine of Christianity into the old wineskins of the world. But we know from Our Lord what happens when we try to do this: the wineskins burst, and everything is lost.

For others, inculturation means eclecticism: bringing some pagan statues or mantras or feasts into the church building, as if to spruce up a Christian message thought to be “stuffy” or “Western” with some colorful decorations. But this only encourages people to think that the Christian Faith is incomplete on its own terms, or culturally impoverished and in need of supplementation, or so far outside of the current “cool factor” that it cannot successfully compete for attention. Certainly this is true of postconciliar “Catholicism Lite,” which barely nourishes a starveling; but it is absolutely false of traditional Catholicism, which provokes fallen man either to rage or to conversion by its kingly claims over the world, its bracing contempt of the flesh, and its authoritative rebuke of the devil.

The Church conquered pagan cultures best when she unapologetically insisted on imposing the form of her Faith upon the minds and hearts of the people to whom she brought the Word of God. Ironically, it was precisely through such a relationship that she ended up acquiring some beautiful “incidentals” from the missionized culture, like the lovely oriental faces of the Madonna, or the chasuble embroidered with imperial dragon motifs.

The paradox, then, is that radical commitment to the Catholic Faith leads to the formation of a culture that incorporates the riches of the people, while a milquetoast Catholicism is quickly overcome by the surrounding culture and becomes an echo chamber of its values.