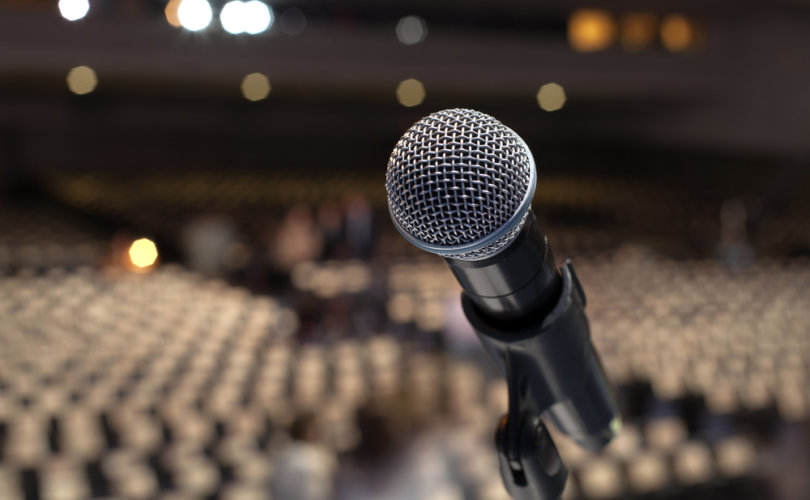 November 16, 2018 (LifeSiteNews) – Executives at Google have been mulling over their role in the internet. Naturally enough, they have their own opinions on the issues of the day, and they are conscious of the potential influence they can wield over what internet users get to see. Why not tilt the balance a bit in favor of the reasonable and good, away from the oppressive and bad? Why not take on the role, in fact, of a “good censor”?

The qualification “good” is interesting. The first “censors” were Roman officials, and some Oxford colleges still use the ancient job title. The kinds of roles these censors had led naturally to the use of the term for officials charged with looking over books and periodicals for scandalous or subversive content. Some very unpleasant governments, from Napoleon to Stalin, found this system very useful, and this has made the term “censor” odious. When Google, Facebook, and Twitter act as censors, they feel they need a little apologetic qualification. It is ok for them to be censors, they tell us, because they are good.

They are not the only ones, however. American universities may not have officials called censors, but they are not immune to censorship. Here in the UK, a company which owns billboards removed a paid-for poster with a dictionary definition of the word “woman” (“adult human female”) after pressure on social media. But if the actions of commercial companies are worrying, the state is not far behind: state-enforced censorship in the UK now directly impinges on the proclamation of the Gospel. Pro-life speech is restricted not only near abortion clinics, but by local government, and street-preachers are regularly arrested for “homophobia.” Examples may be different in different countries, but the direction of travel is the same.

It is natural in this situation to appeal to the principle of free speech. However, since people on the “progressive” side of the debate generally need not fear exclusion from social media and public spaces, they usually do not need to make such appeals, so this appeal to free speech is becoming increasingly associated only with the defense of conservative voices. We now hear from liberals that the principle of free speech is being “weaponized,” a rhetorical preparation for saying that the principle should be rejected, as the latest Google memo comes close to doing.

This is quite a turn-around from the depiction of the Catholic Church as the opponent of liberty, and the historic attempts to undermine the Church’s institutions and influence by scurrilous pamphleteering: characteristic tactics of the Church’s opponents since the time of Luther. In response to this kind of activity, Popes down the ages remind us that freedom of expression is not an absolute right. Typical was Pope Pius IX, who had the Papal States to administer as well as the Universal Church, and who wrote in 1864 (Quanta cura) of “that erroneous opinion”

that a right resides in the citizens to an absolute liberty, which should be restrained by no authority whether ecclesiastical or civil, whereby they may be able openly and publicly to manifest and declare any of their ideas whatever, either by word of mouth, by the press, or in any other way.

Nor has this historical background been entirely forgotten by libertarian supporters of free speech. The free speech campaigner Brandan O’Neil, for example, never misses an opportunity to attack the Church, even wheeling out the debunked Protestant theory that the printing press was key to the success of the Reformation.

When Catholic speech is unjustly restricted, it is reasonable and can be effective to show that the law protects the speech at issue, and in many cases that those trying to restrict it are being inconsistent. It is more problematic for Catholics to reinvent themselves as free speech absolutists, as though neither Church nor state has any right to restrict speech which endangers law and order or public morals, or which offends decency or religious sensibilities, since such a view has been consistently opposed by Church teaching.

Without an absolute protection of free speech, the debate devolves to the question of what restrictions are reasonable. Catholics must make the case that it is unreasonable to prevent peaceful pro-life counsellors talking to women outside abortion clinics, or to ban medical models of unborn children from university campuses. They must explain that it is unreasonable to stop people quoting the Bible or the dictionary, or staging public debates about abortion or sexuality.

These arguments are not especially difficult to make. The way to defend the freedom to proclaim the Gospel is not to point to what it has in common with pornography and hate speech—viz., theoretical protection by an extreme interpretation of the principle of free speech—but how it differs from them.