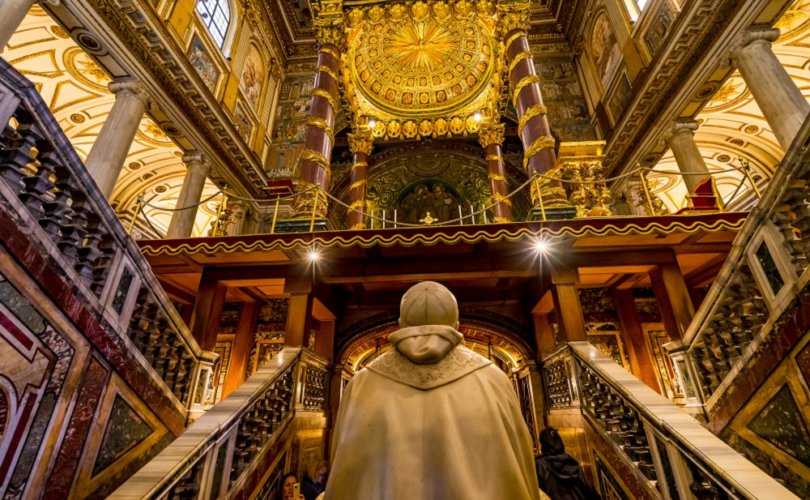 October 3, 2019 (LifeSiteNews) — I was in a car driving with a friend, and he said to me: “You know, it’s really hard in this pontificate to know what to do in front of the children. I mean, you can’t just pretend that everything is fine with Pope Francis. Kids are smart, and they hear stuff. They ask questions. They know something weird is going on. One day when I led the rosary, I said we would pray ‘for the pope’s good intentions.’ But this also struck my older kids as odd. Does that mean he has bad intentions? And the answer to the question is pretty obvious: yes, some of his intentions seem very bad, as the Vatican presents them in its little videos. So what are we supposed to do when we are seeking to gain a plenary indulgence, which requires praying for the pope’s intentions?”

I have noticed this question come up many times in recent years. Some families have stopped praying for the pope’s intentions altogether. Some pray for his conversion instead. That’s certainly not a bad idea, but I think we can all give a deep sigh of relief about the main question.

In the past year, I heard two different traditional Catholic priests — on different continents — give a homily on this subject. Their explanation of what it means to pray for the intentions of the Holy Father was virtually identical.

According to the Church’s longstanding book of indulgenced prayers, the Raccolta (which can be purchased in its last English edition of 1957), the pope’s intentions always include the following objects:

1. The progress of the Faith and triumph of the Church

2. Peace and union among Christian Princes and Rulers

3. The conversion of sinners

4. The uprooting of heresy

Whenever you pray for the pope’s intentions, you are praying for these extremely Catholic intentions. You are even praying for these intentions if you are praying in the sede vacante period between different papal reigns. … [W]e can with confidence pray an Our Father, a Hail Mary, and a Glory Be for the intentions of the Holy Father whenever this is required of us. We should do what the Church enjoins us to do to receive a plenary indulgence. If we do this with faith, and unite our will to God’s, only good can come of it.

In the same spirit, a canon of the Institute of Christ the King Sovereign Priest explains:

It is very good for you to have these specific intentions in mind when you pray for the Holy Father’s intentions. Even if you do not think of them specifically, however, your prayer is still valid, as they are included in the intention of our Mother the Church. Of course the Pope may have other personal intentions, and these can form part of your prayer as well, but this is not necessary.

So, then, we should be at peace. An individual reigning pope is not the only one who determines what are “the Holy Father’s intentions” for which we must pray; the Church herself tells us what they include, and we know they must always include the welfare of the Church in the four ways sanctioned by tradition and by approved publications. If a particular pope happens to have some wayward intentions of his own that conflict with the Faith, his intentions will be invalid, and we will not be praying for them.