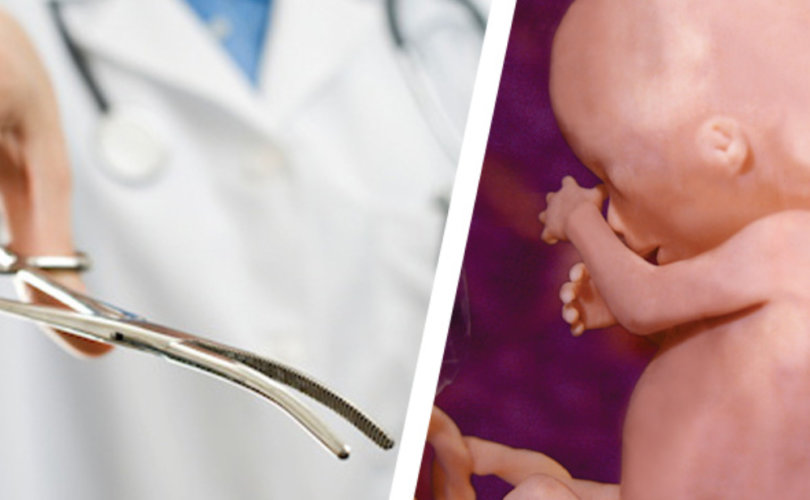 (LifeSiteNews) — Abortion activists have been trying without success to make feticide funny for quite some time.

There were the “abortion comedy” flops—Obvious Child and Unpregnant. Late night hosts and comedians occasionally tackle the subject, although interestingly, the truth about abortion—that it ends the life of a child—often ends up coming out in the process. Louis C.K. noted that abortion was “killing a baby”; Dave Chappelle’s sketch on the subject ended ambiguously.

But a recent TikTok video of an “abortion chaperone”—intended to be the humorous diary of accompanying a woman to her abortion—is outright evil.

The long-haired guy jovially welcomes viewers, announcing that he will be describing a “day in the life of an abortion chaperone.” He is obviously enthusiastic about his job as a deathscort—and instead of denying that abortion kills a baby, he opts instead to joke about it.

“Today I’m joining a friend to get the life sucked out of her,” he says. “Starting my day with a run because she can’t be the only one down a few pounds today. This is the second time I’ve joined a friend for one of these so I’m getting good reps in.” Here he starts flailing his arms. “For breakfast I’m having scrambled eggs to celebrate the scrambling of hers.”

“Then we head out to meet Sam.” He enters an elevator and looks at the buttons. “Look at all those numbers! It reminds me of all the ages her child won’t see.” Huge smile. He passes some bikes. “Teaching her kid how to ride a bike has to be one of the most beautiful moments a parent can have. Not today, though!” His friend Sam meets him at a restaurant. “She’s eating for two, but not for long!”

They begin walking down the sidewalk to the abortion clinic. “And now we’re walking down! I feel like I’m in the movie Juno if they decided it should be a short film.” Here, Sam stops and strokes her baby bump while admiring her reflection in a store window. Juno, you might recall, was a movie about a teenage girl who goes for an abortion, changes her mind in the waiting room, and gives the child up for adoption instead.

Next: “Stopping off at the library because she’ll be gone for about three hours. Ah, my favorite: What to Expect When You’re No Longer Expecting, by Termin Ation and M.T. Womb.” They head into the clinic. “And we’ve arrived! In the waiting room or—as I like to call it—the slay lounge…And just like that—she’s done! She looks like she could fly, although that might just be the wings of her angel baby. Now we’re getting ice cream and there’s three spoons—one for me, one for Sam, and one for sweet, sweet Archibald.”

The ugly truth about this video is that the abortion chaperone is being honest. Sam was carrying a baby, and that baby was making her presence known already. But after a trip to the abortion clinic to drop the child off, the baby bump was deflated and the child was dead. He doesn’t even attempt to use any convenient rhetoric or to disguise what is going on here. And so, to remind anyone who finds this humorous what is actually going on, I challenge you to watch this: