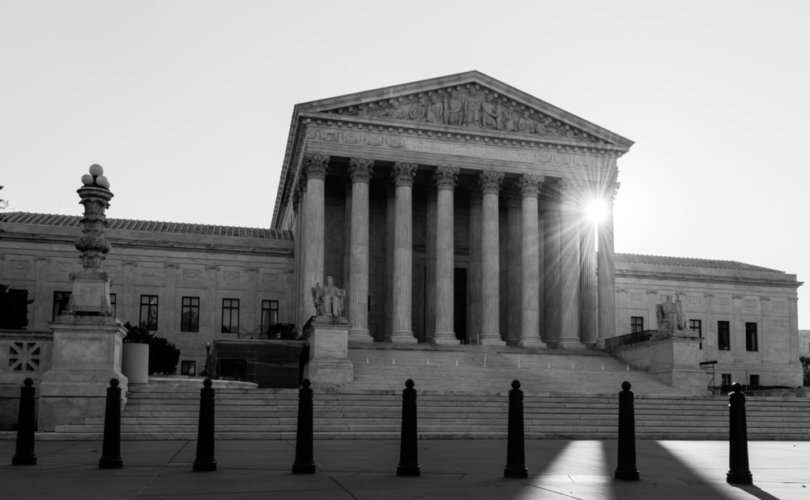 May 30, 2019 (LifeSiteNews) – Think of the fall of the Berlin Wall.  Almost nobody dared dream that such a thing could happen.  The Eastern-European countries which had been surrendered to the Soviet Union at Yalta were freed, and remain free today.  The Soviet Union no longer exists, though it has been replaced by a still belligerent Russia.

Before 1989, almost no one would have thought the collapse of the Soviet Empire was possible. But it happened.

The Soviet Bear was exhausted and hopeless, while the West had three great champions in President Ronald Reagan, Prime Minister Margaret Thatcher and Pope John Paul II.  Freedom was on the march, and oppressed peoples behind the Iron Curtain saw the light and dared to let it awaken hope. And the hope was so infectious that their jailors let them go.  The Berlin Wall fell without a shot being fired.

“The crowd in Philippi joined in the attack on Paul and Silas, and the magistrates had them stripped and ordered them to be beaten with rods.  After inflicting many blows on them, they threw them into prison and instructed the jailer to guard them securely.”

But then, at the darkest point, miraculous light:

“About midnight, while Paul and Silas were praying and singing hymns to God as the prisoners listened, there was suddenly such a severe earthquake that the foundations of the jail shook; all the doors flew open and the chains of all were pulled loose.”

Like the Soviet Army in ’89, the jailer was utterly confounded. But then he was redeemed:

“When the jailer woke up and saw the prison doors wide open, he drew his sword and was about to kill himself…But Paul shouted out in a loud voice, ‘Do not harm yourself; we are all here.”. He asked for a light and rushed in and, trembling with fear, fell down before Paul and Silas. Then he brought them out and said, “Sirs, what must I do to be saved?”

The demise of the 1973 U.S. abortion decision Roe v. Wade may well be as dramatic as the fall of the Berlin Wall or the earthquake that freed Paul and Silas.  It may happen very soon, and it must take place on two fronts; legal and cultural.

Now that there is a conservative majority on the Supreme Court, a strong test case will reveal that Roe v. Wade was poorly decided and is bad law. This is in the works, as laws to challenge Roe v. Wade have passed or are currently being passed in Alabama, Georgia, Ohio, Kentucky, Mississippi and a dozen other states.

To quote Lowry at length:

Justice Blackmun’s opinion provides essentially no reasoning in support of its holding,” a former Blackmun clerk, Edward Lazarus, has written. “And in the almost 30 years since Roe’s announcement, no one has produced a convincing defense of Roe on its own terms.

That’s because none is possible. The court in Roe purported to find the constitutional right to abortion in the 14th Amendment, which says that no state can “deprive any person of life, liberty, or property, without due process of law.

This passage has no obvious or even subtle connection to legalized abortion (in fact, abortion laws were being tightened in the 19th century when the amendment passed). No matter. According to Blackmun, abortion is so central to liberty that no restriction on it can stand constitutional scrutiny.

He is at pains to deny that unborn children are “persons in the whole sense.” As evidence, he points to clauses in the Constitution about persons that don’t have “prenatal application,” e.g., the requirement that persons must be 35 or older to run for president.

This is too stupid for words. Just because clauses like this refer to adults doesn’t mean that minors, or unborn children, don’t have rights.

The second necessary piece is an overt popular revulsion at the cultural fruits of Roe v. Wade. Though there are few external signs right now, I believe there is latent exhaustion and even disgust with the fallout from the Sexual Revolution and fruits of Roe v. Wade, and this will emerge suddenly and with shocking force.

Every American lives under the dark cloud of abortion culture. If you were born after Roe v. Wade in 1973, you have a deep sub-conscious awareness that you could have been aborted. This matters because it means you began like a slave, a person who was not recognized as a person. You live today only because your mother opted not to abort you. Your very being is a contingent good, dependent upon the caprice of your mother. Every person since Roe v. Wade exists within this existential crisis, where your mother, the source of life could have been the source of death had she so chosen. This has created a pervasive sense of distrust and meaninglessness, compounded by the lonely realization that we walk among the ghosts of our aborted brothers and sisters.

Those born since the legalization of abortion have rightly been described as “the survivor generation”.  To this we must add a strong emphasis on the psychological burden of survivor guilt.  As often happens, many of those burdened by survivor guilt have themselves gone on to become perpetrators, and act out the very injustice they endured. Much about us is a miniature reflection of a broader inherited architecture of meaning, even if that architecture is deeply flawed.

We live within a deep cognitive dissonance. Diametrically opposed ideas are at war within us. And cognitive dissonance seeks resolution. On the one hand, being itself is ordered towards the good.  We naturally take in oxygen, hydration and nutrition, we restore ourselves with rest, we care for ourselves and seek those things which make life pleasant. But at the same time, we live at odds with the perpetuation of being. We actively justify the deliberate, legal killing of babies.

We have internalized the principle of progress, which can be summed up as “newer is better”.  We have commodified ourselves and constantly seek to re-package ourselves as next year’s model.  Our children are an existential threat because they are the newer model who would supplant us. As a result, we are deeply sick.  This is revealed in what we find entertaining. The shows which mirror our souls feature mindless violence, boring pornography and a fascination with an impending zombie apocalypse in which the undead will exact their revenge.

We are sickened by our desperate condition and huge numbers medicate with anti-depressants and/or go on to commit suicide.  And now, in the advanced stages of degeneracy we each look out from our private hell and watch the walls of the culture close in upon us.

Core liberal principles of freedom of speech and equal opportunity are deeply threatened by the culture which has emerged from Roe v. Wade. Legalized killing of children in the womb is so unnatural, and such a fundamental injustice, that it has thoroughly disoriented us. The moral blind spot created by legalized abortion has prevented us from seeing basic truths about the intrinsic significance of the sexual act, the inviolability of marriage, the truth that marriage realizes the complimentarity between a man and a woman, the binary reality of maleness and femaleness and the unchangeable fixity of maleness and femaleness. And now, our blindness to these truths has resulted in enslavement to lies.

The question is, have we hit bottom? And if we have, is there a way up? Maybe it is unjustified wish-projection, but I think we have and there is.

It may not be apparent in the broader culture, and it certainly looks like the Millennials are marching to the left, but I’ve noticed big changes in Generation Z, the high school students I teach. Four years ago, when Bruce Jenner announced his transition to become Caitlyn, there was the sudden appearance of imitators in high schools and universities everywhere.  They enjoyed an automatic social cachet for the audacity of their existential transformations.  These were mostly kids who had been invisible, now wearing the mantle of the avant-garde. But that social capital has all but evaporated.  Those who posture as transgendered no longer enjoy attention. There are far fewer of those extreme manifestations. And there is a breathtaking, politically incorrect awakening.  Just in the past couple of years, there seems to be a grassroots restoration. In every class, there are significant numbers of students who are fans of Jordan Peterson, Ben Shapiro, and Steven Crowder.

Of course, small signs of recovery observed and reported anecdotally does not a movement make.  But sometimes really big changes happen with little or no warning.

What caused the fall of the collapse of communism?  What prompted the jailer to free Paul and Silas and convert to Christianity?  Will we see a similarly miraculous liberation from Roe v. Wade?