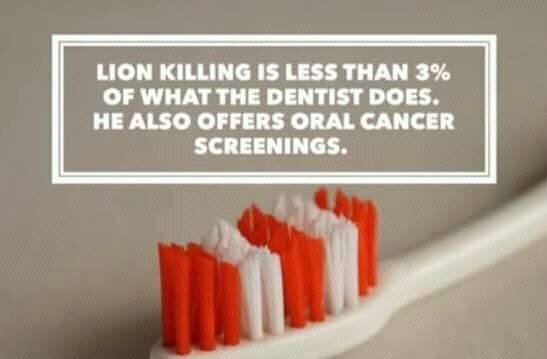 For years Planned Parenthood has claimed that abortion only makes up a measly, piddling “3%” of its services.

The statistic is nonsense. But most people never bother to question it, and with the mainstream media repeating the figure ad nauseam the 3% lie has been a gadfly in the face of pro-life efforts to inform the public and get Planned Parenthood’s half a billion dollars in taxpayer funding yanked.

Which is why it’s so significant that a 2013 article by one of the senior editors of the far-left online magazine Slate is starting to make the rounds today. I don’t know how it passed the notice of the pro-life movement when it was first published, but with Planned Parenthood dominating the headlines, it's time to resurrect the piece.

Senior Editor Rachael Larimore says it like it is. The 3% statistic is, she says, “meaningless—to the point of being downright silly.” Her piece itself is titled, “the most meaningless abortion statistic ever.”

And why is it so silly? Because, as pro-life activists have been patiently explaining since forever, Planned Parenthood “unbundles” all of its services in its reporting. That means that if a woman comes in for an abortion, and in the meantime also gets an STD test and birth control pills, then Planned Parenthood counts this as three “separate” services, even if she really came in just for the abortion.

And then there’s the huge disparity in the cost and magnitude of these various services. An abortion is a big deal: it’s a relatively serious surgical procedure that involves a physician, nurses, an anesthesiologist, involving repeat visits. Getting your birth control pills, on the other hand, is an in-out procedure. But Planned Parenthood counts them as equivalent procedures. Which again, is silly, and totally misleading.

To illustrate this, let’s make a comparison with an actual business. Say I open a watch store. I sell lots of those cheap plastic digital ones that you can get at discount stores. And I sell some Timex and Casio, and also some nicer designer watches. But then I also keep a few superexpensive Brightlings and Patek Phillipes in stock. And maybe those only make up 3 percent of my sales. But selling only a handful of fancy watches brings in far more than 3 percent of my REVENUES. And so it is with abortion.

At least a third. We’re pretty far afield of the 3% figure now, aren’t we?

Larimore finishes with the real kicker. Pay attention to the numbers here, because they are truly appalling:

Finally, as several pro-life memes floating around the Internet have pointed out, even if Planned Parenthood only did spend 3% of its time killing babies – that’s still 3% too much murder.

The United States is an increasingly pro-life country. People don’t like abortion. It’s messy. It’s ugly. And for many who are truly pro-life it’s the senseless killing of an innocent human being. Most people don’t want their tax dollars going to fund abortion. Which is why Planned Parenthood continues to try to pull the wool over everybody’s eyes with its bogus 3% claim, adding other false claims about things like mammograms (which Planned Parenthood doesn't provide).

Don’t let them. Spread the truth.