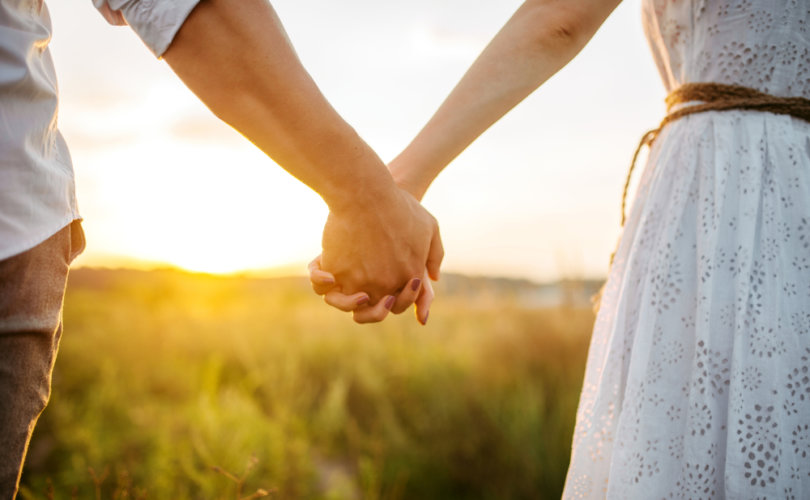 April 22, 2020 (LifeSiteNews) – I’d like to add something to my recent post about ‘consequence-free sex’, something more about the motivation for chastity.

In that post, I noted various consequences of the lifestyle of “serial monogamy shading into promiscuity”, which is the expected, if not universal, way of life for unmarried people.

Among these consequences are the spiritual consequences, which are of ultimate importance.

Chastity requires heroic resistance to social pressure, and the best foundation for this resistance is a supernatural love of virtue. Nevertheless, in this post I want to say something about another aspect of the situation which tends to be ignored: we might call it disgust at sin, or shame.

When I was a philosophy student, I heard the late Prof. Bernard Williams talking about virtue, and how virtue concepts change over time. There is something in this: the conception of honor found in Homer, for example, is somewhat different from that found in Dickens. The example he used, however, was chastity. As a virtue concept, he said, it had completely lost its applicability in modern moral discourse. It no longer has any meaning.

Williams was wrong. To see this, do an internet search for the term “slut-shaming”.

Twitter offers a particularly rich trove of results. Slut-shaming is not something anyone admits to doing, so you won’t find defenses or sympathetic definitions of it. What you do find, however, is terror, hurt, and rage, at perceived slut-shaming. You might think: this shows that accusation does not fit into an accepted system of criticism and justification like, say, honesty and dishonesty. After all, the usual reaction is not to defend a person from a shaming accusation (“she didn’t cheat on her boyfriend!”) but to protest that such an accusation should never be made (“so what if she cheated on her boyfriend!”). Nevertheless, this is not the result Prof. Williams would have expected. If someone told me that I had failed to defend my family’s honor in a Homeric fashion, say by burning down the homestead of a man who had insulted me, I wouldn’t become enraged by this accusation, I would chuckle. The women who think they’ve been shamed about their sexual behavior aren’t laughing. They fear this. It matters to them.

I’m not about to advocate shaming young people to keep them in line. My interest in this phenomenon is rather this: it demonstrates that people are still deeply concerned about chastity, even if they don’t use that word. Many people would like to free themselves from the shackles of chastity, but they can’t, and they remain concerned about other people’s perceptions of their sexual standards. If our great-grandmothers could see these anguished social media debates, they would inform us that a woman’s sexual reputation is a dominant component of her social value. Is it really possible that people still think that? It is as if our supposedly prudish ancestors are haunting us, causing the most care-free and sexually liberated generation in history to wonder, in moments of weakness: does what I have just done make me a bad person?

We can express this phenomenon in terms more familiar to the Catholic spiritual tradition. What liberated young people, of both sexes, cannot free themselves from is the disgust at sin. They can numb themselves to it, certainly, but they can’t completely eliminate it, because everyone has a fundamental intuition about morality. As St Paul notes, even those without access to the revelation made to Moses, the Gentiles, have the law—if not the Law of Moses, then the Natural Law—“written on their hearts”, and it is on this basis that they will be judged by God (Romans 2:15-16):

Their conscience bearing witness to them: and their thoughts between themselves accusing or also defending one another, in the day when God shall judge the secrets of men by Jesus Christ.

It is true that the social conventions governing sexual behavior outside marriage have collapsed, but those hoping that this would free us all from guilt have been disappointed. On the contrary, it is now much less clear than before what one needs to do to be doing the right thing. Instead of making everything permissible, the disappearance of the bright line between right and wrong has had the result that perfectly typical behavior has become morally dubious.

Modern Catholic education has tended to proceed on the assumption that, as Prof. Williams thought, traditional concepts and arguments about chastity no longer have any social traction. This is not accurate.

Certainly, things have changed, and for the worse.

Adherence to traditional morality won’t make you admired and respected, as it once would. But having a firm and articulate grip on what is truly shameful, and what is not, enables young people to navigate the hell-scape of modernity with free hearts and clear consciences, and lifts them out of range of the bitterest of all accusations.