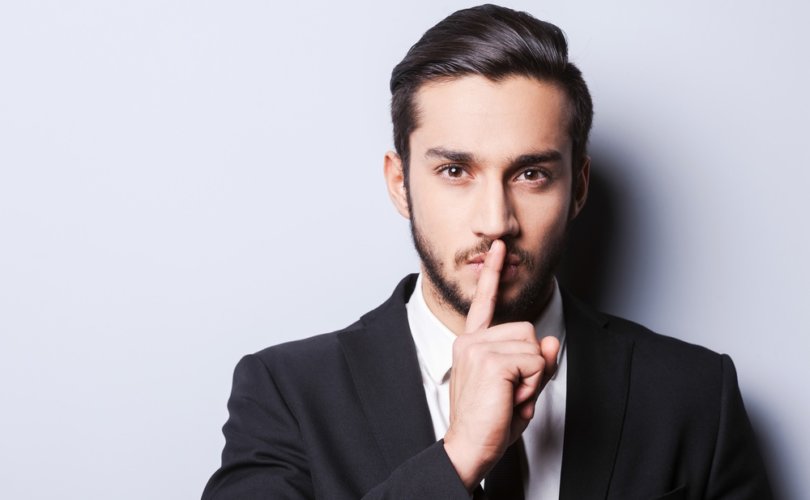 August 2, 2018 (LifeSiteNews) – It is hardly shocking, in this era of exposed progressive hypocrisies, to discover that some impeccably progressive public figure has a closet full of nasty secrets.

There was the paradigm-shattering discovery that Harvey Weinstein and a score or so of other Planned Parenthood donors were actually sexual predators. There was the abrupt downfall of feminist hero and New York Attorney General Eric Schneiderman, who was apparently enthusiastic about abortion and beating up his girlfriends. Senator Al Franken, who served as a relentless and reliable attack dog for the abortion industry on a variety of committees, was forced to resign in the wake of sexual misconduct allegations. Even Canadian Prime Minister Justin Trudeau has been accused of groping a female reporter back when he didn’t have a carefully constructed image to uphold.

These examples and many more have triggered a series of discussions on the not-so savoury reality of the “male feminist,” Clintonian men who know all the right buzzwords and support all the right causes but also happen to be pigs. Many now-conservative women who left the Left have written about the predatory men that they were forced to deal with in progressive circles—men who would, incidentally, be fierce in their defence of the right of women to abort any children that might be conceived in their casual encounters. As it turns out, there are plenty of selfish reasons a man might be fervent in his support of reproductive rights, and they have nothing to do with a passion for the works of Gloria Steinem.

One of those men, it turns out, is Cenk Uygur, the host and creator of The Young Turks, a popular left-wing YouTube show. Uygur, who never passes up a chance to discuss his feminism and support for abortion, turns out to have been a very different sort of bro in the early 2000s, when he ran a blog recently uncovered by The Wrap. Uygur, it turns out, has written that women are “genetically flawed” because they don’t want to sleep around enough (especially with him), wrote that women should be sexually available for men very early in the dating process, and details evenings where he managed to successfully round a few bases with several dozen women.

It gets worse. In another blog post, Uygur’s buddy (David Koller, now senior vice president of operations at the Young Turks), describes teenage girls “around 14-16” as “whores in training.” As recently as 2013, in fact, Uygur was tweeting out explicit admiration of a variety of female attributes that did not include anything remotely feminist, and would certainly not pass muster in the #MeToo era. Uygur responded to the discovery of these blog posts by The Wrap by admitting they were “ugly,” insisting he and his buddy had never picked up any underage girls, and noting that he deeply regretted “having written that stuff when I was a different guy.”

So what does Uygur mean when he says that he was a “different guy” back then? He means that he was (apparently as recently as 2013, if his tweets are any indication) a right-winger. “If someone said that today, I would heavily criticize them on the [Young Turks] show and rightfully so, and I have,” he told The Wrap. “I’ve criticized myself over the years. I had not yet matured and I was still a conservative who thought that stuff was politically incorrect and edgy.” How very big of him, to criticize some fictitious, conservative version of Cenk.

It’s also a colossal cop-out. The reality is that conservatives have opposed the very Sexual Revolution that Cenk and his progressive pervert pals have championed as a way of life. There is nothing conservative—nothing—about demanding that women acquiesce to the sexual demands of men like Cenk in a dating relationship, or referring to teenage girls in crude, pornographic language, or documenting long nights of hedonistic activities. Perhaps a few crude pretenders like Milo Yiannopoulos think that talking about women that way is conservative because he, like Cenk, has confused “conservative” with “edgy,” but no reasonable person with a basic grasp of conservatism can make that claim without being phenomenally and intentionally disingenuous.

And as it turns out, Cenk must have been a “conservative” very, very recently—at least according to one former Young Turks staff member who spoke to The Wrap on the condition of anonymity, relating how Uygur “still makes comments that make female staffers uncomfortable.” Apparently, you can’t teach an old dog new tricks. “Cenk is just a knucklehead. He’s a boy. He talks about women the way I talked when I was 13,” the former staff member related. “He’s obsessed with body count—basically, how many people you [had sex with]. This is an important number to him.”

There you have it. Cenk Uygur, the Feminist-In-Chief of The Young[ish] Turks, turns out to be just like so many other progressive abortion enthusiasts: A man who claims he respects women, but acts and speaks as if they are sex objects. And what does he do when he gets caught? He does the only thing he can think of: He claims that he is one of those “conservatives” he loves to hate so very much, because it is the only thing he can think of doing to squirm away from the evidence, written by his own hand, that he is nothing but a shallow hypocrite that champions the Sexual Revolution so that he can increase his “body count” of women.