‘Sodomy is the glue’ that binds the LGBT movement

The impossible dissonance of the side-by-side existence of the two is never called into question, despite the fact that both cannot possibly present a true picture at the same time. But lies certainly can coexist comfortably, especially when masterfully woven by the archenemy of humanity, the father of lies.

One doesn’t need to be a Christian to realize that the LGBT movement trivializes the lives of the men, women and adolescents swept up in its fervor. One needs only to be a reasoning adult with eyes, ears, and a functioning conscience.

And one also needs to be courageous enough to call a lie “a lie” in an age where truth-telling has become exceedingly unpopular, and in more and more jurisdictions, a criminal offense. 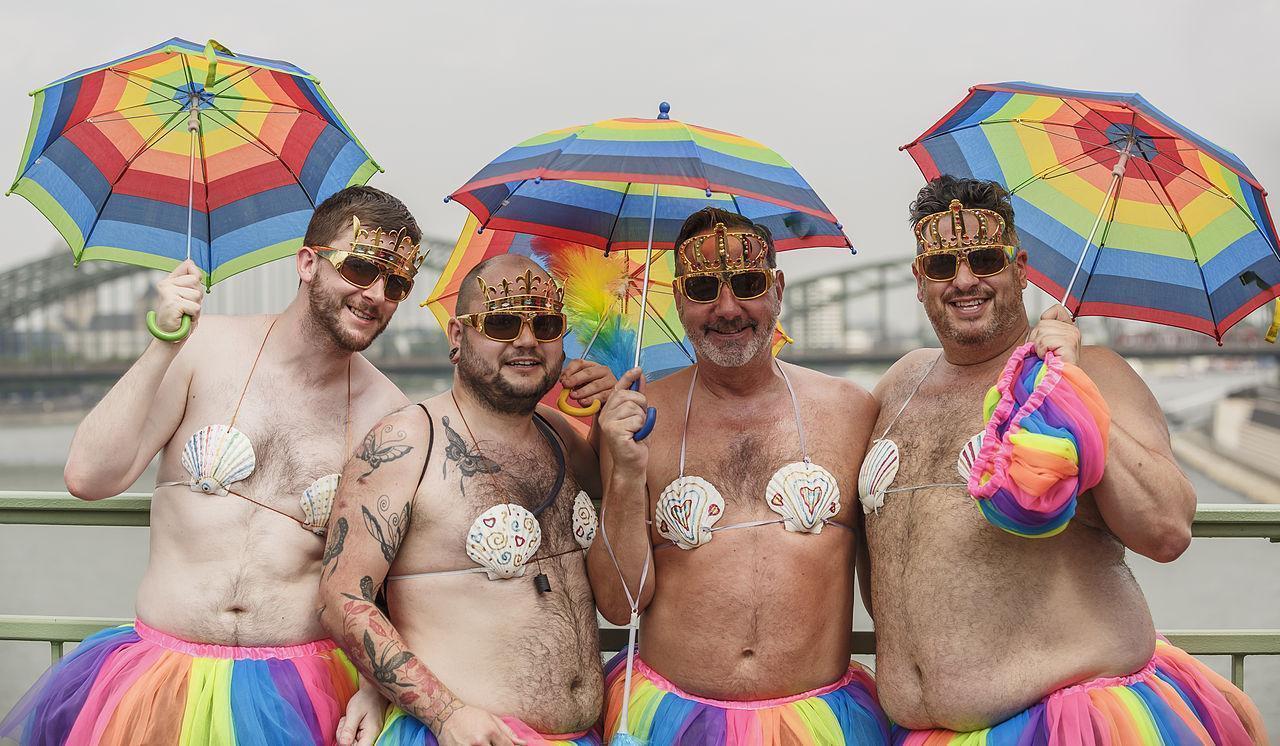 The LGBT movement isn’t actually about rights. No matter what the activists say, it’s about draining authentic human experience from as many lives as possible. It’s about dragging souls away from authentic love and authentic sexuality, authentic mental and emotional health, while simultaneously trading these for a diminished, synthetic, trivialized experience of life.

Sodomy is the glue

Think about it: Why does the LGBT world exist? Around what idea have millions coalesced? An old friend nailed it a couple years ago when he pointed out, “Sodomy is the glue.”

Sodomy is the glue that holds the entire LGBT movement together. Put another way: The protection, propagation and normalization of sodomy is the animating reason behind every LGBT group around the world.

If you take sodomy out of the picture — along with every other non-conjugal “sexual” act that men perform on men and women perform on women — why would “pride” celebrations exist? Without sodomy, what flock would be pastored by the Metropolitan Community churches? New Ways Ministry? Dignity?

Without sodomy, would there be an audience for Fr. James Martin, S.J.’s books?

What purpose and what constituency would the Human Rights Campaign (HRC) serve? Why would GLAAD, PFLAG, and every other organization from “gay softball” and “gay bowling” leagues to “gay flying” and “gay bridge” clubs continue?  To what would “FBI Pride” and “Log Cabin Republicans” solicit members?

Without sodomy, what would draw tenors, baritones and basses to sing in “gay men’s choruses?” (Full disclosure: I sang with GMCW during the 2003 season). 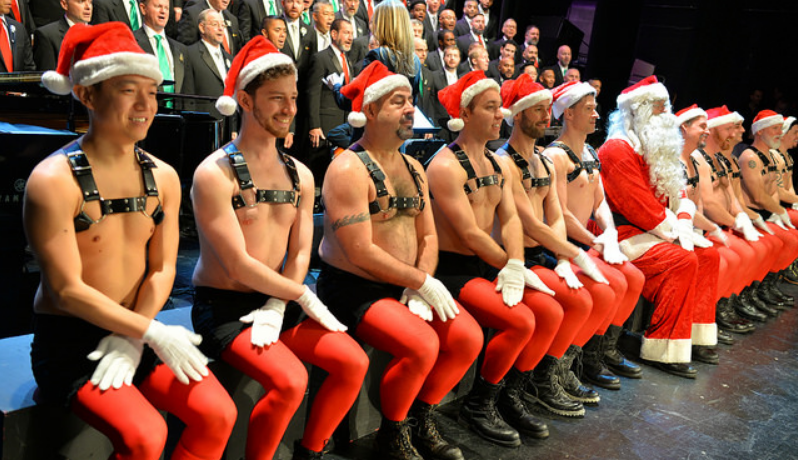 For these groups and many others, the only interest binding their members together is sodomy. The only reason for their existence is sodomy. Sans sodomy, their bond dissolves.

In our politically correct western world, the term “sodomy” has become verboten, as if it were a pejorative. It is not. It is a forbidden word because it is too truthful, too meaningful, describing too precisely the sole act upon which the entire LGBT movement rests.

Sodomy is not only the glue — the mortar — that holds together the entire LGBT house,  it is the foundation upon which the edifice rests.

In essence, sodomy is everything to the LGBT movement. Everything. It defines the movement. Not love, not romance, not commitment, not responsibility. Certainly not procreation. Sodomy and none of these other things is the progenitor, the father, of the movement.

With sodomy gone, there is nothing left of the LGBT movement. But what would be left for the world would seem like a miracle: Philia — the only authentic form of intimate love between men.

Think about it: The LGBT movement has managed to not only distract humanity from philia, it has tainted it, poisoned it for many, because expressions and experience of philia are too easily, too quickly interpreted as ‘gay’ experiences.

Sons of Esau: LGBT movement impoverishes the lives of millions

As a young, same-sex-attracted man, personal experience taught me about the value of philia over mono-gendered-oriented eros.

During college and throughout my 20s, I had many close friends who were handsome, athletic, and intelligent, with terrific personalities. I longed to have an intimate relationship with any and all of them. However, I enjoyed something far greater, something that surpassed carnality in every way: Philia (the love between true friends) — a love unappreciated by so many because eros is promoted in its stead.

I wouldn’t have traded the quality of my relationships with any of these guys for an opportunity to engage in sex. No regrets. In fact, I always felt like the luckiest man on the planet. Denial didn't diminish or impoverish my life. It made my life experience richer.

Men who enter the gay world adjust their entire worldview and their role within it in order to accommodate what quickly becomes the dominant aspect of their lives: their homosexuality. In so doing, they trade rich lives for one-dimensional lives. Yet this is what our politically correct, postmodern world teaches all who are same-sex attracted to do. This is what the prince of this world baits us into doing.

We think we are “special” because of our attraction and so when things don’t go our way, surely “it’s somebody else’s fault,” and “I’m a victim of their mistreatment or morality.” It’s a lie. We aren’t “special.” We’re not even all that special as sinful beings. We are dime-a-dozen, run-of-the-mill sinners, nothing more.

I went along with it for a long while but slowly turned back when I witnessed my life shrinking and not flourishing. I was horrified by the life-crushing, one-dimensional existence I was entering.

Like Esau who traded his inheritance for a bowl of soup, many millions are trading the riches of human life in all its wonderful facets for the peculiar predilection of sodomy and its strange array of relatives and relations.

In arrogant, flamboyant manner, the “pride” events showcase the oozing of humanity — authentic humanity — from society while at the same time and perhaps more tragically they display the bleeding of a true, innate sense of personhood from soul after soul after soul. 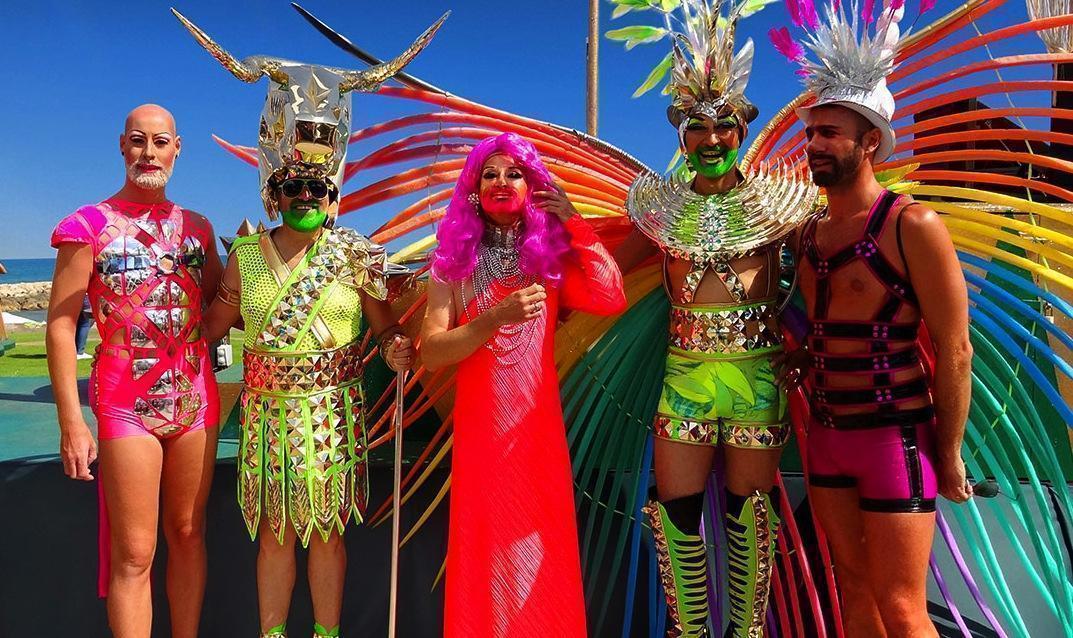 The LGBT movement exalts in cartoonish, not real, humanity, where men and women are divorced from real, actual sexuality. Sadly, the ‘cartooning of self’ is a legitimate expression of self, a signal that “I am no longer tethered to true human experience.”

The normalization of ‘gay’ and ‘transgender’: The successful de-Christianizing of the western world

The embrace of homo- and trans-normativity are more than what they seem. Along with abortion, divorce and rampant contraception, they are evidence of the nearly complete secularization of the western world.

More than that, they are evidence of the ascendancy of the anti-Christ spirit overtaking the planet. We witness the prince of this world flexing his muscle, sneering, flouting his hubris, displaying his contempt for both Christ and His Bride, revealing himself to be the “ancient serpent, who is called the Devil and Satan, the deceiver of the whole world.” (Revelation 12:9).