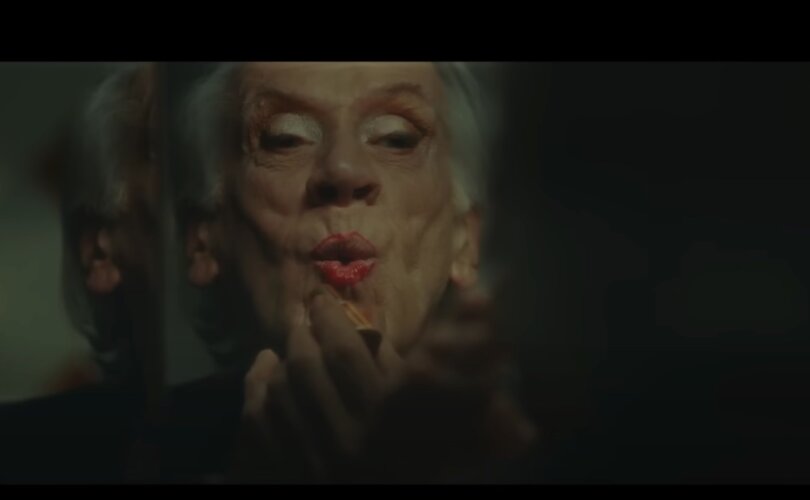 (LifeSiteNews) – Despite their corporate aims, many holiday season commercials released over the last few years have been very powerful. There was the 2021 Chevy ad highlighting a daughter comforting her widowed father in a four-minute mini-film more powerful than most Oscar winners. In 2014, Sainesbury’s released a Christmas advert with The Royal British Legion depicting the 1914 Christmas Truce for the centennial of that magnificent event. And this year, the retailer John Lewis released a beautiful ad showing a prospective foster father preparing for the arrival of a foster child, taking great pains to learn out to skateboard.

But as the sexual revolution conquers everything, we’re beginning to see creative talents turn towards selling not just family, home, and heritage – but gender ideology, alternative lifestyles, and even, as we saw recently, assisted suicide (that famous Simon’s video has been deleted, and it has since been revealed that the woman featured in the film opted for assisted suicide after failing to procure the help she needed). Sprite released an ad promoting “breast-binders” for teens, with a smiling grandma sending her grandchild off to Pride in drag. Gillette very famously released a transgender ad with a father helping his daughter who identifies as male shave for the first time. And Starbucks released an ad in 2020 that also glamorized transgenderism, telling the story of a “transgender kid” hearing a new chosen name for the first time.

The latest addition to this growing list was a Christmas ad released by J&B Blended Scotch Whisky in Spain titled “She, a Christmas tale by J&B.” It begins with a very traditional scene – a flock of sheep on the move, a traditional village in the background, an old man by the fire. But then, as the song “She” plays in the background, the story emerges – the grandfather is trying to learn how to apply makeup. There are weird, mildly grotesque scenes of the old man attempting to put on bright red lipstick, making him look like the Joker. He buys makeup; gets magazines; tries to apply eye shadow. Initially, it appears as if the point of the film is going to be that the old man himself is considering donning a new identity.

But the message becomes clear when his grandson Alvaro arrives with his family for Christmas. He gestures to his grandson, takes him into the bathroom, locks the door – and then tenderly applies women’s makeup to the young boy’s face. They emerge to present “Ana” to the family, and everyone stares, stunned, with his bearded father looking at him with tears in his eyes. Alvaro, with the help of his elderly makeup artist grandfather who has been practicing on himself for months, has come out as transgender. J&B Blended Scotch is on hand to help celebrate the gender confusion, and a very non-traditional Christmas ensues, with the family immediately getting over their shock and embracing their new “daughter.”

According to the ad’s description: “At J&B we want everyone to be able to celebrate at Christmas, without anyone being left out. But, sadly, on these dates, many people from the LGTBIQ+ collective feel uncomfortable or rejected in their own families and cannot celebrate with them. For this reason, we have made this Christmas story starring a grandfather and his family.”

The ad has already racked up 2 million views, with a debate unfolding in the more than 3,000 comments. The first comment: “How’s this going to help us selling more whisky?” “Uh? Selling whisky?” And that’s precisely right.

These corporations are selling products by selling you a worldview. The best ads, like the recent Chevy ad, highlight traditional family values, helping neighbors, and remembering the grieving during the holiday season. The worst ads played to crass lusts, using scantily clad women to sell cars, for examples. Now, we’re seeing the LGBT movement fuse these things together, with “affirming” elderly grandparents and middle-aged parents putting makeup on their sons and wrapping breast-binders around their daughters to flatten their chests and sending them off to live happily ever after. Corporations are partnering with creatives to present a new normal.

As one commenter noted under the video: “Brought to you by J&B Scotch… You’re gonna need it.”