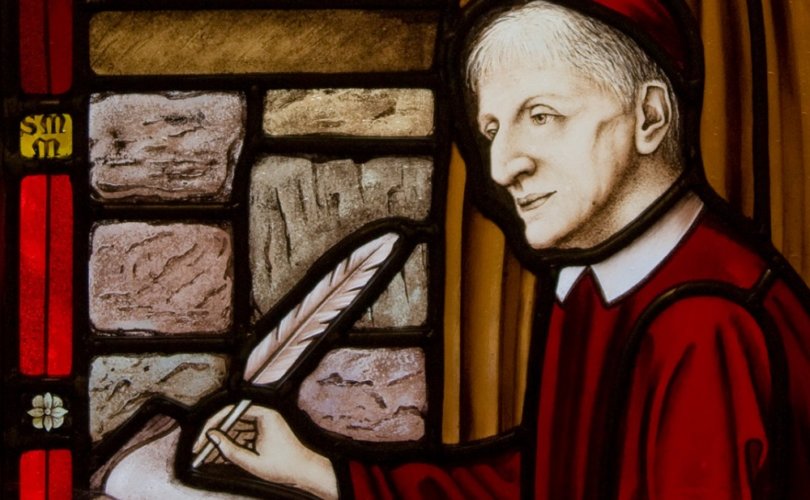 June 30, 2020 (LifeSiteNews) — Today, on the traditional Roman rite calendar, is the Commemoration of the Apostle St. Paul. In olden times, June 29 was so focused on celebrating the figure of St. Peter (see Propers for June 29) that St. Paul was thrown somewhat into the shade, and, out of that sentiment of courtesy so characteristic of Western civilization at its height, the feast was extended into a second day on which Peter’s Roman companion Paul would receive the lion’s share of attention (see Propers for June 30).

St. Paul is often put forward as a representative of Protestantism or as an emblem of ecumenism, but he is neither; he is as Catholic a saint as St. Philip Neri or St. John Henry Newman.

Last month, I spoke about Newman’s devotion to St. Philip Neri, who lived at the time of the Protestant revolt, when Christians were abandoning Holy Mother Church in favor of self-constructed churchettes. Neri understood that a major incentive (if not justification) for such defections was the lack of fervor and the corruption displayed by the earthly members of the Catholic Church. For the love of God, he — like history’s greatest evangelist, St. Paul — devoted all his energies to the recovery and deeper conversion of nominal Catholics, a spiritual work of charity our age needs just as much as, if not more than, his own.

We can see an analogous passionate devotion to the revitalization of Catholicism in St. Philip’s most famous disciple, St. John Henry Newman, for whom it took two basic forms: first, an earnest attempt to “recatholicize” the Anglican Church; second, after abandoning the Anglican Church as a lost cause, a no less earnest attempt to help his fellow countrymen rediscover the truth of Catholicism and to embrace it wholly, as he had done, leaving behind a national church that had been fashioned by men out of bits and pieces of Christian tradition. A striking passage in the Apologia Pro Vita Sua (Note E) expresses just this point:

[U]nwilling as I am to give offence to religious Anglicans, I am bound to confess that [upon my conversion] I felt a great change in my view of the Church of England. I cannot tell how soon there came on me, — but very soon, — an extreme astonishment that I had ever imagined it to be a portion of the Catholic Church. For the first time, I looked at it from without, and (as I should myself say) saw it as it was. Forthwith I could not get myself to see in it any thing else, than what I had so long fearfully suspected, from as far back as 1836, — a mere national institution[.] … And so I recognize in the Anglican Church a time-honoured institution, of noble historical memories, a monument of ancient wisdom, a momentous arm of political strength, a great national organ, a source of vast popular advantage, and, to a certain point, a witness and teacher of religious truth[]. … [B]ut that it is something sacred, that it is an oracle of revealed doctrine, that it can claim a share in St. Ignatius or St. Cyprian, that it can take the rank, contest the teaching, and stop the path of the Church of St. Peter, that it can call itself “the Bride of the Lamb,” this is the view of it which simply disappeared from my mind on my conversion, and which it would be almost a miracle to reproduce.

In spite of passages like this, there were not lacking Catholic bishops and cardinals, shortly before and after Newman’s canonization on October 13, 2019, who hailed Newman as a forerunner of today’s ecumenism. He was, in fact, nothing of the sort. He would have held in contempt the idea that “we should all just faithfully continue to be whatever we are”: Lutherans should be good Lutherans, Anglicans should be good Anglicans, and so forth, until at some unspecified Omega Point all confessional differences melt away and we find ourselves as one Church, not through active conversion, but by a kind of passive convergence.

In truth, Newman expended himself in the effort to explain to non-Catholics why the Catholic Church was the one true Church, and consequently — with their prejudices removed and drawn by God’s grace — why they should become Catholics, even as he had done (and at immense personal cost, living for decades with the burdens of his decision).

On the day of his reception into the Catholic Church, October 9, 1845, he sent out thirty letters to his closest friends, in which he called the Catholic Church “the one true Fold of the Redeemer.” After 1845, he always prayed that England would return to the Faith, and he worried seriously about the salvation of those outside the fold.

In a letter of 1850, Newman shows that he considers other Christians to possess individual truths, but that these truths find their normal, natural, and complete form and home in the Catholic Church:

I do really think the character and variety of the converts to Catholicism of late in England form a most powerful argument, that there is such a thing as ascertainable truth in religion — and I am willing that a man should set against them, Luther, Cranmer, and Co., if he wishes. Next, it must be considered that, though there is a profession of certainty among Protestants, and pious earnest people among them, yet their certainty commonly relates to, and their religious life is seated in, doctrines which are included in Catholicism — so that their certainty cannot be considered to contradict and invalidate the certainty of Catholics. (Ward i, 622–24)

In a letter to Francis William Newman on January 18, 1860, he wrote: “I think many a Protestant has principles in him which ought to make him a Catholic, if he followed them out.”

In a letter to Lady Heywood, November 15, 1875, Newman assessed the benefits of the Anglo-Catholic movement precisely by its fruits of conversion:

The Catholic movement in the Anglican body has now been going on for forty years and more, and what has it actually done? May we not determine God’s purpose in it, by its effects? Well, then, has it not carried on a great number of earnest individual Anglicans to Catholicism? … [C]an a divine work fail? and may we not determine what the movement was intended to do by what it has actually done? (Letters and Diaries 27:377–78)

In a letter on November 22, 1875, he advised one correspondent, Mrs. William Robinson Clark, to enter the Church because he saw that she was ready in conscience to do so:

I have but one answer to your questions — You say “Thank God, I have no longer any doubt about the Catholic Faith, I firmly believe Jesus Christ founded one Church, and that the head of the Church is the Pope.” Then you are bound to be received into that Church without delay. (Letters and Diaries 27:381)

To another who had already converted, Miss Emily Buchanan, he wrote on April 16 of the same year:

I am very glad to receive from you the tidings of your conversion, and am thankful to God both for it and for the circumstances under which it occurred. God has been very gracious to you — and you may feel confident that He who has done so much for you will do still more. (Letters and Diaries 27:278)

St. Paul lived and taught the Catholic faith in the 1st century, St. Philip Neri in the 16th, St. John Henry in the 19th, and every saint in every century did the same, regardless of changing circumstances and expressions. This is the Faith all of us, too, are called to embrace, profess, and live — persevering in the grace of God, fighting a good fight, witnessing bolding for God and religion in the midst of sinners, overcoming ourselves and doing our whole duty.

By the prayers of the great Apostles of Rome Peter and Paul, of the “Second Apostle” of Rome, Philip, and of his saintly follower, may God be very gracious to us, as He was to them.