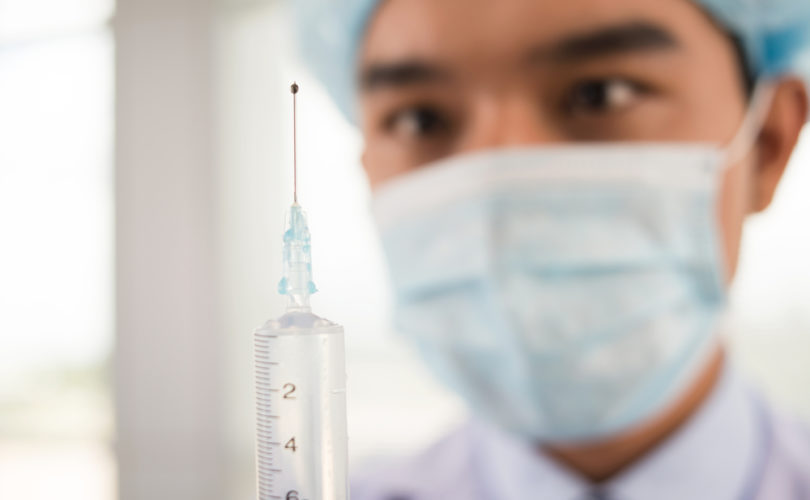 March 15, 2019 (LifeSiteNews) – The legalization of assisted suicide and euthanasia carries far graver consequences than most of the voting public realizes.

While these policies are sold as merciful responses to those suffering horribly from terminal illnesses, the reality is a society in which the state creates two classes of people: Those eligible for assisted suicide, and those who are not. In other words, some people have lives so valuable it is illegal for them to kill themselves, and the force of the law, as well as the full range of available suicide prevention services, will be wielded to keep such people alive. Others have lives so worthless that the state will rescind these protections and actually assist them in the process of taking their own lives.

With movements to legalize assisted suicide and euthanasia getting traction across the Western world, there is some encouraging news in the battle for ethics at the end of life. Earlier this week in Arkansas, a proposal that would have permitted doctors to prescribe lethal drugs to terminally ill patients for the purposes of killing them failed at an Arkansas House panel. The proposal was particularly concerning as it was put forward by a Republican, Representative Dan Douglas, which increased the chances of it obtaining bipartisan support. Douglas’ bill, which died after failing to receive a motion to go to the chamber floor from the House Public Health Committee, would have inserted an exception into Arkansas’s ban on physician-assisted suicide.

In New Mexico, a bill that the Euthanasia Prevention Coalition’s Alex Schadenberg referred to as “the most extreme assisted suicide bill I had ever seen” was stopped. House Bill 90, which would have legalized so-called “medical aid in dying” for those who were both terminally ill and mentally competent, was introduced by Democratic Representative Deborah Armstrong and her fellow party member Senator Elizabeth Stefanics. As with the Arkansas bill, it would have permitted physicians to prescribe lethal drugs to those requesting suicide. The bill had already made it through two House committees and had been tabled in the House of Representatives late in February at Armstrong’s request despite the fact that the bill needed several more votes in order to pass.

“What we do have, though,” Armstrong stated, “is the drive and the commitment to keep building momentum, to keep reaching out to legislators on both sides of the aisle, and to keep educating people about medical aid-in-dying…something like this takes time.” In an effort to recast a suicide bill as an act of mercy, suicide activists named House Bill 90 after the late judge Elizabeth Whitefield, who passed away from cancer in the summer of 2018 after years of lobbying politicians for the legalization of assisted suicide. Fortunately, reason prevailed over emotion and legislators voted Bill 90 down on moral and religious grounds as well as the demonstrable fact that if it became law, abuse was inevitable. Assisted suicide remains a felony in New Mexico, although suicide activists are pushing hard to change that.

In an era where personal bodily autonomy rules supreme, the suicide activists have tremendous cultural winds howling at their backs. Despite encouraging news from both Arkansas and New Mexico, the Maryland House of Delegates approved physician-assisted suicide 74-66 on March 7, legalizing the prescription of lethal drugs if the physician has “verified” that the poison is being given to a patient that can make the decision for him or herself. Thus, if a person reaches a certain stage of illness, the laws that mandate suicide prevention services for that person should he or she be gripped in the throes of depression while grappling with deadly disease are rescinded, and insidious offers of death replace them. The results are as horrible as they are predictable.

Despite what suicide activists would have us believe, the legalization of suicide on demand is not inevitable. Arkansas, New Mexico, and dozens of other jurisdictions across the United States prove this to be the case. But that is only if those of us who value life engage in the debate—get equipped, get informed, and get involved. In many places where assisted suicide is being debated, the suicide activists are pushing at an open door while those who oppose assisted suicide are silent. This needs to change. It is a fact of life that nearly all of us, at some point, will end up in a hospital needing care. And thus it is essential that we fight to ensure that these institutions remain places of mercy and not of death.

Jonathon’s new podcast, The Van Maren Show, is dedicated to telling the stories of the pro-life and pro-family movement. In his latest episode, he interviews Ex-Planned Parenthood director Abby Johnson. Johnson says that she “essentially coerced women into making a decision for abortion that was sacrificing their children.” She says that she “knew that that was incredibly unjust. And I thought, here I am working for this organization that says we're here to fight for justice for women. But at what cost? I mean there's no justice when we're having to sacrifice the rights of someone else.” You can subscribe here, and listen to the episode below: