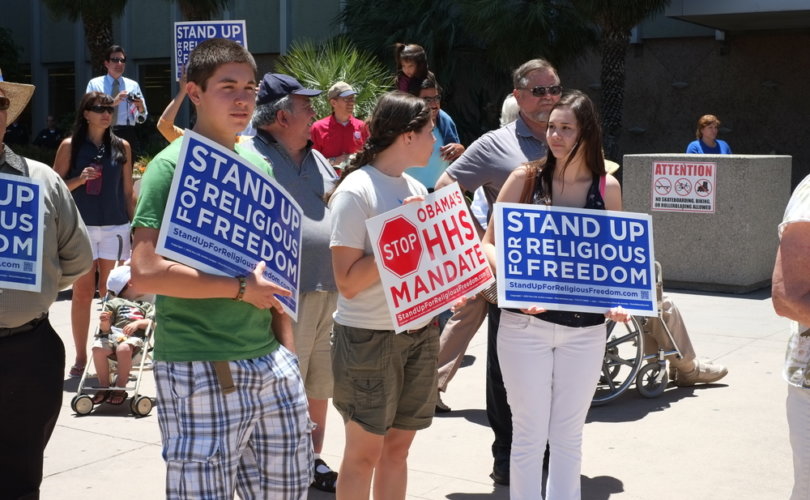 WASHINGTON, D.C., June 27, 2017 (LifeSiteNews) – “Today, the Supreme Court of the United States ruled 7-2 that it is unconstitutional for the state to treat churches and other religious organizations worse than everyone else simply because they are religious,” declared the Alliance Defending Freedom (ADF) website, the association of lawyers that represented Trinity Lutheran Church.

ADF continued, “This is great news! And it sets an important precedent to protect religious freedom. The government should never treat people of faith like second-class citizens.”

“Today is a momentous day for freedom,” ADF president, CEO, and general counsel Michael Farris said. “We didn’t ask for special treatment. We asked for equal treatment for people of faith. And the court agreed that the government cannot discriminate against people of faith by treating them unequally.”

ADF senior counsel David Cortman, who argued on behalf of Trinity Lutheran before the court, said, “The Supreme Court’s decision today affirms the commonsense principle that government isn’t being neutral when it treats religious organizations worse than everyone else.”

Travis Weber, director of the the Family Research Council’s Center for Religious Liberty, said, “This win for Trinity Lutheran Church is a win for the freedoms that Americans have long exercised.”

Weber added, “With the recent addition of Justice Gorsuch, we are much more optimistic about the future of religious freedom in America. The Supreme Court rightly found that the freedom of religion, including that of Trinity Lutheran, is clearly protected by the Constitution. Justice Gorsuch’s presence will re-enforce a welcome originalist voice in not just the Trinity Lutheran case but also plenty of pivotal cases in the decades to come.”

In 2012, Trinity Lutheran Church applied for state grant money earmarked to help non-profits pay for the safety measure. Despite being ranked fifth out of 44 applicants  requesting state assistance, the Missouri Department of Natural Resources denied Trinity Lutheran’s application precisely because it is a church.

The origin of this discriminatory practice can be traced to Missouri’s Blaine Amendment, adopted into the state’s constitution in the late 19th century, a time when many feared that the growing number of Catholic schools represented an existential threat to public school systems in what was then primarily a Protestant nation. In an ironic twist, those same laws now discriminate equally against Protestant churches.

Missouri is one of more than three dozen states that still have “Blaine Amendments” on their books.

A brighter future for school choice?

This victory is important for the future of religious liberty, and in particular, for the cause of “school choice.”

As noted by The Daily Signal last April when the court heard oral arguments, “School choice opponents have repeatedly used the pretext of Blaine Amendments to challenge the constitutionality of school choice legislation. … Trinity Lutheran could have an advantageous effect for the growth and introduction of school choice programs across the country. The Trinity Lutheran case offers the Supreme Court the chance to settle crucial questions about the place of religious organizations in the public life of the nation.

One battle won; the war rages on

“Neutrality toward religion does not require that the government treat people and organizations of faith worse than everyone else. It just means they must treat them equally.”

Justices Sonia Sotomayor and Ruth Bader Ginsburg were the only members of the court who dissented from the majority ruling.

Elizabeth Slattery at The Daily Signal notes that the dissenting judges “believe religious believers need to stay out of the public square and effectively check their beliefs at the door before entering the secular world.”

She continues, “Thankfully, the Constitution protects the freedom to believe what you want and live out those beliefs, and on Monday, religious freedom prevailed at the Supreme Court.”