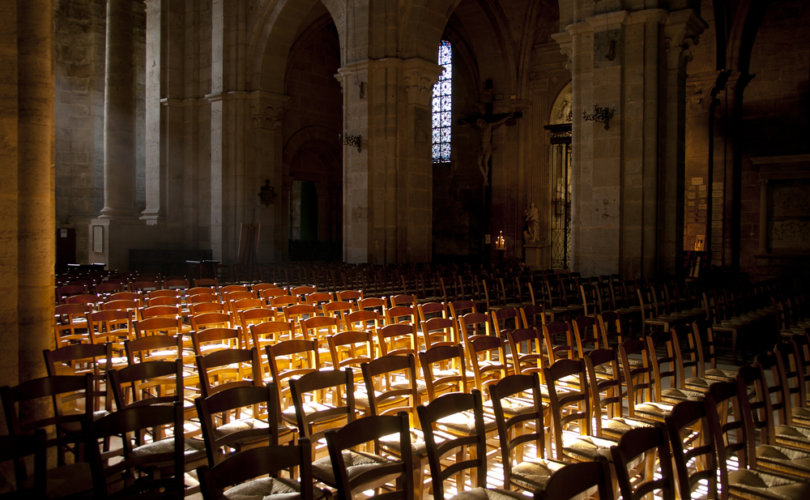 July 19, 2019 (LifeSiteNews) – Alongside his book Mass Exodus, which I discussed in another post, the British sociologist Professor Stephen Bullivant, with some co-authors, has published a shorter book titled Why Catholics Leave, What They Miss, and How They Might Return. This gives a summary of the results of a survey Prof Bullivant undertook for the diocese of Portsmouth in England, which appealed to people who had been baptized Catholic, but no longer attended Mass regularly. The survey was to help explain why people left. The results, from 256 respondents with some connection with Portsmouth diocese, are pretty interesting, if not always surprising.

One thing which emerges from the survey is how difficult it is to maintain the Faith today. The assumptions of the modern world, about sex before marriage and contraception, about homosexuality, about gender roles, and so on, are deeply unfriendly to Catholic teaching and practice: only deep commitment will withstand the constant attrition of the secular media, friends, college professors, government policies, and so on.

This is no secret, of course: so how has the Church responded? Many in senior positions are convinced that to teach sound doctrine, from the pulpit or in catechism class, would drive people away. They reason that it is easier for Catholics influenced by modern attitudes to sex and gender, for example, to keep coming to church if they are not confronted by the Church’s hard teachings. This approach was first applied to the condemnation of contraception by Pope Paul VI in his 1968 encyclical Humanae Vitae; it is sometimes called the ‘don’t ask, don’t tell’ policy. It seems to apply to great swathes of doctrine today.

The survey includes respondents driven out by more zealous young priests who dared to give sermons about hot-button issues. It’s another question, however, whether the policy of never addressing them at all has worked over the long term. The result of this approach is that Catholics never hear the Church’s position explained or defended; the obvious consequence is that even more Catholics adopt the world’s opposition to the Church on those matters than would otherwise be the case. Once they do that, going to church on Sundays becomes problematic. They may never hear their local priest talking about contraception, for example, but everyone knows that the Church is against it officially: the Church’s external critics never stop reminding us.

Among survey respondents, then, there are many who have given up the fight: they have come to accept what the world has to say about the hot-button issues, and do not attend Mass, at least in part, for that reason. Interestingly, however, others complain that priests and other leaders do not answer their questions. One respondent noted that parishes lacked a place ‘to explore, question, or engage’, ‘to deal with the challenges of life’ after Confirmation (male, 34). ‘There’s lots of stuff that’s not explained and the ways of trying to do it are rubbish’ (female, 18). Worst of all, those who are tasked with catechetical or adult formation don’t always believe in Catholicism themselves.

‘Education and faith building at the parish level is usually weak and sometimes those doing it probably shouldn’t be. It always amazes me that people who don’t agree with certain things can push [their agenda] in such contexts and get away with it. The Church really is punitive in this regard. If it were a business, some of these parish leaders would really be brand killers.’ (male, 23)

‘People who undermine what the Church teaches are given positions within parishes.’ (female, 20)

The Church takes an unpopular stance, and then employs a whole lot of people not to defend and explain it, but to criticize it, and tell all the institution’s core supporters that it is wrong. How is that going to help?

Going further, one group of respondents said that it was precisely what they perceived as the watering down of the Faith which had driven them away.

‘If the Church looks confused, seems to change when the pressure mounts, or fudges on difficult issues, then it’s not attractive to anyone.’ (female, 23)

‘Why follow a teaching and in ten years the Church changes tone or track? It’s a betrayal.’ (female, 64)

Those who told the survey that it was the Church’s stance on IVF, the non-ordination of women, or whatever, which drove them away, need to answer another question. What would be the point of joining a religion which invariably reflected the majority view in opinion polls, or taught no moral restrictions at all? The answer is suggested by the fate of liberal Protestant groups, who have seen their membership collapse even more spectacularly than the Catholic Church’s.

By refusing to address the difficult issues which confront Catholics every day, bishops and priests worried about frightening off some people, are in effect refusing to support anyone. It is a direct refusal of St Paul’s admonition to bishops and priests: ‘Preach the word: be prepared in season, out of season’ (2 Timothy 4:2).