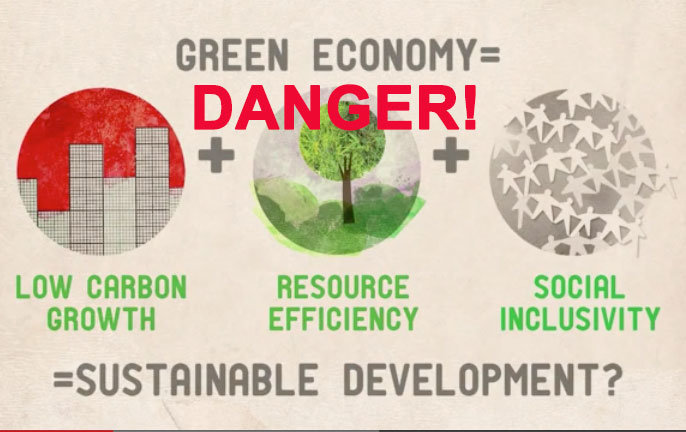 April 8, 2015 (LifeSiteNews.com) – The article published below will help new LifeSite readers better understand some of the seemingly mad trends of today.

In 1995, now Editor-in-Chief of LifeSite, John-Henry Westen, wrote this report on the 1995 State of the World Forum in San Francisco that was hosted by former Soviet premier Mikhail Gorbachev and attended by many of the world's elite. The theme of the conference was “sustainable development“.

Comments from a number of the speakers, but especially those from the closing plenary session speaker, philosopher/author Sam Keen, are very revealing about many disturbing trends we see in full force today.

This really did happen. The quotes are genuine. Read on and then relate to today and many items reported on LifeSite in recent weeks and months and years. The last quote and line in the article is especially alarming. One has to wonder if some of the world's elites are indeed working to fulfill that goal. I would not brush it off as ridiculous fiction.

San Francisco gathering draws all the big names from the world of politics, media, business and entertainment

A few months ago in late September 1995 a group of stellar performers from the world stage got together in San Francisco to discuss the future of the planet.

The main theme of the forum was “sustainable development,” understood by many to be a long-standing euphemism for population control.

The obtrusive promotion of the culture of death began the conference as former “Humanist of the Year” Ted Turner addressed the audience. Given only five minutes for his opening address, Turner couldn’t refrain from blurting out population control slogans in his outspoken style: “But by ending the cold war, and reducing dramatically the threat of nuclear annihilation, we now have the chance to starve to death in a desert. We have given ourselves that opportunity, and it seems that is more difficult to deal with because it requires more forethought, and the benefits of ending the cold war were perfectly clear to everybody. The population problem and the environmental destruction that is going in the world, and will eventually lead to our demise, if it is not reversed, is much harder to see because it happens over a longer period of time.”

When Gorbachev spoke, after being lauded by former Secretary of state George Shultz, he candidly revealed the purpose of the conference: “We have, I believe, to gear consumption to people’s cultural and spiritual needs also through culture and education and within the framework of laws, we shall have to address the problem of controlling the world’s population.

Amid other topics such as global governance, global security, and the information highway, the theme of population control continued. However, no where was the theme more evident than in the discussions around religion. Not surprisingly a conglomeration of Buddhists, Wiccans, dissident “Catholic” theologians, and New Age Spiritualist permeated the conference.

In the closing plenary session of the forum, philosopher/author Sam Keen provided a summary and conclusive remarks on the conference. Among the conference participants, said Keen, “there was very strong agreement that religious institutions have to take primary responsibility for the population explosion. We must speak far more clearly about sexuality, about contraception, about abortion, about the values that control the population, because the ecological crisis, in short, is the population crisis.

“Cut the population by 90 percent and there aren’t enough people left to do a great deal of ecological damage”, said Keen.

Note: this article was originally posted on theinterim.com.

UN Climate Chief: We Should ‘Make Every Effort’ To Reduce Population Increases

The Inherent Racism of Population Control