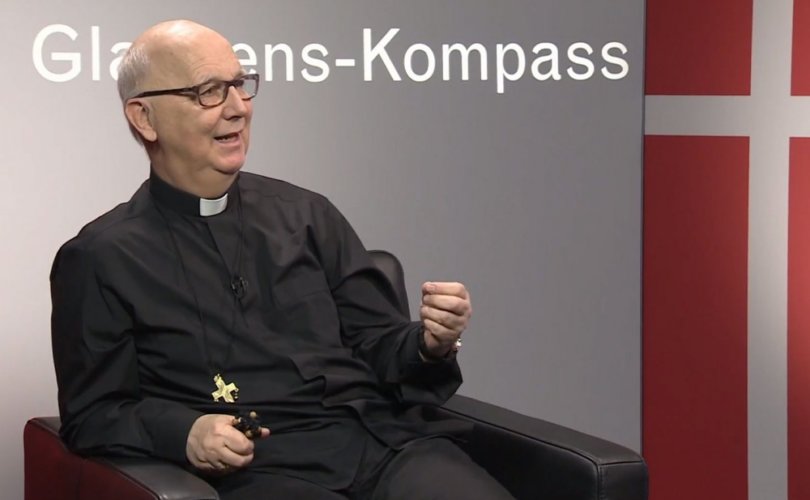 September 5, 2018 (LifeSiteNews) – Swiss Auxiliary Bishop Marian Eleganti issued a statement today in which he, in part, defends himself against accusations coming from at least two other Swiss dioceses. These dioceses have distanced themselves from Eleganti after he stated in public the fact that the majority of abusing priests were homosexuals and that a denial of that fact is a cover-up in itself.

The chancellor for the Diocese of Sankt Gallen, Claudius Lauterbacher, claimed in an interview published Sunday by the Swiss national newspaper Der Tages-Anzeiger that such public statements as issued by Eleganti are not acceptable and could cause an increase of “homophobia.” He insists that “homosexuality is not an illness.” Eleganti's words, he also claims, are “distracting” from the abuse crisis which is “about questions of abuse of power, of violence – not about homosexuality.” The Diocese of Basel called Eleganti's words “unbearable” and repeats some of the words of the Diocese of St. Gallen.

Eleganti now repeats those claims, first made during the World Meeting of Families in Ireland, and he substantiates them with documents. He also points out that the two last Popes – Pope Benedict XVI and Pope Francis – both have established instructions forbidding the admittance of practicing homosexuals or men with deep-seated homosexual inclinations to the priesthood.

Bishop Eleganti now calls upon the Church's hierarchy to face these facts and to implement the standing rules.

Below is a translation from the German of Bishop Eleganti's press release.

The Homosexual Taboo is Part of the Cover-Up

The John Jay Report of 2010 concerning the sexual abuse in the Church in the U.S. shows that, in the time range of the last sixty years, 81% of the victims were male. Therefore, the vast majority of the abusers are homosexuals. The Final Report of the [Australian] Royal Commission of the year 2017 has come to similar results.

These are facts which may not be discussed in public, they are a taboo to which many leaders in the Church now bow down, pointing instead to clericalism as the root problem of the phenomenon. No one denies that clericalism plays a role, but nevertheless it is in the Church proven that the abusers are mainly homosexual. The silencing of this fact is an additional form of cover-up which unfortunately is being committed also by Church representatives in Switzerland. Whoever speaks about this fact in public, is being defamed and psycho-pathologized as being a homophobe.

In a document published in 2016, Pope Francis maintains not to accept into the seminaries practicing homosexuals, men with deep-seated homosexual tendencies, nor those who support the so-called “homosexual culture.” This instruction had already been established in 2005 by Pope Benedict.

I expect that those responsible in the Church will follow this instruction and take actions accordingly. Part of it is the public admittance that in the clergy of the Church, we have been dealing for decades now with mainly homosexual criminals. With all respect toward people with a homosexual inclination who do not commit any sexual assaults, it does not help to close the eyes in front of the facts when dealing with sexual assaults. Without full transparency and truthfulness, there will be no credible investigation, nor any effective prevention.