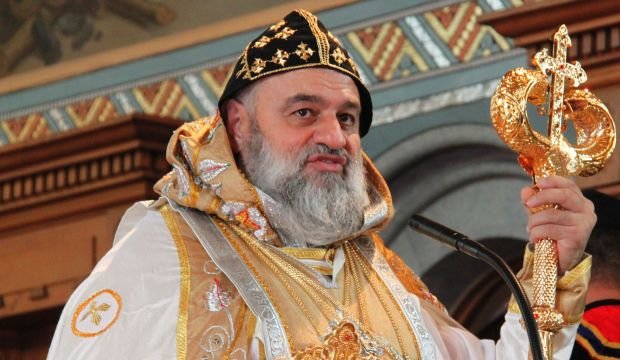 Ignatius Aphrem II, the Syrian Orthodox Patriarch of Antioch, has joined with Christian leaders throughout Syria to denounce Western intervention.

April 19, 2018 (LifeSiteNews) – In 2008, I had the chance to go to Syria. I even went as far as the Golan Heights and looked down into the then-peaceful country, but as I was already scheduled to travel to several other places in the Middle East, I thought I’d delay a trip to Syria until a later date. Now, of course, that opportunity is gone—the Syrian civil war has stretched on for years, hundreds of thousands of people have died, and the heightened involvement of the US, the UK, and France threaten to escalate the situation into a proxy war with potentially global implications. I spoke with British journalist Peter Hitchens earlier this week, and he informed me that “despair” was the most appropriate reaction to the events that are unfolding.

As I wrote last year when Trump ordered the first air strikes on Assad, the spectre of another Middle Eastern war unsettles me enormously—and not just because the combined involvement of Russia, Iran, Israel, and the US have transformed Syria into an unpredictable powder keg that could very well blow up in everyone’s faces. The simple fact is that modern Western wars in the Middle East seem to end particularly badly for Middle Eastern Christians. ISIS wiped out many ancient Christian communities, and Iraqi Christians have suffered far more in the past decade than they ever did under the brutish Saddam Hussein.

And it is important to note that Christians in the Middle East seem united against Western involvement in Syria. The Greek Orthodox Patriarch of Antioch John X, Syrian Orthodox Patriarch of Antioch Ignatius Aphrem II, and Joseph Absi, Melkite-Greek Catholic Patriarch of Antioch, Alexandria, and Jerusalem, released a scathing response to the air strikes by the US, the UK, and France, calling them “unjustified…brutal aggression” and stating that the evidence of chemical weapon use was insufficient. The heads of all three major churches also called on Christians worldwide to stand up against war in the Middle East.

Now, the National Evangelical Synod in Syria and Lebanon has joined other Christian leaders in their condemnation, echoing the accusation that the charges being leveled against the Syrian regime with “fabricated” and “without legal justification,” and that the Western involvement in Syria was “in contradiction to the desire of the Syrian people.” The Presbyterians then asked churches in the West to “exert maximum pressure on their governments and diplomacy not to repeat those adventures that undermine the chances of stability awaiting our country.” The statement closes by saying, “As we declare this, we ask God Almighty to give our leadership, government and National Army all wisdom and steadfastness in the face of evil forces. We lift our prayers for a strong Syria that upholds the values of peace, human dignity and peaceful co-existence among all its components.”

These statements should make those banging the drum for war in Syria stop and consider the situation more seriously for a moment. It is often Christian communities in the Middle East that suffer horribly or are even wiped out when the West decides to spread democracy. They speak from sad experience—I spoke with a Syrian refugee several weeks ago who believes the instability and chaos now are far worse than anything that could be experienced under the Assad regime. In fact, nobody seems to have any idea who would replace the tyrannical Assad if he was successfully removed—it seems likely that an Islamist would take his place, which is hardly an improvement.

It is becoming increasingly clear that the Bush Doctrine, while well-meaning, was fundamentally flawed in a very important way: It presumed that all people, everywhere, yearn for American-style democracy and freedom. It turns out that in many places, people do not see democracy as a priority. They value their tribe, or their religious sect or faith, or their family, or their ethnic group far more highly. They see the world differently, and thus trying to impose a distinctly Western ideal on nations with radically different cultures is, as the Iraq adventure proved, a sure way of bringing misery and social collapse to other nations.

Syrian Christians are speaking with a united voice: Stay out of our country. I do not pretend to be an expert on Middle Eastern geopolitics, and I do not pretend to understand all of the complexities of what is going on in Syria right now. I’m afraid that many of those who seem eager to dump bombs onto the country don’t understand them, either. But I can listen to the voices of people who have lived in that country their entire lives, and seem to be rather resolutely telling us that our warplanes will only make things worse for them.