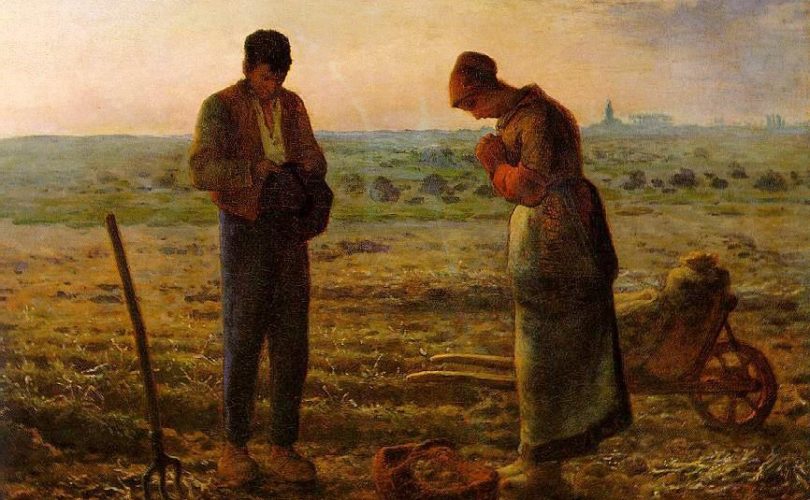 Our opponents in the battle to form or deform the imagination of children have on their side, for the most part, the school, the airwaves, and mass culture.

That may seem an insuperable triad. But, even setting aside the power of prayer and the mighty grace of God, these three share several weaknesses we would do well to remember, lest we grow discouraged. And we have one formidable ally whereof they cannot avail themselves.

As for the weaknesses: the first is that they are often stupid and inept. For every one of my college freshmen who is dismayed to hear that his beloved childhood schools taught him things that were foolish or false, there are five who are gratified to hear it, and who feel vindicated. For every one of my college seniors who will try to persuade me that I should take a Leonardo Di Caprio seriously as an actor or an intellect, there are five who want me to give them a “viewing list” of classic movies made by men and women whose roots were set in the earth of a Jewish or Christian culture before the advent of mass entertainment. It is hard to listen to or even to look at a Justin Bieber when once you have encountered the far greater talents of George Gershwin, Duke Ellington, or Cole Porter, let alone Aaron Copeland or Antonin Dvorak.

I am persuaded that we could clear our heads of most of the unnatural evils we have come to accept if we would simply leave the Teaching Machine and the Entertainment Machine, and go out of doors, and stay there for a while, walking, listening, perhaps whistling, playing, working, thinking, or simply being.

The second is that they bring no joy. Sure, for as long as there have been schoolboys, they have been “creeping unwillingly to school,” as Shakespeare put it. But the very worst of schools in ages past were still bad in a human way and on a human scale. You might have a crabby old lady for your second grade teacher, or a sour-stomached schoolmaster who was quick with the ruler. They still taught ordinary things, and even ordinary virtues, by precept if not by example. You knew your fellow sufferers by name, all of them, and their families. The schoolhouse was, in distance and in being, not so far from home. And then there were schools that might press a tear from the eye of an old person walking past its venerable doors.

That's not true now. What joy is there in the long bus ride, the rushed lunch, the bustling from room to room, the general anonymity, the indoctrination in partisan politics, the mass-marketed slop for reading, the noise, the surveillance, the ever-looming standardized tests, the sexual chaos, the enmity of teacher against parent?

None, as there is no joy in the boredom of the Internet, or in the twaddle for the ear and eye and soul that is sold and consumed like fast-food hamburgers, more plastic than meat.

The third is that they bring no peace. School is instruction in simultaneous sloth and busy-ness. The Internet delivers a jittery stasis. Mass entertainment is little more than an array of needles to prick people into handing over some of their cash.

What then is the formidable ally I have alluded to? Gerard Manley Hopkins knew:

But for all this, nature is never spent:
There lives the dearest freshness deep down things,
And though the last lights off the black west went,
Oh, morning, at the brown brink eastward, springs,
Because the Holy Ghost over the bent
World broods with warm breast and with, ah! bright wings.

It is the world that God has made, waiting outside of our doors and windows.

It is not heaven, that I know well. But it is also not hell, or an unnatural cubicle, fitted out with fluorescent light and the drop-ceiling tiles with their prick-marks as numerous, alas, as the stars in the sky.

I am persuaded that we could clear our heads of most of the unnatural evils we have come to accept if we would simply leave the Teaching Machine and the Entertainment Machine, and go out of doors, and stay there for a while, walking, listening, perhaps whistling, playing, working, thinking, or simply being.

You walk past a field in autumn and there are the wild turkeys pecking away in the stubble. How they got there, you don't know; or where they roost, or how they are going to last through the coming winter. You know that turkeys have been living and hatching young and finding their food and dying, for thousands and thousands of years, and something of the permanence of nature strikes you. It is apart from you, but also within you; it warns you, and yet it sustains you. It is good that there are turkeys. The tom turkey you see with his brilliant red accoutrements, his thicker muscles, and his imperious ways among the females, and you smile, and you understand, for better and for worse, that maybe human beings and turkeys are not so far distant after all.

You walk on, and you see the dragonflies flitting about a muddy little pond, hardly more than the puddling of a creek, and you know that they will be laying their eggs soon, and they will die, though their wings are dazzling green and violet and indigo. And the life of man on earth is, in comparison with eternity, no more enduring than the brief glory of the dragonfly. Is there something in you that then that cries out, “This cannot be the final truth about man”?

Or you are in the field, working, wiping on your sleeve the sweat from your brow and brushing away the gnats. The hay has to be made. The silly feminist who declares that fairy tales are evil – she has never had to make the hay. Most things that most people fret about, and most of the unnatural states they imagine themselves into, vanish into the vanity they are when you have a field, mown grass everywhere, and hay to make. Your very muscles will rouse you back into reality.

Our opponents claim the unnatural. Let them. Nature is on our side, and she does not change.