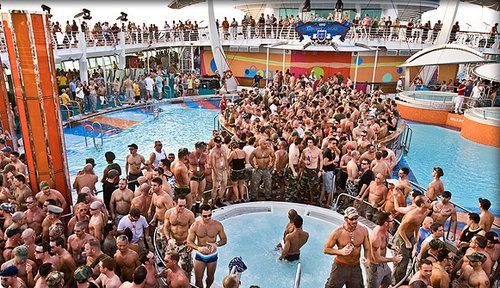 October 8, 2019 (LifeSiteNews) – A Newsweek headline warns that “Tanning salons could be targeting gay men by opening in LGBT neighborhoods, putting them at risk of cancer.”

The article is just the latest example of how the majority of media outlets, working in conjunction with liberal academia, never fail to present those who identify as LGBT as members of America’s most at-risk, persecuted class.

Just look at the sympathetic news coverage of the three combined cases on the U.S. Supreme Court’s docket for today, where two homosexual men and a man who “identifies as a woman” want the original intent of Title VII of the 1964 Civil Rights Law against discrimination because of sex to be deformed to include sexual orientation and gender identity. No matter what the outcome, these folks will forever be viewed as victims.

Interestingly, the Stanford University study featured in the article and published in the journal JAMA Network Open is no longer available online, but here’s what Newsweek had to say about it:

The authors of the study at Stanford University previously found gay men are more likely to use tanning beds and to have skin cancer, and be drawn to tanning salons if they are convenient in terms of price and location.

Each year, indoor tanning is thought to cause over 460,000 cases of skin cancers in the general population. Compared with heterosexual men, gay and bisexual men are believed to be twice as likely to have skin cancer, and six times more likely to use a tanning bed over the course of their lives.

“This is a big deal, because LGBT communities already experience health disparities related to stigma and discrimination,” Dr. Eleni Linos, professor of dermatology and epidemiology at Stanford University and co-author of the study, told Newsweek.

“In addition, gay men have disproportionately higher rates of skin cancer. Our study is the first to show that indoor tanning ⁠— a known carcinogen — is more readily available in neighborhoods with more gay men,” she said.  “It's definitely something I am very worried about.”

“Tanning beds are dangerous. They double your risk of skin cancer. Over time, they also cause wrinkles, skin aging, uneven skin texture and dark spots, so even from a cosmetic standpoint, no one should be using them.”

“Having more tanning beds — more availability of this carcinogen — in these neighborhoods may exacerbate health disparities, and the LGBT community needs to know about it,” added the Stanford professor.

To Dr. Linos and her team, worried that the tanning industry is deliberately targeting LGBT communities: Of course the industry is targeting these communities. It’s called “supply and demand” — something freshmen college students learn about in Econ 101 courses.

Last I heard, Stanford still has a formidable economics department, so you might want to consider auditing a course.

Tanning salons are established in neighborhoods more densely populated with gay men precisely because that’s where demand is likely to be highest and salon owners can earn the best return on their investment.

Gay men want the service and are willing to fork over a portion of their disposable income for the privilege of lying naked on a tanning bed. Desire for the perfect tan — to present an image of an athletic outdoorsman — far outweighs any health risk associated with tanning bed usage.

Just peruse photos and ads for gay cruises and tropical gay tourist destinations: Look at the crowds and count the tan lines. Trust me, you can’t spot a single one.

According to the Newsweek report, the study found:

Tanning salons are more likely to be located in U.S. neighborhoods with higher numbers of same-sex male couples, according to scientists who fear the industry could be targeting the demographic.

By studying census data on 10 U.S. cities, researchers found tanning salons were twice as likely to be found within one mile of a neighborhood where 10 percent of households were made up of same-sex male couples, compared with areas of less than 10 percent.