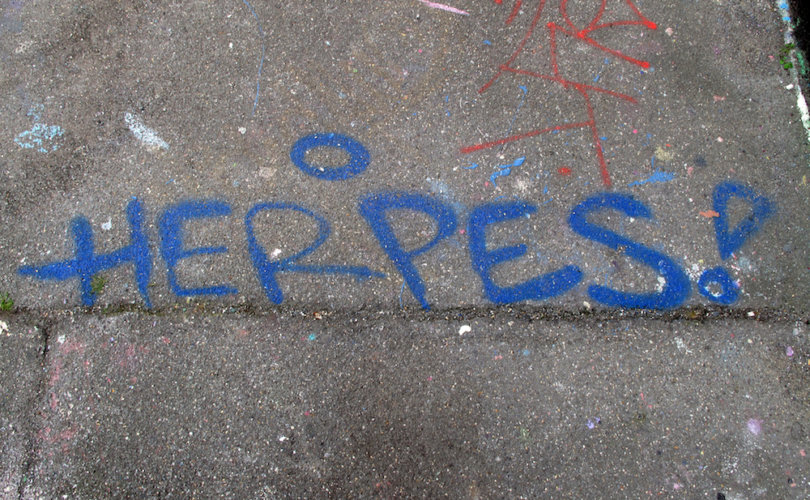 August 30, 2017 (LifeSiteNews) — Teen Vogue wants your daughter to believe that genital herpes is no big deal.

In a recent online post, a Teen Vogue contributor shared that she had genital herpes and marveled that there was still a stigma attached to the disease, given its ubiquity:

“I wasn’t alone,” she wrote, “very far from it, in fact. Herpes is extremely common, with statistics showing that as many as one in six people ages 14 to 49 in the U.S. has herpes caused by the herpes simplex-2 virus (and since herpes simplex-1 virus also causes herpes, that number is likely even higher.)”

Nevertheless, the contributor chose not to sign her article — reluctant, perhaps, to become the public face of genital herpes.

The story of the writer’s herpes begins with the confession that she had sex with a man whom “she loved and trusted” and “swore” he had been tested for STDs. She describes her subsequent choice to remain sexually abstinent as a self-imposed punishment. Her feelings of disgust led not only to depression but to a 35-pound weight gain — surely more horrifying than a venereal disease to the editors of Teen Vogue.

The journalist interviews a doctor at Planned Parenthood for information about the incurable condition, and how its victims can minimize passing it on to those with whom they have sex. Interestingly for a woman’s magazine that has published 63 stories promoting women’s so-called right to choose abortion, both journalist and doctor neglect to mention that women are more at risk of contracting genital herpes than men. According to the Center for Disease Control, herpes simplex virus 2 (HSV-2) infection appears in 20.3 percent of American women ages 14 to 49 whereas it occurs in only 10.6 percent of men in that age group.

So is Teen Vogue up to date on the latest teenage sexual fashions? Not really. Fifty-nine percent of American high school students are, in fact, virgins, and by 2015 the number of teenagers who had ever had sex dropped to 41 percent from 54 percent since 1991. Thus, one could argue that Teen Vogue’s sexual obsessions are a little passé.