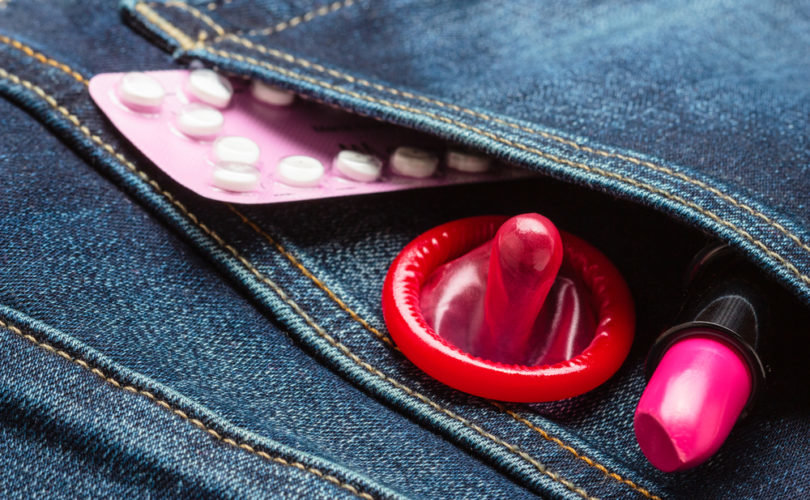 We've all been had. Even top pro-abort leaders are now admitting the obvious: that contraception access INCREASES the abortion rate.

Every time I post something on my Facebook about abortion, there will inevitably be someone who makes a comment that says something like this, “Don't women know how to use birth control these days? What is wrong with them? With so many birth control options these days, no one should ever have an abortion.”

I supposed that is a really common misconception…that birth control reduces the abortion rate. But is that true? Look at this quote from Ann Furedi, the former director of British Pregnancy Advisory Service, Britain's largest abortion provider:

Often, arguments for increased access to contraception and for new contraceptive technologies are built on the assumption that these developments will bring down the abortion rate. The anti-choice movement counter that this does not seem to be the case in practice. Arguably they are right. Access to effective contraception creates an expectation that women can control their fertility and plan their families. Given that expectation, women may be less willing to compromise their plans for the future. In the past, many women reluctantly accepted that an unplanned pregnancy would lead to maternity. Unwanted pregnancies were dutifully, if resentfully, carried to term. In days when sex was expected to carry the risk of pregnancy, an unwanted child was a chance a woman took. Today, we expect sex to be free from that risk and unplanned maternity is not a price we are prepared to pay.

It is clear that women cannot manage their fertility by means of contraception alone.

Contraception lets couples down. A recent survey of more than 2000 women requesting abortions at clinics run by BPAS, Britain’s largest abortion provider, found that almost 60% claim to have been using contraception at the time they became pregnant. Nearly 20% said that they were on the pill. Such findings are comparable to several other smaller studies published during the last decade… It is clear that contraceptives let couples down… The simple truth is that the tens of thousands of women who seek abortion each year are not ignorant of contraception. Rather they have tried to use it, indeed they may have used it, and become pregnant regardless.

Here's a statistic from the Guttmacher Institute, Planned Parenthood's research arm. This stat makes Planned Parenthood look terrible, so I can't imagine that this is not accurate. They have absolutely nothing to gain by putting this out there: “More than half of women obtaining abortions in 2000 (54%) had been using a contraceptive method during the month they became pregnant.”

How is it that abortion supporters understand that birth control does not reduce abortion, yet pro-lifers don't? Birth control was created so that we could separate sex from procreation. How do we not get that, pro-lifers? When you separate the act of sex from babies, of course abortions occur.

Let's look at a quote from Rosalind Pollack Petchesky, famous abortion-supporting feminist: “Until a 'perfect' method of contraception is developed, which will probably never happen, periods of heightened consciousness and extended practice of birth control will inevitably mean a rise in abortions.”

In a book written by Petchesky, she comments on the research of demographer and feminist Susan Scrimshaw who linked rising abortions to wide acceptance of the birth-control pill:

But Scrimshaw reminds us that the pill, as a more effective method of reversible contraception that women had ever known, contributed to a climate of expectations that women need not and should not have to fear an unwanted pregnancy. Having a baby when you didn't want to became “unthinkable” for new generations of women, or for older generations in new stages in their lives. This change consciousness undoubtedly contributed to the rising abortions, for women who did not use the pill as well as those who did.

– Habit Persistence and Teen Sex: Could Increased Access to Contraception have Unintended Consequences for Teen Pregnancies?
– Adolescent sexual health in Sweden
– The False Promise of Contraception
– Greater Access To Contraception Does Not Reduce Abortions

Bottom line: Contraception does not reduce abortion. You may say, “Well, I'm on birth control for xyz health problem.” Okay. I wrote an article specifically for you. You can view that here.

The great news is that you don't have to use birth control to space your children. Natural Family Planning works and is as effective, and sometimes more effective, than the birth control methods out there. Check out these websites for more information.

– Facts About Fertility
– I Use NFP
– Natural Womanhood

Part I: All the pro-life facts about contraception (that you probably don't want to know)

Part III: How my life changed forever after I got the Depo Provera birth control injection