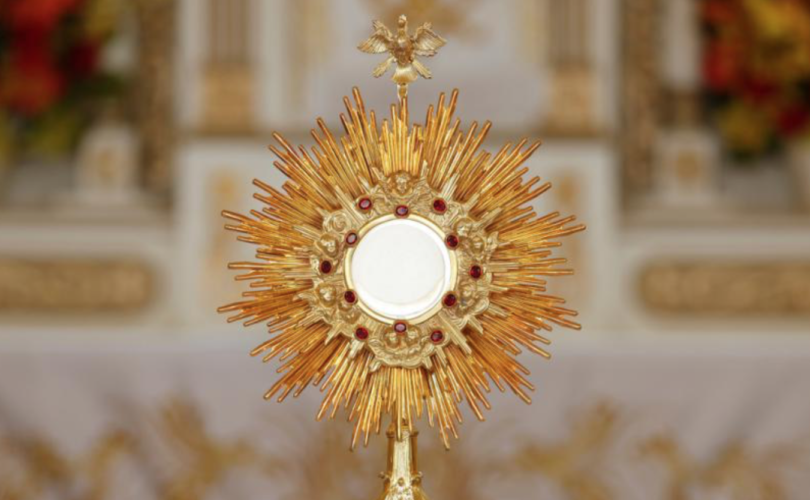 p>August 16, 2018 (LifeSiteNews) – In the midst of the current second tidal wave of clerical sex abuse allegations and revelations—a wave likely to continue building in magnitude as it sweeps through one diocese after another and churns up decades of episcopally-authorized muck—we have to guard against and help others to guard against certain popular errors that always crop up at a time like this.

Years ago, I remember reading seven or eight letters to the editor in an old issue of Time magazine, an issue with an oil-covered seabird on the cover. These were letters written in reaction to the hierarchy’s complicity with clerical abuse, about which we are rightfully indignant. Almost all of the letters reflected the liberal stance of Time itself, and all of them revealed a level of ignorance of basic Catholic doctrine that could only be called stupendous.

One fellow’s argument boiled down to this: “The Church claims to speak for Christ on earth and so to be infallible, but when the sins of the clergy are exposed, the Church says she is made up of fallible sinners. Which will it be?” How about we make some distinctions?

Another lady wrote: “If my pope doesn’t clean up the abuse crisis, I will gladly join all those who are leaving the Church.” So, the pope is personally responsible for all sins, and if he doesn’t magically put an end to them, one should leave?

Another fellow wrote that he believes in Catholic doctrine but totally rejects the authority of the pope and the hierarchy. That’s a head-scratcher. And on and on it goes.

Often at these times we also hear about people tempted to “go East” and become Orthodox. As if this would help one bit! While we can and should admire the liturgical traditions and mystical heritage of the Orthodox, they are as much if not far more of a disaster in the arenas of doctrine and morals as Roman Catholics are today—and they don’t have the benefit of enjoying good popes from time to time. Faithful Catholics claim Amoris Laetitia is a big problem because parts of it contradict the Gospel, or that permitting contraception contrary to Humanae Vitae is one step on the road to abortion, but these are contradictions under which the Orthodox have been laboring for centuries.

What do these sorts of reactions among Catholics show? First of all, they show that the faith is not being taught and preached. No one knows it; what is worse, no one knows that he doesn’t know it. It is the blind leading the blind. A Mormon toddler knows more about Joseph Smith’s fanciful golden tablets than your average adult Catholic knows about the Blessed Sacrament or Church teaching on marriage and family. It demonstrates that many bishops and pastors have been and continue to be sleeping at the wheel and have hardly begun to assess the true magnitude of the post-conciliar collapse. It is evident that catechesis is still in a state of dire crisis, indeed utter vacuity.

We might start with explaining in what the Church’s infallibility (and therefore the pope’s) actually consists, and in what it does not; the distinction between a man’s holy office, which deserves respect, and his individual person, which may or may not be worthy of that office, and can be deserving of reproach, rebuke, and punishment; the difference between obedience and its counterfeits. We should clarify why the Catholic Church and her sacraments are necessary for salvation, and that it is Christ in whom we believe, Christ who sanctifies us and saves us. And we should not ignore the terribly pressing urgency of cleaning up our own house, beginning with the sacred liturgy. For the crisis through which the Church is now passing parallels the replacement of the traditional Mass and the other sacraments, thick and rich and full of religion, with modern “low fat” versions that have failed to nourish and have lent themselves to every type of wilfulness, banality, and abuse.

Moreover, these reactions show the extent of the damage that Catholics have suffered in these decades, the pain and righteous indignation they feel, and the legitimate demands for justice they put forward. Ultimately, the only ones who can right the institutional wrongs are the members of the hierarchy itself. Lay people can investigate and accuse and even prosecute, but the systemic abuse of ecclesiastical authority will be counteracted and conquered only from the top down. We currently have a largely dysfunctional institution and it does no good to pretend otherwise. Admitting the truth is the beginning of the reform.

Abandoning the Church in her hour of need is the very worst thing any believer can do. In fact, it is exactly what the devil is looking for: people who throw out the baby with the bathwater, who lose sight of Jesus Christ and His plan for the Church, getting bogged down in the Antichrist and His counterplan for the Church. It is at just such a time of crisis that opportunities for heroic faith, prayer, sacrifice, and zeal multiply and bear the most fruit.

We have grown accustomed to a world of media that spins and distorts everything it handles, indulges at whim in suppression or falsification of truth, and pushes its own agendas without the slightest qualms of conscience. We are reeling from many indications that the world of the Catholic hierarchy also spins, distorts, suppresses, falsifies, and drives the liberal agenda. Amidst such a hostile environment, all Catholics—and most of all, the bishops and cardinals who are faithful to Christ and His Church—must take to heart the words of Saint Paul:

I charge you in the presence of God and of Christ Jesus who is to judge the living and the dead, and by his appearing and his kingdom: preach the word, be urgent in season and out of season, convince, rebuke, and exhort, be unfailing in patience and in teaching. (2 Tim 4:1–2).