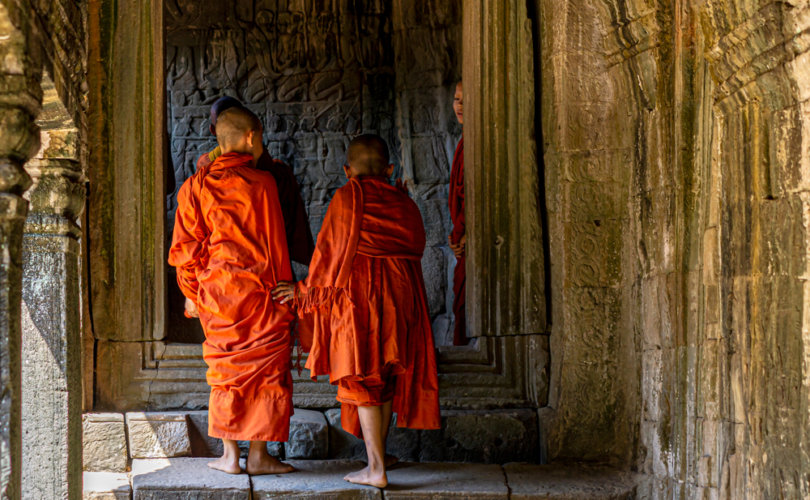 November 23, 2020 (LifeSiteNews) – Thailand’s government has taken steps to legalize abortion in the first twelve weeks of pregnancy, with the cabinet proposing two amendments to a law that bans abortions except in the cases of rape or if the woman’s life is at risk.

Until now, abortion has been illegal in predominantly Buddhist Thailand (although women procure illegal abortions from doctors who charge several thousand baht to rid them of their pre-born children.) If the government’s bill is passed by the House of Representatives in early 2021, women who “insist on terminating their pregnancies” will be able to do so in the first three months of pregnancy. The second amendment to Thailand’s abortion ban would make it legal for doctors to perform abortions.

Rachada Dhanadirek, a government spokeswoman, announced that this reversal would mean that preventing abortions in the first twelve weeks would, under the new regime, constitute “an infringement of women’s rights,” and that “the constitution which dictates people have freedom over their lives and bodies” dictates that abortion should be legal.

Under the current law, women procuring an illegal abortion can receive a fine of up to 60,000 baht ($1,980) and a prison sentence of up to three years. The proposed amendments also make the punishments for abortion beyond the three-month cut-off less severe, with a fine of 100,000 baht or six months in prison. In stark contradiction to the prevailing line that abortion is “healthcare,” the government stated that the abortion itself was punishment enough.

Abortion activists, who have been pushing for this change by claiming that illegal abortions are inevitable and dangerous, are celebrating the move. Somchai Kamthong, spokesperson for the Thai chapter of Planned Parenthood, told one newspaper that the government move will help women considering abortion as “it will make their decision easier.”

Other abortion activists, unsurprisingly, are unsatisfied and are planning to continue pushing for a no-holds-barred abortion regime.

“The amendment still comes with conditions that restricts women’s rights, like the 12-week limit,” stated Jittima Phanutecha of the Choices Network Thailand. “We will continue to fight to lessen conditions as it is being considered in parliament so women can have safe and full access to abortions.”

Nattaya Boonpakdee of the Women’s Health Advocacy Foundation agreed: “Abortion is inevitably a solution when unwed teenage girls face harsh social stigma in a society which fails to provide them with safe sex education, proper counseling and other services such as halfway homes for unwed mothers and foster and adoption services.”

Of course, abortion activists believe that feticide should be completely legal regardless of whether social stigma, sex education, and other services exist, but these sorts of talking points have proven to be effective.

Backlash is expected from Thailand’s Christian leaders, and abortion is also considered to be a violation of a key tenet of Buddhist teaching, which requires that people refrain from killing (Buddhists believe that aborting a child is denying a soul the opportunity to be reincarnated.) Under relentless pressure from international organizations, the Thai government seems determined to push ahead nonetheless. The two amendments have now been submitted to parliament, where they are expected to pass easily. In all likelihood, abortion will be legal in the first twelve weeks of pregnancy in Thailand by February 12, 2021.