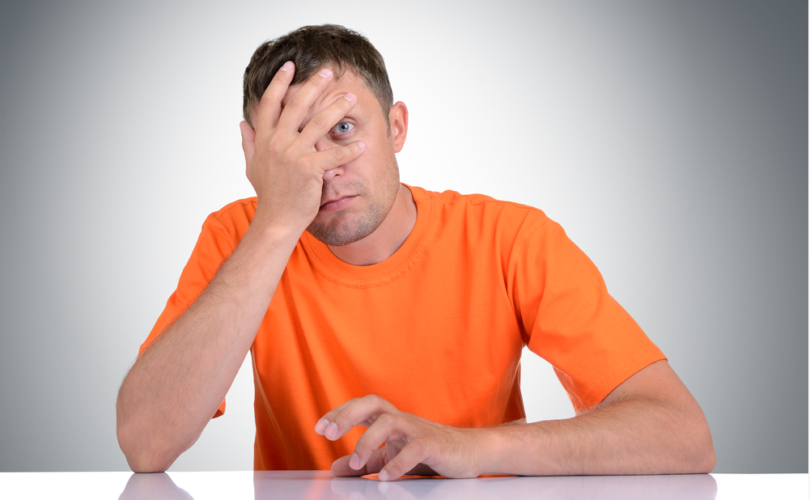 The sheer number of stupid arguments being howled loudly in protest of this decision is mind-boggling.

Last week, every harried and hysterical abortion activist with the ability to type and access to a WordPress blog went completely crazy. You see, the United States Supreme Court ruled in a 5-4 decision on Monday that no, companies owned by people who dislike abortion don’t actually have to pay for abortion drugs or drugs that could result in killing an already existing human being.

This, of course, is totally unacceptable to the abortion crowd, who would like us all to soar to new heights of delusion and pretend that ending a pregnancy chemically is, in fact, “health care,” and that it’s none of our business what happens to tiny human beings, and that also we have to pay for the whole bloody process, because feminism, that’s why.  The sheer number of stupid arguments being howled loudly in protest of this decision is mind-boggling.

The Supreme Court Justices voting in favor of Hobby Lobby were all male! Uh, so were the justices who legalized abortion—and I wasn’t aware that arguments had genitals? The pills we want don’t always cause abortions or hardly ever so who cares! Well, if there might be a human being sitting in the bushes, I think it most prudent not to fire a gun in that direction, because we value human life. Why do stupid pro-lifers want me to have hundreds of babies?! We’re not talking about preventing a human life, we’re talking about ending one that already exists. This is really basic stuff.

And I could go on (and on and on.) But I want to take a look at the three “arguments” that I’ve seen the most frequently, and have irritated me the most.

Depending on what poll you take a look at, almost half of American women consider themselves pro-life. A majority support abortion restrictions. Sorry, abortion fans, but you don’t get to call yourselves the representatives of American women, as if half of them should stay out of the debate and vacuum their living rooms while you loudly and repulsively claim that for women to be free, they have to be able to have their children vacuumed out of their uteruses.  In fact, instead of looking for real solutions to genuine threats to women, feminists pretend that abortion is the one-size-fits-all Band-Aid solution to every problem there is. Sexual assault? Give her an abortion. Abusive relationship? She needs an abortion. Poverty-stricken? Kill her fetus, that’ll do the trick! Abortion activists do nothing to actually address real problems, and it’s really tiring to read their constant babbling about how the fictitious right to chemically poison, suction, dismember, or otherwise kill pre-born children is essential to their identity as women.

Okay, look. Back in the day, the Sexual Revolutionaries told the State to get out of their bedrooms. And they did. But now, they want everyone back in the bedroom—approving of whatever sexual expression is taking place and paying for pills and rubbers to ensure that all the sex they’re having stays nice and sterile. If we don’t want to pay for such things and make the apparently offensive suggestion that the women who desire them are independent enough to obtain these products for themselves, we get berated by women like Jessica Valenti of the The Guardian, who gravely informs her readers that, “The Hobby Lobby ruling proves men of the law still can't get over 'immoral' women having sex.” Uh, no. Actually, it proves that people like Jessica Valenti can’t get over the idea that she has to fund her own sex life.

I know a million other people have made this point, but apparently abortion activists just don’t hear it. Pregnancy is not a disease. Unnaturally ending a pregnancy due to a bizarre cannibalistic ideology that says killing tiny humans is okay is not healthcare. And while people might decide that they want to avoid pregnancy, that’s still not healthcare. It’s not addressing some medical condition (unless, of course, fertility is a medical condition that we need to bombard with as many pharmaceuticals as we can so as to render it unhealthy.) A number of feminists have claimed that the Hobby Lobby ruling “threatens women’s lives and health.” This claim would be hilarious if it weren’t so dangerously asinine. It’s about time that they stop insulting women by claiming that their ability to get pregnant is a medical condition to be treated.

There have been more arguments, especially legal ones, bandied about since the ruling on Monday. But fortunately for religious freedom, for people who respect human life throughout all stages, and for those who possess a worldview that allows for rational discourse, Hobby Lobby won their case against the feminist fascists of the Sexual Revolution.

And it’s about time, too.