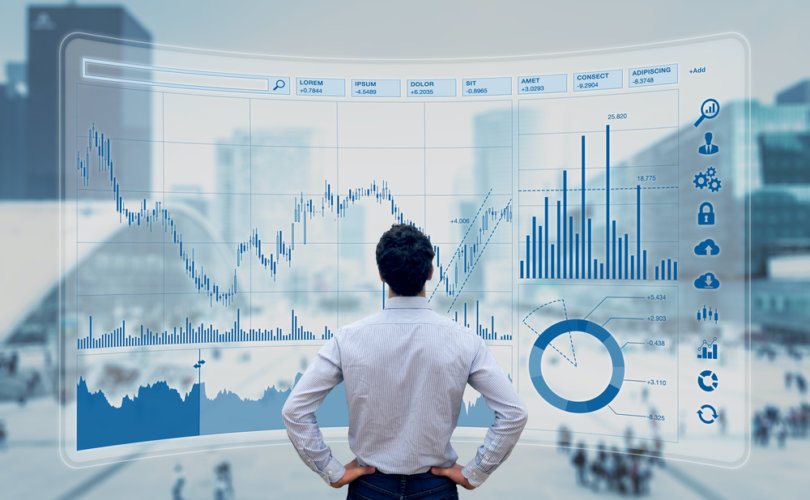 (LifeSiteNews) — To understand the dark events of the last two years, many have turned to George Orwell’s 1984 and Aldous Huxley’s Brave New World for insights. But there is another writer who is at least as prescient: C.S. Lewis. He was exceptionally perceptive on the psychological and social roots of modern evil and helped explain what would become perhaps the greatest puzzle of all. How did the whole world fall so completely under the thrall of the COVID lockdowns and forced vaccinations?

The answer is management. If the architects of the Great Reset, such as the chief executive of the World Economic Forum (WEF) Klaus Schwab and his acolytes, were the generals, it was management who were the foot soldiers. That is what Lewis foresaw:

I live in the Managerial Age, in a world of ‘Admin.’ The greatest evil is not now done in those sordid ‘dens of crime’ that Dickens loved to paint. It is not done even in concentration camps and labour camps. In those we see its final result. But it is conceived and ordered (moved, seconded, carried, and minuted) in clean, carpeted, warmed and well-lighted offices, by quiet men with white collars and cut fingernails and smooth-shaven cheeks who do not need to raise their voices. Hence, naturally enough, my symbol for Hell is something like the bureaucracy of a police state or the office of a thoroughly nasty business concern.

When analysts attempt to discern who has benefitted from the globalist push during COVID, they tend to concentrate on billionaires such as Bill Gates and George Soros. These rich individuals are certainly influential because they can use their money in whatever way they wish. But in strictly financial terms, they are only small players. What matters is the tens and hundreds of trillions of dollars. That money is controlled by managers. They do not own what they control, but they wield massive power.

Here is the money trail. The biggest pool of active capital is $103 trillion managed by fund managers (real estate capital is bigger, accounting for two thirds of global net wealth, but land is inherently passive). Of that $103 trillion about a third is managed on behalf of pension funds and a third on behalf of insurance companies.

The managed funds, referred to as institutional investors, are the dominant owners of global corporations (ex-China). Look up the top 10 shareholders of most big corporations, and you will routinely see names such as Black Rock, Vanguard and State Street at the top of the list.

There is also another link in the management chain. Corporations, exploiting privatization and government outsourcing, have become skilled at co-opting government bureaucracies. Much attention is paid to how large public companies influence politicians, but the far greater impact is what they do with the Executive branch of government.

Using initiatives like private-public partnerships, they have progressively taken over activities that used to be done within government. To see just how pernicious the consequences can be, witness how the big pharmaceutical companies have in the last two years captured government regulators all over the world.

The centre of commercial power is thus in the hands of three sets of managers: fund managers, corporate managers, and managers of government bureaucracies. These are typically the people who attend the WEF’s Davos forum, which is effectively a place of worship for the global management cult. Read the WEF’s website; it is full of meaning-deficient management-speak: that weird linguistic mixture of nonsense, dishonesty, and misdirection that can be found in MBA courses around the world.

That management is easily prone to arm’s length savagery, as Lewis implied, is perhaps best summed up in the nasty phrase “human resources.” (Humans are disappointing as resources because we mostly consist of water.) This is dehumanizing language more suited to a slave plantation or a concentration camp.

There is a reason why such language is used. To become a manager is to face a moral challenge although this is rarely acknowledged or well understood. Instead of being accountable for your own work, you are accountable for the work of others. Most managers are personally heavily attracted to control, so when they are faced with something they cannot direct – other people – they readily turn to treating them as objects. Nearly everyone will have experienced that type of manager at some time in their working life.

These pressures readily lead to what might be described as management psychosis, the features of which were evident during the “pandemic.” One is the attempt to control what cannot be controlled. Many countries tried to eliminate the virus completely, even though epidemiologists have long known that it is impossible. The results were predictably absurd and counter productive.

A second symptom of management psychosis is the over-emphasis on measurement. Managers, when they find themselves unable to control other people or external circumstances, consistently resort to using measurements of some sort to prove that they are doing a good job. The cliche used is that “what gets measured gets done.” It might more accurately be restated as “what gets measured can prove that I am a good manager.”

The COVID crisis was really a pandemic of tests, not a deadly disease that felled a large slice of the population. Instead of looking at symptoms, all the focus was on whoever tested positive using kits that are, it is now acknowledged, not fit for purpose. For the first time, testing positive was called a “case.” It meant ignoring basic logic. If someone tests positive and has no symptoms, or only mild symptoms, it means either that the test is wrong or the immune system has dealt with the problem. In either case you do not have the disease. But in the worldwide managerial mania, measurements became reality.

It was managers of corporations who most enthusiastically implemented the lockdowns, mandates, and curfews. Imposing medical tyranny, such as forced vaccinations, became for them a key performance indicator, requiring the relevant managerial process. The result was the hellishness that Lewis identified, an attack on basic democratic rights. Worse, it was done mostly without self awareness or conscience. To adapt Hanna Arendt’s famous phrase, there are few evils more banal than management evil.

It is hard to know how such dehumanization can be addressed. It is as elusive as it is ubiquitous. Although these three groups of managers have great power they are disconnected from what they control so the visceral accountability that comes with ownership is absent.

The first step should be to identify the problem, as Lewis did with such acuity. Knowing the enemy is crucial. Finding ways to empower the true owners of the funds that own the global corporations – mostly future pensioners and insurance company customers – could theoretically help although the de facto ownership is so much at arm’s length it will be problematic.

Persuading the managers themselves that they are people with moral responsibilities – not just amoral functionaries “with white collars and cut fingernails” meeting key performance indicators – would be another good place to start. In the end, the best way is for managers to exercise their individual consciences and remember that they are humans who must choose between good and evil.