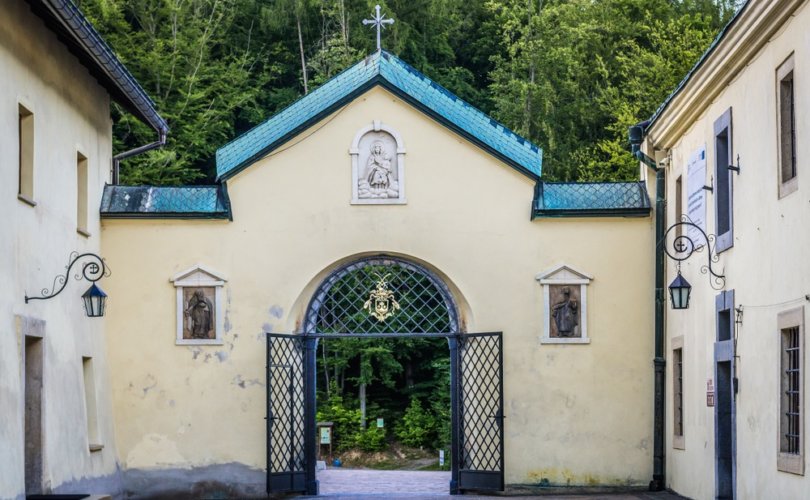 March 31, 2020 (LifeSiteNews) — In his book Crossing the Threshold of Hope, John Paul II reached the conclusion (as we saw last week) that Buddhist liberation from evil through asceticism and detachment involves, in a way, breaking one’s ties with external reality — including human nature — so as to acquire indifference and freedom from suffering. The pope claims that such liberation rests on an atheistic foundation; instead of salvation there is, ultimately, negation.

John Paul II contrasts the abysmal emptiness of the Buddhist path with the fullness of light and life promised by Christ to those who deny themselves for His sake ― for the sake of finding themselves anew in Him. Not surprisingly, he takes up one of his favorite spiritual writers, St. John of the Cross, on whose conception of “faith” he wrote his doctoral dissertation under the great Thomist Fr. Réginald Garrigou-Lagrange, and shows how utterly different Christianity is from the impersonal a-theistic religion of Asia:

When Saint John of the Cross, in the Ascent of Mount Carmel and in the Dark Night of the Soul, speaks of the need for purification, for detachment from the world of the senses, he does not conceive of that detachment as an end in itself. “To arrive at what now you do not enjoy, you must go where you do not enjoy. To reach what you do not know, you must go where you do not know. To come into possession of what you do not have, you must go where now you have nothing” (Ascent of Mount Carmel, I.13.11). In Eastern Asia these classic texts of Saint John of the Cross have been, at times, interpreted as a confirmation of Eastern ascetic methods. But this Doctor of the Church does not merely propose detachment from the world. He proposes detachment from the world in order to unite oneself to that which is outside of the world―by this I do not mean nirvana, but a personal God. Union with Him comes about not only through purification, but through love.

Carmelite mysticism begins at the point where the reflections of Buddha end, together with his instructions for the spiritual life. In the active and passive purification of the human soul, in those specific nights of the senses and the spirit, Saint John of the Cross sees, above all, the preparation necessary for the human soul to be permeated with the living flame of love. And this is also the title of his major work ― The Living Flame of Love.

Therefore, despite similar aspects, there is a fundamental difference. Christian mysticism from every period ― beginning with the era of the Fathers of the Eastern and Western Church, to the great theologians of Scholasticism (such as Saint Thomas Aquinas), to the northern European mystics, to the Carmelite mystics ― is not born of a purely negative “enlightenment.” It is not born of an awareness of the evil which exists in man’s attachment to the world through the senses, the intellect, and the spirit. Instead, Christian mysticism is born of the Revelation of the living God. This God opens Himself to union with man, arousing in him the capacity to be united with Him, especially by means of the theological virtues―faith, hope, and, above all, love.

Is it not remarkable to read again, in these dark days of the one whom history may refer to as “the Abu Dhabi pope,” such a careful analysis of the more profound and indeed singular truth of the Christian Faith over its rivals? The Carmelites begin where the Buddha ends: that’s the kind of language that might get you put into a Vatican prison cell these days. Yes, we are right to condemn the Assisi interreligious gatherings and other confusing signals given by John Paul II, but there can be no doubt that as a thinker he understands clearly the unbridgeable abyss that separates Far Eastern religions from Catholicism.

“This God opens Himself to union with man, especially by love.” John Paul II shows that Christian asceticism is about detachment from selfishness for the sake of being all the more attached in love to the beloved. We need to be detached because, as beings who thrive on attachments, we need to make sure we are rightly attached to the right things, not because we are better off isolated and indifferent. Purification makes sense only in relation to purity, which means having a single heart that can be given wholly to another. Penance is a clearing away of whatever interferes with a union of love.

The contrast between Buddhist “salvation” and Christian salvation — entering fully into the plenitude of love, gaining one’s identity in communion with the other — could not be more striking. In Truth and Tolerance, Joseph Ratzinger dwells in a similar way on the contrast between the path of mystical “identification,” where the ego is lost in an ocean of impersonal “divinity,” and the path of personal communion where the self, through a process of abandonment and purification, becomes for the first time really and truly itself, precisely by surrendering to and being caught up in the Beloved. (To read more along these lines, see “Catholicism and Buddhism: Incompatibilities in Love” by John Michael Keba.)

Here is where the Christian faith is unique and superior: we find rest in a person, in a friendship founded on a love that knows no limits and will last forever.

Come to me, all you who labor and are heavy laden,
and I will give you rest.
Take my yoke upon you, and learn from me;
for I am gentle and lowly of heart,
and you will find rest for your souls.

Certain themes run throughout much of Far Eastern thought and religion, in spite of its many varieties. One sees an emphasis on health, longevity, oneness with nature, and the sufficiency of the created or natural order; transcendence beyond this order is understood as a return to or merging with an impersonal oneness beyond being.

Christianity, in contrast, could be evoked with a few striking words: Cross, Heart, Flesh, Face, Spirit, Love, Heaven. Man was made by God for God, not by the cosmos for the cosmos. The Christian vocation is to find and hold onto God, who is personal, ultimate reality — totally other, yet more interior to me than I am to myself. God takes on real human flesh to make it holy. The Christian is reformed by His grace, created anew, and called to bodily resurrection after death.

The idea of a 24-year-old victim of tuberculosis (St. Thérèse of Lisieux) presenting her sickness as a self-offering in reparation for damage done by sin; the idea of this life as a vale of tears through which we pass to the heavenly Jerusalem, where persons are more alive and more definite than ever — none of this can make sense to the Far East. The Cross is absurd, the resurrection no less so. “For the word of the Cross, to them indeed that perish, is foolishness; but to them that are saved, that is, to us, it is the power of God” (1 Cor. 1:18).