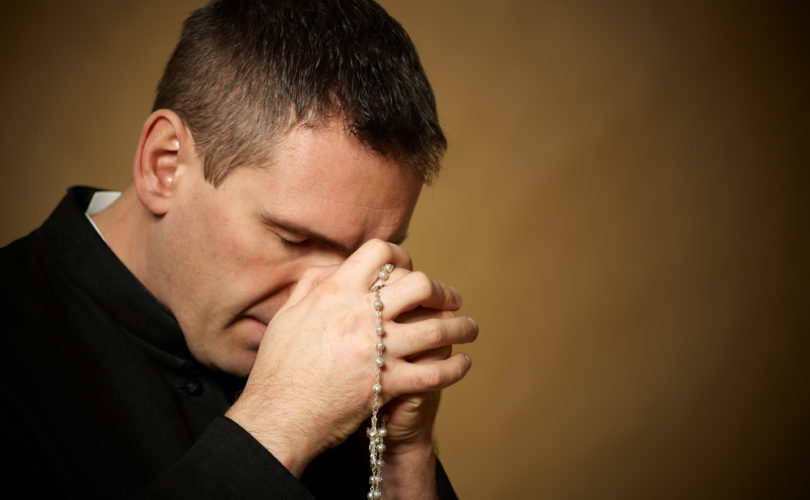 Suppose you take a double-barrel shotgun and aim it at your foot. You press the trigger, and half of your toes are bloody fragments. Then you pray, “Cure me, O Lord, for I am lame!” You hobble around for a while, complaining that there are hills in the world, and looking forward to that time when the Lord will level them all and fill in the valleys, so that you won't have to lean on your crutch so hard. But you still carry that shotgun around, and every year you repeat the same mysterious experiment in new and improved ambulation. You have now rendered one foot nothing but an ankle ending in a splinter, and the other foot a mangled mess. But you keep praying, “Heal me, Lord, help me to walk upright again!”

When, after many years of limping as a cripple, you are persuaded that the Lord is not going to make your feet grow back, you begin to say that it is a good thing to be hobbled; it allows us to experience the wonders of chair-lifts, special parking places, threats of gangrene, and early death. But that doesn't mean that you change everything you believe. You are still a stalwart with that shotgun. Ready, aim, fire.

The Catholic Church is in dire need of priests. She had plenty of priests before the onset of liturgical abuses not sanctioned by the Second Vatican Council's Sacrosanctum Concilium. Mathematician and computer programmer David Sonnier has plotted out the precipitous decline in vocations after the Council, illustrating it by an asymptotic curve he calls, with mordant irony, the Springtime Decay Function, whereby he concludes that we are missing more than 300,000 priests who otherwise might have been ministering to the people of God today. He shows his students the data, telling them that it marks enrollment at a college, and he asks them to guess what happened. They reply in one way or another that the college in question must have made a dreadfully bad decision in 1965.

“Did they get rid of football?” asked one of the students.

The answer to that is yes, they did “get rid of football.” Nowhere in Sacrosanctum Concilium or in other documents of Vatican II, as Professor Sonnier observes, are the following liturgical innovations mandated or recommended or even suggested:

Instead, Sacrosanctum Concilium forbids innovations in the liturgy, “unless the good of the Church genuinely and certainly requires them; and care must be taken that any new forms adopted should in some way grow organically from forms already existing” (SC, 23). Not one of those innovations above can pass that severe test, and, as Sonnier notes, several of them had already been condemned.

Sonnier understands that correlation and causation are not the same; though it defies all reason to suppose that a decline so sudden and so calamitous was strictly coincidental. One way to show that it was not coincidental – that the foot's agony had something to do with the shotgun and the trigger – would be to go to those dioceses and communities that did not pull the trigger, and to see whether they are walking about hale and hearty and on two feet. And so they are: Lincoln, Nebraska; Arlington, Virginia; Ciudad del Este, Paraguay; the Franciscan Friars of the Immaculate; the Priestly Fraternity of Saint Peter.

But when I said that “they got rid of football,” I meant it. Apart from the dubious orthodoxy or the dubious theology behind those innovations in liturgy and then in preaching, there were all the reasons in the world to suppose, from what we know about human beings in general and boys and men in particular, that the changes would be calamitous.

Think. Open your eyes. Remember a little history. Men fight. Many of them really enjoy fighting with their fists, but many more enjoy the spirit of intellectual or spiritual combat for something to which they will devote their goods, their lives, and their sacred honor. So what have we done?

We have eliminated from most hymnals every single song that had anything to do with fighting the good fight. A boy may attend Mass for ten years and never hear one hymn that calls him to the soldiership of Christ.

Men are gamblers, for good and bad. Many of them court risk. They are the inventors of backgammon, cribbage, poker, “fantasy sports,” billiards, and chess. They are the ones who will risk ruining themselves for an idea or an invention. So what have we done?

Men thrive in brotherhoods. Not peoplehoods, but specifically brotherhoods. See Tom Sawyer, Gilgamesh, the Germanic comitatus, the Japanese samurai, the monks of Saint Benedict, the fishermen of Newfoundland, the Plains Indians, the cristeros of Mexico, and, in a human sense, the apostles of our Lord Himself. So what have we done?

We have obliterated the brotherhoods. We got rid of most of our high schools for boys. We got rid of every one of our colleges for young men. We dissolved the brotherhood of acolytes – the altar boys. We did this at the worst imaginable time, just when everybody else was doing the same thing, so that now in most places CYO Basketball is but a memory, Boys' Clubs are Boys' and Girls' Clubs, which means Safe Small Children's Clubs, and the Boy Scouts have been sued clear to the precincts of Sodom.

Men understand authority and flourish in it. If you doubt this, you have never come near the locker room of a football team, nor have you troubled to consider whether that team could run a single play, let alone win a game, without strict adherence to a chain of command established for the common good. “I am a man under authority,” said the centurion to Jesus. He did not say, “I insist upon equality.” Men are the ones who invented orders. Lord Baden-Powell, the founder of the Scouts, understood the principle. What have we done?

We have obliterated distinctions between the clergy and the laity. We have turned a suspicious eye against the fundamental virtue of obedience, instead teaching that every man may do what appears right to him in his own mind.

Men are inspired by discipline. They are the ones who invented Boot Camp – and are disappointed now to find that it isn't any longer any great deal, not if you've been a wrestler or a football player in high school. Find out what the boy in the American prairies underwent to prove himself a man. What have we done?

We have eliminated almost every strenuous practice of self-denial from the common life of the Church. All we say is that if you are chewing gum during Mass, please to move it to the left side of your jaws so as to clear a space on the right to receive the Lord at Communion.

No ascetic life, no hierarchy, no brotherhood, no risk, no battle – no priests. And then there are the supernatural concerns, about which I will have more to say next time.