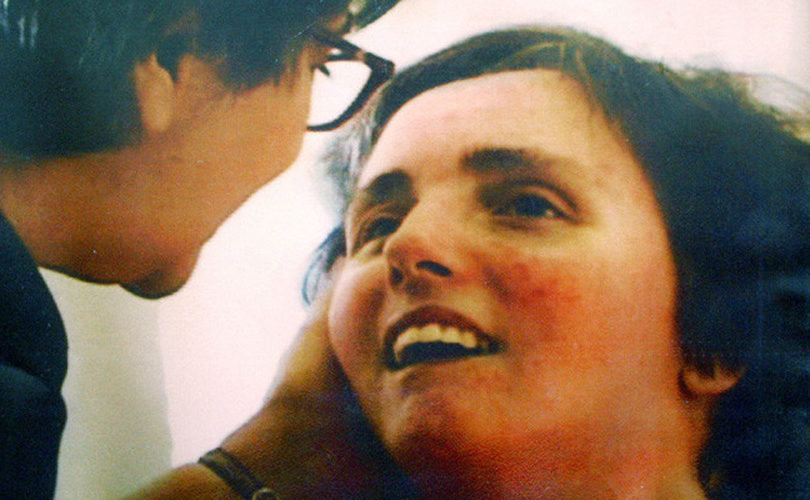 February 3, 2015 (LifeSiteNews.com) – Tuesday’s article by Wesley Smith brought flooding back to me the dismay, even nausea, so many of us felt for weeks while watching the slow, terribly painful, public execution of Terri Schiavo by starvation and dehydration. I feel and remember her murder, and it was murder, as though it was happening again today. It was one of the most disturbing, darkest situations that I have encountered in almost 35 years of pro-life work.

Terri’s killing marked a new age of brutality against innocent life in the United States. Many of us felt in our bones that this would bring a judgment against the nation, that it will one day be held accountable for this in some dramatic manner. Yes, I believe it was that bad, but those who were not involved in trying to save Terri during those days probably can’t understand how evil it was.

Terri herself seemed to be as innocent as a baby in the womb, considering her totally helpless state.  She was also very alive and to many of us, obviously not the brain-dead or vegetative-state shell that her husband and others falsely insisted she was. Dead people don’t give angelic smiles or respond to people they love with certain gestures. They also don’t absorb nutrition and hydration and breathe on their own.

The surrealistic, military-like police protection of her slow killing, with implied threat that anyone who tried to rescue her would be arrested or even shot, seemed to have been arranged by a powerful death cult that wanted Terri for a human sacrifice. She was even denied communion and a Christian burial, which canon lawyer Peter Vere called “diabolical.”

The most disgusting tragedy of that time was the failure of the local Catholic Church leadership to take a strong stand in defense of Terri’s life. Thankfully however, other bishops and cardinals in other states pleaded for Terri's life.

I, and many others believe that the Florida bishops could have saved Terri’s life. But, St. Petersburg Bishop Lynch refused to intervene, even as the Vatican urged the Florida courts to preserve her life from euthanasia.

Terri’s brother, Bobby Schindler, wrote an open letter after Terri’s death chastising the bishop for his inaction at the time of Terri’s death and asserting that the bishop’s lack of action “brought scandal to the Universal Church and to the faithful, particularly here in Florida.” Indeed it did.

Schindler held Bishop Lynch more responsible for Terri’s death than he does Michael Schiavo. “When apostolic grace and responsibility are abdicated, innocent people die,” he wrote in the letter to the bishop in 2007.

Bishop Lynch’s hostility towards those who pleaded for him to act to save Terri, a Catholic, disgusted the large numbers of pro-lifers who were desperately trying to save Terri’s life. Lynch, and too many other religious leaders, appeared to accept the convenient lie that Terri was a human vegetable from which all life support could be ethically removed.

There was great shame felt over all those supposed Christians who cooperated in this murder either through omission or by openly stating approval of the deed.

In a 2013 report LifeSite wrote, “A month before Terri’s death, Bishop Lynch issued a statement urging Schiavo’s family to seek 'mediation' with Terri’s husband, Michael, even as he fought to remove her access to food and water and prevented a priest from giving her the last sacraments.” Michael, who had already been living with another woman for some time, often revealed a hatred for Terri's parents and siblings who were heroically trying to save her life.

Bishop Lynch, we have all since learned, is no light of deep faith for Florida Catholics. In 2003, a married diocesan staff person, Bill Urbanski, received a $100,000 settlement, as reported by Catholic Culture and many other media, because the bishop had crossed “'boundaries' by means of inappropriate demonstrations of affection for his Director of Communications.” LifeSite recently reported on Lynch's column in the Tampa Bay Times in which he indicated that homosexual relationships present no risk to the Church, and in fact can be godly and elevate society and the Church.  He wrote,

“I do not wish to lend our voice to notions which might suggest that same-sex couples are a threat incapable of sharing relationships marked by love and holiness and, thus, incapable of contributing to the edification of both the Church and the wider society.”

Having vacationed in his diocese a few times in recent years, I was not at all surprised about this. My wife and I were uncomfortable with the overly feel-good, liberal, guitar-Mass liturgies, seeming gay-friendly atmosphere and effeminate male choir directors we encountered in the parishes we attended.

Lynch, who was chairman of Catholic Relief Services’ board of trustees from 2001 to 2007, last year assaulted the character and motives of those exposing serious problems with CRS that were not being properly addressed. He crassly accused the thoroughly well-documented criticisms as being “simply a money raising scheme with little regard for the human lives which they seek to protect.”

What I don’t understand is why this bishop is still in his position as a shepherd of souls. Can someone explain to me why these politically correct, very liberal bishops are usually not held accountable and are left in positions of authority for years on end? Is this not yet more scandal harming the Church?

And finally, the Terri Schiavo killing must not be allowed to fade from public memory. There has to eventually be accountability for such a terrible evil that has opened the gate for more of the same to be done to many more innocents. We cannot rest or remain silent until some justice is finally done.

One thing all of our readers can at least do is to follow and support the Terri Schiavo Life and Hope Network.