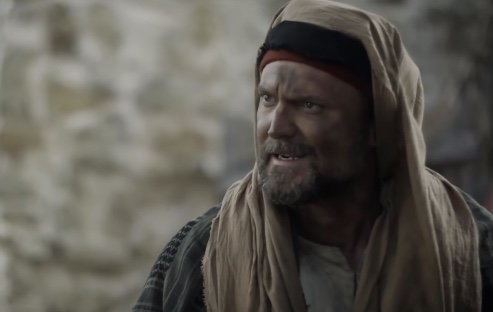 EDINBURGH, Scotland, April 24, 2020 (LifeSiteNews) ― There’s an addictive new show online, but you won’t find it on Netflix. In fact, you can watch the first eight episodes for free, and that’s not even the best news.

The best news is that it is a miniseries about Jesus of Nazareth and it is really very good.

“The Chosen” is that very rare bird: a Christian film that even your friends who snub Christian films will watch (Alan Ng sums up the problem very well here). The brainchild of filmmaker Dallas Jenkins, “The Chosen” has original ideas, gripping storylines, good actors, convincing sets, and an engaging, contemporary quality, even though its first season is set in 28 AD.

I’ve seen four episodes, and I’m completely hooked. This is a show for anyone who has ever wondered where Jesus was staying before he met the first apostles by the Sea of Galilee (Jenkins imagines a clever, carpenter-worthy lean-to), or what it was like to live in Capernaum during the Roman Occupation (crushed by the heavy tax bill). It also fleshes out saints whom Christians alive today know best from Scripture, traditions and paintings. The results are life-like and convincing.

Two brilliant examples of Jenkins’ ability to make old friends new are Mary Magdalene (Elizabeth Tabish) and Nicodemus (Erick Avari). We meet Mary when she is known as “Lilith,” an unfortunate in Capernaum’s smelly “Red District,” subject to possession by, yes, seven devils. The viewer is treated to flashbacks of Mary’s happy Jewish childhood and a visual explanation of how she fell on such hard times. Without the filmmakers intruding anything unsuitable for Christian viewing, we can also guess how Mary scrapes together her living.

Nicodemus, by contrast, lives a highly respectable life as a famous rabbi with an elegant wife. Forced by the Romans to attend to the peace-breaking Mary, Nicodemus is troubled when his exorcism doesn’t work. Despite his scholarship, piety and real concern for the woman, he can’t drive out the demons. “We’re not afraid of you,” they snarl.

As Mary struggled to end her misery one way or another, I found myself praying in the direction of my computer screen.

My deeply emotional response to Jenkins’ filmmaking was not new. Brothers Jeff and Neil Harmon, co-founders of VidAngel Studios, cried when they watched Jenkins’ 2017 pilot episode for a proposed new show about a shepherd in Bethlehem. The story had the same creativity and conviction Jenkins would bring to “The Chosen.” Posted to social media, it got 15 million views.

“I felt my heart shout for joy,” Neal Harmon said in an interview. “It was done in such a fresh and new way.”

To raise money for what would become “The Chosen,” the growing production team took advantage of “equity crowdfunding,” a form of online funding in which people interested in a project can buy shares. They raised more than $10 million from more than 15,000 shareholders by the end of their first fundraising round in 2019. When you see the pilot episode, you’ll understand why.

To put my discovery of “The Chosen” into a spiritual context, I had grown very sick of my lockdown Hollywood fare ― sick of the violence, sick of the sex scenes, sick of going to bed in a bad temper. The morning after watching the first two episodes of “The Chosen,” I woke up thinking about Jesus. Last night, I took the Bible to bed with me and reread the verses I had seen brought to life in the fourth episode. I woke up wondering what will happen next. This can only be good.

The makers of “The Chosen hope to raise enough money to shoot seven seasons and beat what Fox News called “‘Game of Thrones’ billion-viewer record.” Given the heartfelt beliefs of Jenkins and his team, this is clearly not for the cash but to introduce millions of people to Jesus of Nazareth in a fresh new way. I sincerely hope they succeed, and meanwhile, I foresee a problem: what to watch between Episode 8 and the start of Season 2?