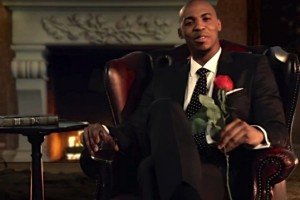 In fact, the ad is so bizarre and so offensive that Stanek charitably wondered if it wasn't a spoof.

Over at First Things, Austin Ruse wondered whether the ad isn't the “creepiest ad of the year.”

But what's so offensive about this ad? Well, check it out for yourself. And see if you can stop yourself from gagging. I couldn't.

It's as if the Center for Reproductive Rights was determined to live up to every single one of the worst stereotypes that pro-lifers might have about abortion activists.

Abortion activists love to engage in a lot of handwringing about how abortion is a Very Serious Moral Matter, and how it should be as “rare” as possible. But then they put out absolute trash like this. Not only does the ad trivialize abortion in the worst way, but, as Stanek observes, it makes one of the pro-life talking points for us: “Of course creepy cads love abortion.”

How can they possibly think that this ad will help their cause? I don't know how many abortion supporters have watched the ad, but it is already spreading like wildfire through the pro-life community. It could end up being one of the most damaging things that CRR has ever put out.

Ryan Bomberger, a black pro-life leader, responded to the ad saying: “The Center for Reproductive Rights, like Planned Parenthood, certainly understands its main demographic. Happy 40th Anniversary Baby ironically uses a man (who is normally treated as persona non grata) to pitch abortion. The fact that they use a black man just screams irony . . . with the black abortion rate as high as it is and black fathers as absent as they are, it’s just sick to see Mehcad Brooks shill for the number one killer in the black community, and the killer of 55 million plus since ’73.”