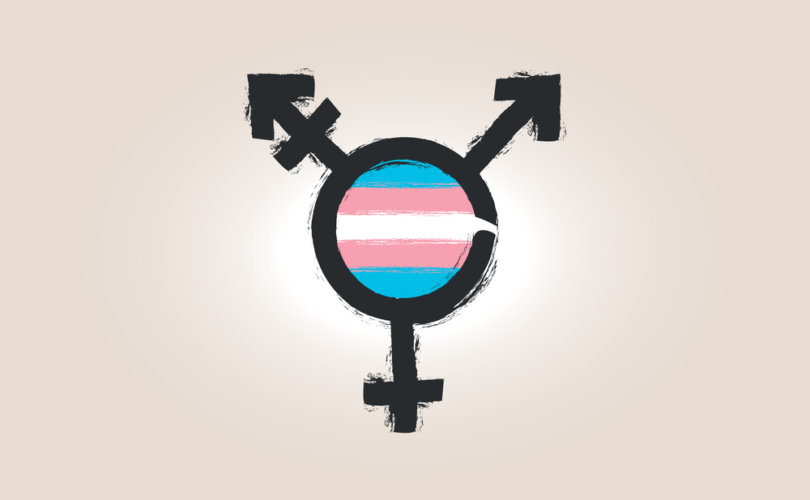 (LifeSiteNews) — There is a certain faction on the Right, especially in the libertarian wing, that poo-poos the culture wars as unimportant. Issues like gender ideology, for example, are dismissed as crass attempts to gin up anger among people uncomfortable with the pace of social change and a mere distraction from more important issues like inflation, house prices, and jobs. These are boutique issues, the thinking goes, and thus the Right would be better off ignoring these issues and focusing on the “things that matter.”

This is wrong-headed for many reasons, but most significantly, those making this article underestimate the radicalism of trans activists. Consider, for example, the fact that J.K. Rowling — a pro-abortion, pro-gay progressive — has not been invited to the 20th anniversary of the first Harry Potter film. Trans activists are so brazen that Rowling has been almost constantly threatened with violence. Recently, her home address was posted online by activists who showed up in person, and Rowling noted that this was accompanied by ominous warnings:

I’ve now received so many death threats I could paper the house with them, and I haven’t stopped speaking out. Perhaps — and I’m just throwing this out there — the best way to prove your movement isn’t a threat to women, is to stop stalking, harassing and threatening us.

It’s not just Rowling, either. Other liberal feminists are also facing a backlash. As Rowling wrote on Twitter:

Over the last few years I’ve watched, appalled, as women like Allison Bailey, Raquel Sanchez, Marion Miller, Rosie Duffield, Joanna Cherry, Julie Bindel, Rosa Freedman, Kathleen Stock and many, many others, including women who have no public profile but who’ve contacted me to relate their experiences, have been subject to campaigns of intimidation which range from being hounded on social media, the targeting of their employers, all the way up to doxing and direct threats of violence, including rape.

In fact, trans activists are going further than that in attacking those to their Left. Lesbians are being accused of “transphobia” for not being interested in “trans women”— that is, biological men with penises. And boys are being accused of transphobia for declining interest in “trans women,” as well. As one upset transgender person seeking a boyfriend put it on social media: “Cis men are such cowards.” Previous dogmas about sexuality are being trashed to make way for trans ideology at lightning speed.

Another example to prove the point: Most of you will remember when the rainbow flag became a thing. Some of you will know that there is a transgender flag, too (blue, pink, and white stripes) — it is now frequently hoisted over schools. But children are now frequently presented with an entire range of options beyond that — a cisgender flag which is described as referring “to someone who identifies with the gender they were assigned at birth” (or what Norm MacDonald called “stigmatizing a normal person”), a non-binary flag (yellow, purple, and black), genderqueer (purple and green), and gender fluid (pink, purple, black, and blue.) Children have options these days, and they’re expected to choose one.

Although sometimes, their parents are so radical they don’t even get to choose — such as in this instance, where a mom’s little daughter was so scared she “refused to have the procedure” (the second shot of puberty blockers) and “it took over an hour of negotiation before he [sic] let the doctor continue.” In fact, the mother reports (in a Facebook group called “Parents of Transgender Children”) that “I literally bribed him [sic] with money … The whole way home [she] was crying and crying because [s]he was releasing his [sic] stress. He [sic] kept on saying how it’s just not [fair] that he [sic] has to do this.” Read that over once more. It is nothing short of chilling.

In fact, we are now at the point where even being pro-trans can be considered not appropriately woke. Oscar-nominated actor Eddie Redmayne, who played transgender Danish painter Lili Elbe (who died after a failed sex change surgery in 1931) in The Danish Girl, has recently come out to say that he wouldn’t take the role now. Why? Because despite non-stop coverage of trans issues, the prominence of trans issues even in children’s entertainment, and the growing prominence of LGBT characters in the entertainment industry, Redmayne had come under fire by trans activists for not turning the role over to a transgender actor or actress. Even being part of a ground-breaking trans film isn’t enough anymore — and even that requires a groveling apology.

I wish that conservatives could simply focus on jobs, housing, and economic programs while assuming that the culture is in good hands. But it is not. Trans activists have achieved cultural hegemony and are going after everyone who disagrees — even with doxing, death threats, rape threats, and violence. They are coming after public education, what’s left of the entertainment industry, and will inevitably demand that churches, religious institutions, and all remaining dissenters submit to their demands and play along with their delusions as well. The culture wars are, unfortunately, real conflicts involving real people and the futures of our countries. We must fight them or pay the price.