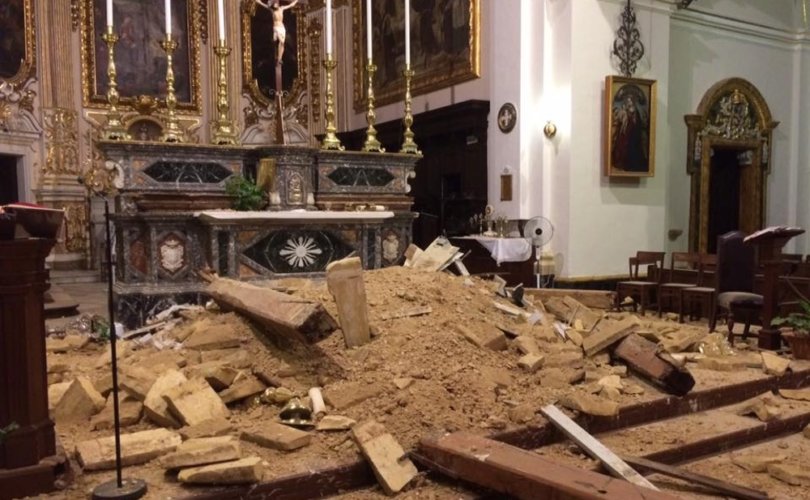 MALTA, August 25, 2017 (LifeSiteNews) – In what could be considered symbolic of the state of the Catholic Church in Malta, or even most of Europe, the ceiling of the country's oldest Catholic church mysteriously collapsed this week.

Malta legalized same-sex “marriage” this summer with practically no opposition from the country's bishops. This happened just months after Mata's bishops broke away from perennial Catholic teaching to allow couples living in habitual adultery to receive Holy Communion.

The almost exclusively Catholic country has been in a spiritually downwards spiral in recent years.

News of the “collapse” at Malta's oldest Catholic church comes after:

“In an earlier time, this would have been deemed a sign,” the Lepanto Institute said of the cave-in.

The Assisi Basilica, the site of a controversial 1986 inter-religious ceremony that seemingly promoted syncretism, faced a devastating earthquake in 1997 that many interpreted as a “sign” of God's displeasure in the event.

This week's collapse is a fitting metaphor for the Church in Malta – and Europe, and most of the Western world.

Weak leadership, irreverent praxis, open sacrilege, heretical liturgies, and a nearly complete lack of faith characterize much of Western Catholicism. A lot more than just the ceiling of the Church seems to be crumbling away.