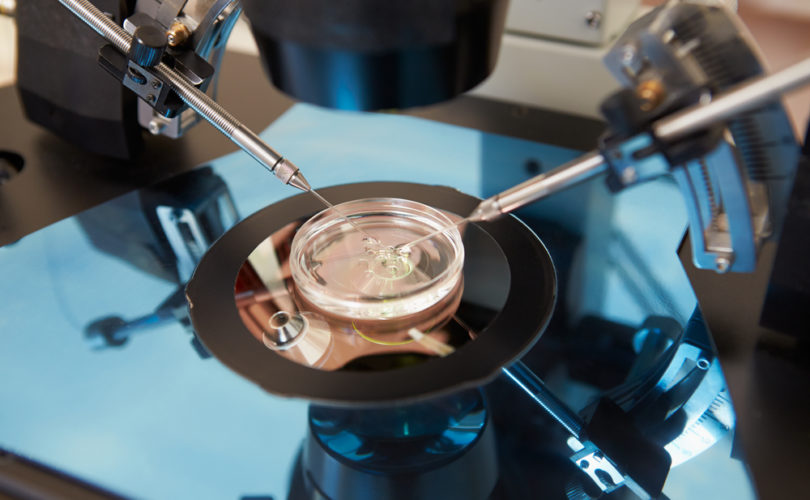 But if an embryo is not a human being, where would that “second child” have arisen from? Could a couple choose to have a second child if there was no child to be had? There is nothing in the child that was not already present in some way in the embryo.

Not only have modern embryology and genetics done nothing to shake a truth so evident to all; on the contrary, they support it a thousandfold. That is why the eminent geneticist Jerome Lejeune bore witness in courts all over the world: modern science shows that there is no fundamental biological discontinuity in the entire process from fertilized ovum to born child. If one invents a right to kill the former, one logically must invent a right to kill the latter.

There are now university professors who are coldly “rational” enough to draw the conclusion: since we have legalized abortion, we ought to legalize the killing of small children when they are severely disabled or perhaps simply unwanted. Dr. Lejeune saw that you must either defend human life consistently from beginning to end—conception to natural death—on the grounds that innocent human beings have a dignity that no one may violate, or you have to maintain that limits on killing are purely arbitrary and can be changed at will by legislative fiat.

Let us go back for a moment to the newspaper article which not so cleverly combined in one sentence the phrases “have a second child” and “destroy the embryo.” Imagine a parallel construction. If someone were to say: “I decided to take care of my grandmother, instead of injecting that bag of bones with lethal drugs,” we would think this person, just to have such a thought, was heartless, insane, or criminal—for it is abundantly clear that the insulting phrase refers to the old grandmother, and the intention to inject lethal drugs is murder.

But if a woman should say: “I have decided to go ahead with my pregnancy and give birth to a little baby, instead of having him—or rather, the fetus—dismembered by a knife or destroyed by acid,” the media, the government, and a good portion of society remain calmly aloof. “That’s each woman’s decision.”

What strange tricks of thought, what bizarre self-deceptions are practiced in the modern world! As long as language and experience mean anything, we know what a pregnant woman is: a woman “with child,” a woman whose body is now fully geared towards nourishing and protecting this unborn child until it is viable outside of the womb.

Yet language itself has been twisted and distorted past recognition. Pregnancy is now considered a “medical condition” or, according to some radical feminists, a disease or an act of foreign aggression. It is hard to believe that people could be so alienated from nature, so far removed from the simple facts of biology, that they would be able to overlook the obvious structure, the procreational design, of the male and female bodies. The female body is structured to conceive and bear children, and any healthy woman would rejoice in this fact, recognizing the indescribable dignity it confers upon her as a “mother of the living.”