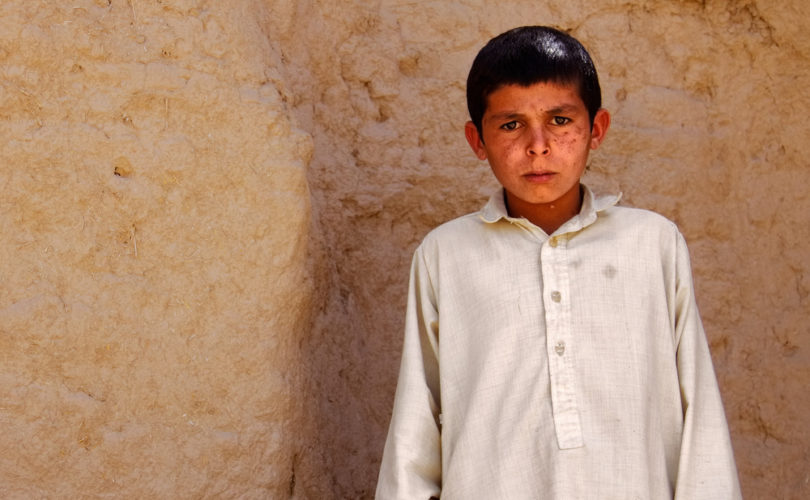 DONATE to support the rescue of Christians in Afghanistan

KABUL, Afghanistan (LifeSiteNews) — Just when you thought it couldn’t get any worse, we are now receiving credible reports that over the past 72 hours groups of Americans have been refused entry to Kabul Airport.

Lara Logan, a well-known investigative reporter, tweeted Saturday that “Most Americans don’t understand what’s happening in Kabul – been on this all night with no end. US citizens are fighting through enemy lines to get to the airport. When they show their blue passport to 82nd [Airborne] soldiers at the gate, many are turned away and sent back to the Taliban.”

If you thought that President Joe Biden sent the 82nd Airborne to Kabul to make sure that all Americans were evacuated, you would be mistaken. The vast majority of those who have been evacuated are Afghanis, and now Americans are being left behind. As Logan herself later tweeted, “All that stands between these Americans and safety/home is the US govt and military.”

Logan’s report was independently confirmed by Texas Rep. Ronny Jackson, who tweeted Saturday: “I am furious!! My team has been on the phone all day trying to get AMERICAN CITIZENS out. They have been just outside the airport numerous times, but the State Department WILL NOT help them.”

But of course the buck stops with Biden, as Rep. Dan Crenshaw, himself a former Navy SEAL, pointed out: “America, you need to know this: Biden is not letting US citizens through the airport gates. It has been impossible to get anyone through for the last 24 hours. This administration has been lying about their intent to save Americans. Unforgivable.”

No one knows how many Americans are now stranded behind enemy lines, and if the Biden administration knows, it isn’t saying. The numbers floating around range from several hundred to many thousands.

Others have been turned away at the airport gates as well, including hundreds of students from the American University of Afghanistan. According to The New York Times, 600 students had fled to a safe house where buses were waiting to take them to the airport. Several hours later, they received an email telling them to return “home” because the evacuations had been called off.

To make matters worse, the U.S. had earlier shared the students’ names and passport information with the Taliban so it would allow them through the checkpoints that surround the airport. Now the Taliban knows who they are and they have been denied evacuation. All of these young men and women now have targets on their backs thanks to the incompetence — or worse — of the Biden administration.

The magnitude of this debacle has not been lost on Americans, despite the best efforts of the administration to continue to stir up panic over Covid and other distractions.

The members of different parties are, for once, almost unified. As the ABC News/IPSOS Poll showed, “Among Republicans, Democrats and independents, overwhelming majorities — 87%, 86% and 86%, respectively — believe U.S. troops should not leave until all Americans are out of Afghanistan. The partisan gap is also negligible for keeping troops in Afghanistan until all Afghans who aided the United States are evacuated, with 77% of Republicans, 72% of Democrats and 70% of independents saying troops should stay until that happens.”

For me, this brings back unpleasant memories of the fall of Saigon. I was a young lieutenant serving with the U.S. Seventh Fleet when it happened. One of the ships in our squadron accompanied the initial wave of boat people as they fled the advancing North Vietnamese Army on anything that would float. Over the next few years, tens of thousands would drown making the same attempt.

Although reports are scarce, I fear that the same thing will now happen in Afghanistan. Tens of thousands of Afghan allies and their families are at the mercy of the Taliban, al Qaeda, and ISIS. They will be easy for the new regime to identity because we inexplicably left biometric scanners behind that make it impossible for those who worked with us to hide their identities.

Moreover, the country will have bloody borders for years as ordinary Afghanis try to escape the Islamic “paradise” that the Taliban have promised to institute and are punished for trying to vote with their feet for freedom.

But right now I am far more worried about the Americans we are leaving behind. As bad as things are now, I am afraid that they are only going to get worse — much worse — in the days to come. We are leaving hundreds of American citizens behind as potential hostages to a hostile regime.

Over the past few weeks, Biden repeatedly promised to evacuate all Americans who wanted to go, along with all Afghans who helped us over the past two decades, if anyone cares to remember.

It’s no consolation, of course, but Sleepy Joe doesn’t either.

Editor’s note: With the United States military slated to pull out of the Kabul Airport by the end of the day today, the crisis for these vulnerable children, women, and men is reaching a climax.  Those left behind are rightfully panicking.

LifeSite has launched a LifeFunder campaign to support the rescue of these vulnerable souls from the hands of the Taliban. Please prayerfully consider contributing today by clicking here.