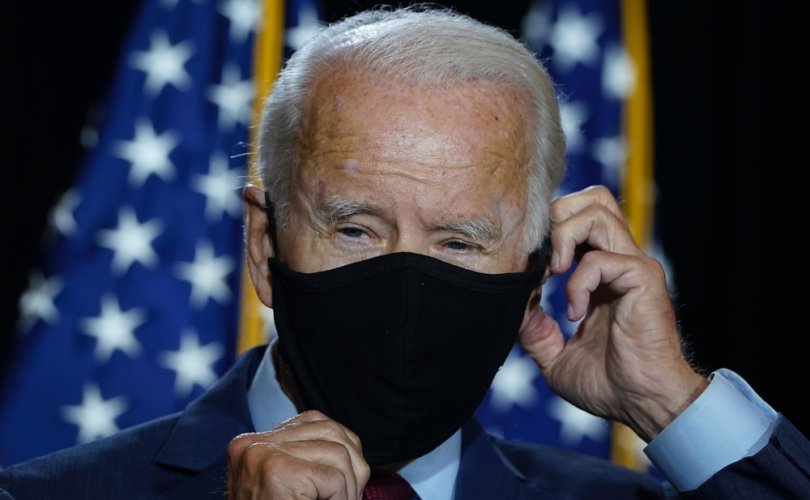 December 14, 2020 (LifeSiteNews) – Just when you thought the 2020 presidential election couldn’t get any wilder, two competing sets of presidential electors met today to vote. The Democrat electors in Pennsylvania, Michigan, Wisconsin, Georgia, and Nevada of course cast their vote for Joe Biden.

But, in a surprise move, the Republican electors in those same states met as well, casting their votes for Donald Trump. As the Pennsylvania GOP explained, the electors “took this procedural vote [to] preserve any legal claims that may be presented going forward.”

The meeting of the Republican electors was not announced in advance for fear of Leftist violence. This is the America that we are now living in.

Today’s move by Republican party electors echoes the 1960 Presidential election in Hawaii, when the Democrats challenged the declared winner, President Nixon, in court. While Democrat lawsuits were pending, Democrat presidential electors met to vote for John F. Kennedy to preserve their intent in the event that the legal outcome favored their candidate.

The president’s legal chances were buoyed today by two new developments, both having to do with Dominion Voting Systems. The first ever forensic analysis of Dominion hardware was finally released this morning, and it reveals massive voter fraud. Around the same time, we learned that Dominion itself was hacked by foreign actors several months ago, validating the claims that of the president’s attorneys that there has been foreign election interference.

Many of us have long suspected on the basis of statistical analyses that Dominion systems were rigged, not least President Trump himself. But since the servers themselves were kept under lock and key, we lacked hard evidence. No longer.

After thousands of votes were mysteriously switched from Trump to Biden in Antrim county, Michigan, a local judge allowed a forensic audit to be conducted on the Dominion Voting System used in the 2020 election. The results were astonishing:

We conclude that the Dominion Voting System is intentionally and purposefully designed with inherent errors to create systemic fraud and influence election results. The system intentionally generates an enormously high number of ballot errors. The electronic ballots are then transferred for adjudication.

In other words, the auditors believe that Dominion deliberately designed its system to cheat by deliberately misreading clearly marked ballots. How often does it cheat in this way?

The allowable election error rate established by the Federal Election Commission guidelines is of 1 in 250,000 ballots (.0008%). We observed an error rate of 68.05%. This demonstrated a significant and fatal error in security and election integrity.

This means that over two-thirds of the ballots were wrongly classified by the Dominion machine as unreadable. These thousands of ballots were then electronically sent to some remote location for a “poll worker” to “adjudicate,” that is, to decide what the real intentions of the voter were.  Cheating at adjudication is as easy as moving a file containing 200 votes from the Trump folder to the Biden folder.

The intentional errors lead to bulk adjudication of ballots with no oversight, no transparency, and no audit trail. This leads to voter or election fraud. Based on our study, we conclude that The Dominion Voting System should not be used in Michigan. We further conclude that the results of Antrim County should not have been certified.

Of course, what we might call “Dominion Cheating Systems” were not just used in Michigan, but in 27 other states as well. If the Antrim county audit findings can be duplicated in a few other counties in other states, President Trump wins re-election.

The problem for the president’s team up to now has been getting access to the Dominion systems, but that problem may now be solved as well. This morning the U.S. government announced that there had been a major hack of U.S. computer systems by a foreign actor.

Dominion Voting Systems, like most American private and public corporations, relies upon software from an Internet technology firm called SolarWinds. It turns out, months before the election, that SolarWinds was hacked, meaning that Dominion Voting Systems was an open book to whatever bad actor – I’m guessing China – pulled off the attack.

Back in September 2018, President Trump signed an Executive Order laying out steps to be taken if it was shown that foreign actors have interfered in a U.S. election. The EO requires the Director of National Intelligence, John Ratcliffe, to report by this Friday on whether there has been foreign election interference in the November 3 election. That same EO also gives the president broad emergency powers to defend the U.S. from such threats to our national security.

The order says “not later than 45 days after the conclusion of a United States election, the Director of National Intelligence, in consultation with the heads of any other appropriate executive departments and agencies, shall conduct an assessment of any information indicating that a foreign government, or any person acting as an agent of or on behalf of a foreign government, has acted with the intent or purpose of interfering with that election.”

If Ratcliffe makes a positive assessment of foreign influence, this gives the president emergency power to seize assets, levy sanctions, and even appoint a special prosecutor. He could, for example, order that all Dominion voting machines and servers be impounded and forensically examined.

General Michael Flynn certainly believes that this is a likely scenario. He said in an interview with Maria Bartiromo on Sunday Morning Futures that the president’s team has “conclusive evidence of foreign interference in our election.” He suggested that the DNI’s report will contain such evidence, and that this in turn will trigger the 2018 EO.

“We have serious, serious foreign influence problems with this Dominion voting machine,” Flynn suggested.  Invoking the EO would “slow everything down” and give time for the courts and state legislatures to act.

Sidney Powell, who has four lawsuits before the Supreme Court, would like to see “every voting machine in the country … impounded right now. There’s frankly more than enough criminal probable cause to justify that, for anyone who’s willing to address the law and the facts purely on the basis of truth and not politics, or greed, or corporate wealth.”

Radcliffe’s report, she said, “is going to blow the mind of every citizen in this country who’s willing to look at the truth and the facts. Because there’s never – we’ve never witnessed anything like this in the history of this country. And it’s got to be stopped right now or there will never be a free and fair election.”

There have already been many twists in the tale of the 2020 election. But the 2018 executive order may prove to be the president’s ultimate “trump card.”

The one that reads “game over.”