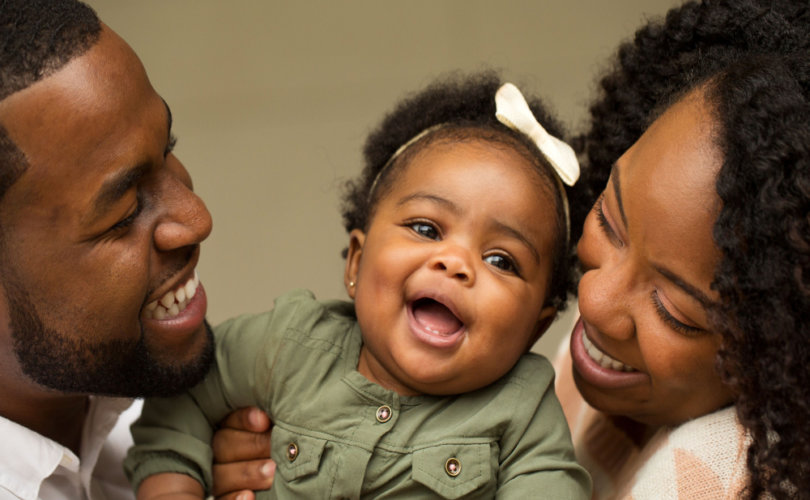 (LifeSiteNews) – In May, Washington Post columnist Dana Milbank made the outrageous claim that overturning Roe v. Wade would be “the social equivalent of the 9/11 attacks.” According to his twisted reasoning, the reversal of Roe would “shatter” women’s sense of security in their bodily autonomy, the way the 9/11 attacks “shattered our sense of physical security.”

Milbank was swiftly ridiculed for the comparison. In response to Milbank’s Twitter claim that “Roe’s impending reversal is a 9/11 attack on America’s social fabric,” Matt Whitlock retorted, “This is nutty, even for you,” and was subsequently blocked by Milbank.

Perhaps the most scathing criticism was from Dan McLaughlin, who would have been killed in the 9/11 attacks had he been in his World Trade Center office during normal hours. He slammed Milbank as a “moral monster” who wrote “the most morally atrocious column of 2022.”

Any rational person can see that Milbank’s claim is exactly the opposite of reality. It was Roe v. Wade that was the “9/11” attack on society, in a very literal sense, except Roe was exponentially more destructive. More than 63 million children have been killed by abortion in the U.S. since Roe.

By the same token, Roe’s reversal will save the lives of countless children. Not only will they be a great gift to society and its fabric, but there are momentous positive spiritual repercussions to the births of these children. There will be many mothers who, in accepting and loving their children, will not only have been saved from committing the evil of abortion, but they will have been transformed for the better by their children. Those who give up their children for adoption at least will have been spared the heavy weight on their conscience of having ended the life of their child.

But positive effects to America’s social fabric from a post-Roe America don’t stop there.

In his op-ed, Milbank quoted Georgetown University law professor Neal Katyal, who served as acting solicitor general during the Obama administration, as saying that the prospect of Roe’s reversal was “intrinsically horrific.” Katyal further noted regarding abortion, “Everyone has socialized expectations that have crystallized around this. … It totally disrupts social expectations.”

As J Budziszewski recently pointed out: It was noted in a 1992 case which upheld the abortion “right” that people have “organized intimate relationships and made choices that define their views of themselves and their places in society, in reliance on the availability of abortion in the event that contraception should fail.”

The practice of abortion is indeed largely used as a backup to failed contraception. As Janet Smith has pointed out in her acclaimed talk “Contraception: Why Not?” about “50 percent of women who go to abortion clinics ‘tell us that they’re there because of contraceptive failure.’”

This use of abortion as backup contraception in order to have sex with men at whim has long been taken lightly. But few are willing to closely examine what ripple effect this has on society. When we do so, we see that the reversal of Roe sets up the exact opposite of Milbank’s claim in another profound sense: In many different ways, it helps to mend the very social fabric of society.

Most fundamentally, the reason is that when women can have the assurance that they do not have to conceive a child as a result of sex, they will often enter into relations with a man indiscriminately — including with little or zero regard for that man’s ability or willingness to father her child, let alone for his moral character, or long-term commitment to her.

The result has been quiet but massive collateral damage to the women and men in these relationships, and even the children later conceived by couples who formerly used abortion as “contraception.”

The Guttmacher Institute found in 2008 that “the overwhelming majority of women having abortions (85%) were unmarried.” To the extent that women use abortion as a form of backup contraception — since most methods of contraception are only about 90 percent effective with typical, non-perfect use — non-married women in particular are being forced, post-Roe, into a fundamentally different mindset regarding the decision whether or not they should have relations with a man.

That is, just because of the sizable chance of contraceptive failure, they are forced to see sex as an inherently procreative act, something we have bizarrely and inhumanly rejected for the past 50 years or so. As Smith points out, people having sex outside of marriage today view pregnancy as an “accident,” as if pregnancy wasn’t the natural consequence of sex.

Proof that this mindset shift is already happening is found in the sex strike movement prompted by Roe’s reversal, with scores of women vowing not to have sex unless they want to get pregnant. An entire article devoted to this subject came swiftly after the Supreme Court decision: “Swearing off men and avoiding intimacy: Gen Z reconsiders sex in the wake of a post-Roe world.”

Insider featured on Twitter a sample of responses from Gen Z about their response to the ruling: “Celibacy seems like the only safe route,” stated one young woman; “Hell yes, closing my legs forever until I DECIDE I want one;” said another.

As Dr. Taylor Marshall quipped, in the words of Glinda the “Good Witch”: “You’ve had that power all along, my dear.”

The social ripple effects of a post-Roe America

Beyond saving the lives of innocent children, Roe’s reversal begins by touching on perhaps one of the least discussed issues of our day: the epidemic of broken women who allow themselves to be used and abused by men unwilling or incapable of being fathers to their children.

Women have widely been conditioned to view sex as recreational or part of the “dating” process, even that it is the “responsible” thing to do before marriage; or otherwise, they see it as something they owe to their boyfriend, or as the gift without which he will leave her, if they themselves aren’t already attached to it.

But this approach has only psychologically wounded countless women who — as they are wired to do so as women — form deep emotional attachments to men who don’t love them enough to commit to them for life or father their children; and who to varying degrees treat their women as objects, for their own self-gratification. This is degrading to women, and sadly, the assurance of abortion on demand encourages women to more readily allow themselves to be degraded.

This only adds to the deep wounds that result from the act of abortion itself. Likewise, men degrade themselves with each “use” of a woman with whom he does not want to father a child. Men are indirectly encouraged by abortion to abdicate responsibility and freely use women at will. That is, they are encouraged to be less than men.

In addition to this, to the extent that young women would be discouraged from early sexual intercourse, there would be a decrease in mental health and substance abuse problems, as several studies have found that “early sex and sexually transmitted infections (STIs)” are “associated with later depression and substance problems.”

Less promiscuity in and of itself would mean less substance abuse: one study has found a link between number of sex partners and later substance abuse disorder, especially in women, when controlling for other factors.

The newfound reluctance for casual sex could have another indirect positive and quite powerful side effect, since fewer sexual partners before marriage is correlated with happier marriages. Nicholas Wolfinger, a sociologist at the University of Utah, has found that Americans who “have only ever slept with their spouses are most likely to report being in a ‘very happy’ marriage. The percentage of those who report the same drops significantly for just one additional sexual partner, and gradually gets lower overall as the number of partners increases.

Fewer sex partners could also result in less divorce: Wolfinger “found that women with zero or one previous sex partners before marriage were also least likely to divorce, while those with 10 or more were most likely.” Notably, virginal brides had a much lower chance of divorce than the rest: “​​Just 6 percent of their marriages dissolved within five years, compared with 20 percent for most people,” The Atlantic reported.

To the extent that abortion is used as backup contraception, its restriction may also help curb the heartrending, marriage-crushing practice of adultery. Smith cites social scientist Robert Michael who, according to Smith, says since contraceptives were introduced, “there is much more adultery than there was before,” for obvious reasons.

Needless to say, as Smith noted, adultery is truly devastating to marriages. According to the LA Intelligence Detective Agency, 69 percent of marriages break up due to an affair being discovered.

What this means is that the guardrails enacted by abortion laws, in discouraging thoughtless, casual sex, would discourage a whole array of negative psychological and moral effects, and encourage happier, more healthy and whole men, women, and marriages — not least of all by discouraging the deep woundedness that accompanies the evil of abortion.

The positive ripple effect spills over into society not only laterally, through the positive effects on work endeavors, friends, and peers. Its most profound effects are those that are passed on in family life, and to the future children of would-be aborting men and women.

Re-mending the fabric of society

In sum, besides encouraging more children, who are the bedrock of our future society, less abortion and less casual sex mean:

To this extent, Roe’s reversal creates more fertile ground for happy, healthy families better equipped to raise children. It encourages more thoughtful relationships and encourages women to mate with (and hopefully marry) men who will be good fathers when they do decide to have children, instead of men who expect their woman to kill any child they conceive together as a result of their relationship.

This alone has massive implications, since the presence, or lack thereof, of a loving father has a huge effect on the well-being of children in a wide spectrum of areas. To name just a few: Children who grow up with involved fathers are: 39% more likely to earn mostly As in school, 45% less likely to repeat a grade, 60% less likely to be suspended or expelled from school, twice as likely to go to college and find stable employment after high school, 75% less likely to have a teen birth, and 80% less likely to spend time in jail, according to the Child and Family Research Partnership at the University of Texas:

Taken alone, divorce, unhappy marriages, substance abuse, and mental health issues in parents all likewise have profound effects on children’s own psychological well-being and behavior, which are often lifelong or long-lasting and spill over into their own respective spheres, and later, their own new families.

For these reasons, the end of Roe is truly a massive boon to the very fabric of our society, even beyond the lives of the innocent children saved. Its effects will be far reaching, profoundly bettering not only the lives of today’s men and women, but those of our children and future generations.