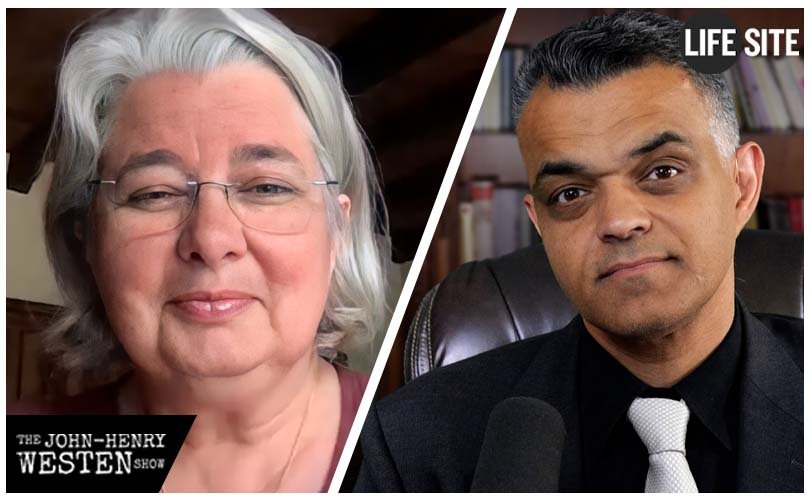 (LifeSiteNews) — Things are reaching unbelievable levels at France, as millions of people all across the country have been protesting for more than a month, ever since President Macron issued the so-called “sanitary” COVID pass. Also, there’s been recent video footage of people rebelling against the vaccine passport being mandated even at grocery stores.

To get the latest coronavirus news, as well as what individuals are doing to fight the mandates, I talked with Jeanne Smits, LifeSite’s Paris Correspondent. She has recently published some incredible reports exposing how the government is pushing more and more control on its citizens.

Jeanne told me that since Macron’s COVID passport decree on July 12, there have been major demonstrations for weeks all across France. Even though the media pushes how only a few people attend these anti-government protests, she has attended several of these events herself and saw otherwise.

Jeanne stated that there have been protests in around 160 towns in the nation, with numbers varying from the thousands to the hundreds of thousands. She said that “the government is worried about” the growing numbers of people banding together against the authoritarian measures.

While most of the events have remained peaceful with people joyful to gather together and see one another, Jeanne also mentioned that these protests could grow violent as did the “Yellow Vest” demonstrations in 2019.

Nevertheless, this “enormous unrest” has been caused by the restrictions placed at “restaurants, cafes, long distance trains, hospitals, visiting people in homes for the elderly and so on, and also mandatory vaccines for health workers.” In other words, “there’s many things you can’t do if you don’t get the vaccine,” and the government has created a second-class citizenry of the unvaccinated.

Jeanne highlighted that the government’s “objective was very clear from the start, and it was said privately, but it was leaked into the press,” that they would make life difficult for those who don’t want to be injected by an experimental and extremely dangerous jab.

In the increasing medical tyranny in not only France but around the world, Jeanne sees how they are based on the ideas of Communism and Nazism. She added that another purpose for the forced “vaccine” and sanitary pass rules are “to make people believe they have a collective responsibility for the good of all and that individual rights don’t count.”

Be sure to read Jeanne Smits’ reports on LifeSiteNews, as she shares the truth directly from France.

‘I joined the march in Avignon’: massive protests across France for fourth Saturday in row

As of Monday, I will officially be a second-class citizen of France