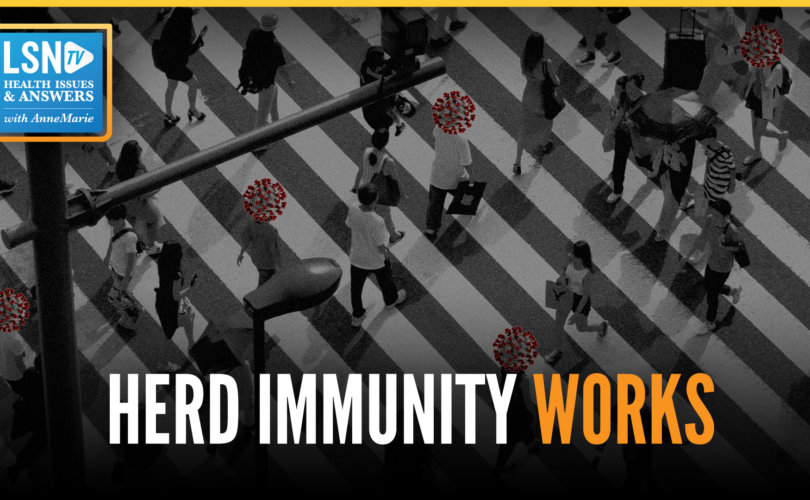 (LifeSiteNews) — To hear Jay Bhattacharya of Stanford put it, there was nothing revolutionary about the Great Barrington Declaration, a statement he authored with Martin Kulldorff of Harvard and Sunetra Gupta of Oxford on why COVID-19 lockdowns were the wrong approach.

“We had a pandemic plan that worked for 100 years for respiratory pathogens,” said Bhattacharya. “The Great Barrington Declaration wasn’t a unique idea. The lockdowns were.”

In a podcast interview with The Heartland Institute, Bhattacharya reflected on the Declaration nearly 17 months after it was published and took the world by storm. Today it has been signed by over 925,000 scientists, medical practitioners, and members of the public. Its message is now starting to be acknowledged by countries, states, and cities as they lift their pandemic mandates. Public leaders have claimed the “science” has changed but Bhattacharya doesn’t see anything today that’s new, or different.

“The fundamental thing has not changed. The fundamental thing is that there is this big age-grading in the risk, so we still should be focusing on protecting the vulnerable, older people and people with chronic conditions,” said Bhattacharya. “The other thing about the fundamentals that hasn’t changed is the lockdowns are ineffective and harmful themselves. Even as far back as April 2020, it was a fool’s error to think we could stop this virus from spreading everywhere.

Bhattacharya said he started to get calls from reporters asking why he wanted to “let the virus rip,” as he spoke out against the lockdowns.

Kulldorff, Bhattacharya, and particularly Gupta are world-renowned for their work on infectious disease.

The emails, discovered through a Freedom of Information Act request, revealed that Collins and Fauci, along with Dr. Jeremy Farrar, the head of the Wellcome Trust and one of the world’s biggest private funders of medical research, revealed a “propaganda” campaign to discredit the Declaration. The authors, as they describe in an op-ed in the Epoch Times on December 31, found it interesting that reporters used the phrase “let it rip” in their questions and kept asking about a “herd immunity strategy.”

“Instead of engaging with us on the ideas, [they] engaged a propaganda war, using the power of government,” said Bhattacharya. “It was nonsense propaganda designed for one purpose: to create an illusion of scientific consensus where one did not exist and to avoid having to argue substantively over the policies we followed. They smeared us and worked to marginalize us and unfortunately, did it quite effectively.”

Bhattachary, Kulldorff, and Dr. Scott Atlas, also of Stanford and former COVID-19 advisor in the White House under Trump, are fighting back. The three are heading up a new initiative at Hillsdale College called the Academy of Science and Freedom.

Their aim is two-fold: restore free debate in science and clarify the proper place of science in a free society.

“Epidemiologists do not have a monopoly on wisdom. Or understanding the values of the people. The base of the discussion should have been expanded beyond scientists themselves. The proper place of science in a free society is to help inform people what science shows,” said Bhattacharya. “Science is a morally neutral activity. It shouldn’t say, choose A or B. That is the proper domain in the discussion of politics. Scientists don’t have expertise here. The people deserve a voice.”

At the same time, vigorous debate is taking place whether the NIH, Food and Drug Administration (FDA), and Centers for Disease Control and Prevention (CDC) need to be drastically reformed. Regulatory capture is a phenomenon that occurs when government agencies become dominated by the industries they are supposed to be watching.

Political influence on agencies has also been a problem. In 2021, emails surfaced revealing the CDC and the White House were collaborating with one another about reopening schools for face-to-face instruction.

Bhattacharya says he supports government funding of science, for example, because a lot of science would not get done in the private sector. “A lot of science is publicly-owned. Once I discover the sun is 93 million miles from the earth, I can’t sell that.”

What needs review is the power of people like Collins and Fauci, says Bhattacharya.

“They control the funding, billions of dollars. If [scientists] can’t get funding from the NIH, their careers stagnate. They control the careers of countless scientists. And when they call us “fringe,” a lot of scientists who agree with us are afraid to speak up. That is anathema to science.”

AnneMarie Schieber ([email protected]) is a contributor to LifeSiteNews and the managing editor of Health Care News.