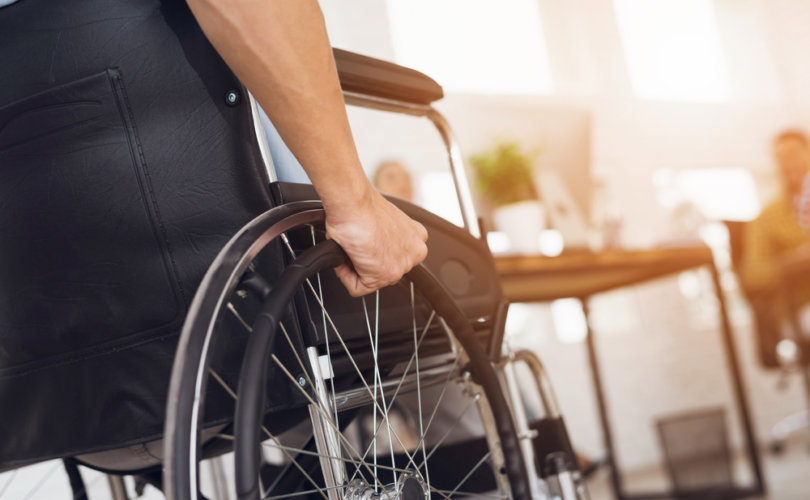 (LifeSiteNews) — Over the past two years, Canada’s euthanasia regime has gone from a hidden horror show to an internationally recognized horror show. The global headlines have been both brutal and damning.

From a Latin American news outlet: “Canadians Turn to Euthanasia as Solution to Unbearable Poverty.” From the staunchly left-wing Guardian: “Are Canadians being driven to assisted suicide by poverty or healthcare crisis?” From the Associated Press: “‘Disturbing’: Experts troubled by Canada’s euthanasia laws.” From the UK’s Spectator: “Why is Canada euthanizing the poor?” From Brazil’s Rio Times: “Canadian government pays poor who can’t ‘live with dignity’ to commit suicide.”

As Justin Trudeau famously announced before all of this came to pass: “Canada is back.”

Even the normally domesticated Canadian press has been reacting in horror to the stories leaking out of our euthanasia regime, like blood under a hospital room door. Although it must be pointed out, with a few notable exceptions such as Andrew Coyne, the press championed the legalization of assisted suicide, obediently switched to using the euphemism “MAiD” (Medical Assistance in Dying) when asked, and generally celebrated the decision as the next step for progressivism.

Despite all evidence presented by the disability community, mental health professionals, and pro-life activists, we were repeatedly told that what is currently happening would never happen. Some were tragically wrong. Some were lying.

Now even the Toronto Star – Canada’s largest and most liberal newspaper – is starting to realize that we may have made an awful mistake. A September news item is titled “’Hunger Games style social Darwinism’: Why disability advocates are worried about new assisted suicide laws.” The story isn’t pretty:

‘The universe,’ David Fancy says, ‘is not a Hallmark card.’ He’s a dramatic arts professor at Brock University, but fairly recently, he’s taken on a new role: helping people coming up against too many barriers in life who want to choose the alternative – death.

He’s been working with one woman, whom he calls Denise for privacy reasons, who’s been on a waiting list for seven years to get an affordable place in Toronto that can accommodate her as a wheelchair user and someone with strong chemical sensitivities (such as to cigarette smoke). He’s been trying to help her fundraise and find housing.

‘It’s a hard slog, because the housing is simply not there,’ he said. Denise is considering another option: two out of three physicians have approved for her to commit legal assisted suicide.

Read that again. Denise wants to kill herself – because she can’t find affordable housing that accommodates her disability. Again: disability advocates warned this would happen, both when assisted suicide was legalized and during the recent debate on expanding eligibility to those with chronic pain, disabilities, and mental illness.

The expansion was rammed through Parliament by the Liberals and the NDP over their objections, and government-sanctioned and facilitated suicide will be formally available as of March 17 – although it has already begun in practice. From the Star:

Fancy says while he believes people should have the right to assisted suicide, it’s becoming an ‘eject button’ for marginalized people experiencing socio-economic issues, when what they need are adequate social supports. ‘It’s a very problematic, Hunger Games style social Darwinism reality that means people are taking an, ultimately, less expensive route,’ he said.

Indeed. Now, of course, the Liberal MPs who ignored these warnings at the time are being confronted with the corpses of the impoverished and international backlash, and are attempting to cover up their lethal stupidity with pathetic walk-backs:

St. Catharines MP Chris Bittle was part of the standing committee on justice and human rights in 2016 when MAiD’s first legislation was debated in the House of Commons. The committee heard from a variety of interest groups, including disability rights advocates.

‘It touches the lives of everyone across the country,’ he said. ‘We’re going to be confronted with cases in society that challenge that system.’ The legislation, he said, will need to be fine-tuned: a parliamentary committee in Ottawa is currently reviewing the impacts of the law’s update. That process, he says, should include looking deeper at why relevant social supports aren’t being provided.

That may not be enough for some, like David Lepofsky, chair of the Accessibility for Ontarians with Disabilities Act Alliance. He says the MAiD program is ‘running amok’ with issues in the system revealing themselves… Bittle says the process contains safeguards to try to ensure assisted deaths aren’t carried out unnecessarily, but Lepofsky takes issue with its secrecy. He says there is no public vetting of applications, little oversight of the practitioners who do these procedures, and no public access to their files – including which are more willing to provide assisted suicides.

‘They may think they’re doing something good for these patients, but that could be driven by ugly stereotypes about disability,’ he said… ‘Our society needs to do more to facilitate living with a disability, and not be so eager to facilitate dying.’

That’s precisely it. But parliamentarians like Bittle knew all of this before. They were told this would happen, in those terms. Instead of listening, they passed their legislation anyways. They are directly responsible for what is happening right now, and the world has been reacting in horror to the results of their legislation all year.

When even the Toronto Star runs a headline comparing Canada’s euthanasia regime to “Hunger Games style social Darwinism,” perhaps MPs in a position to do something – and this includes the new Conservative leader, who deliberately said not a word about any of this during the recent leadership race – should step up and do something to ensure that the most vulnerable members of our society aren’t driven by desperation to die at the end of a needle.

When Canadians face poverty, disability, mental illness, and pain, the response they should receive is assistance. What they are hearing instead is: “Right this way, ma’am. The doctor will kill you now.”