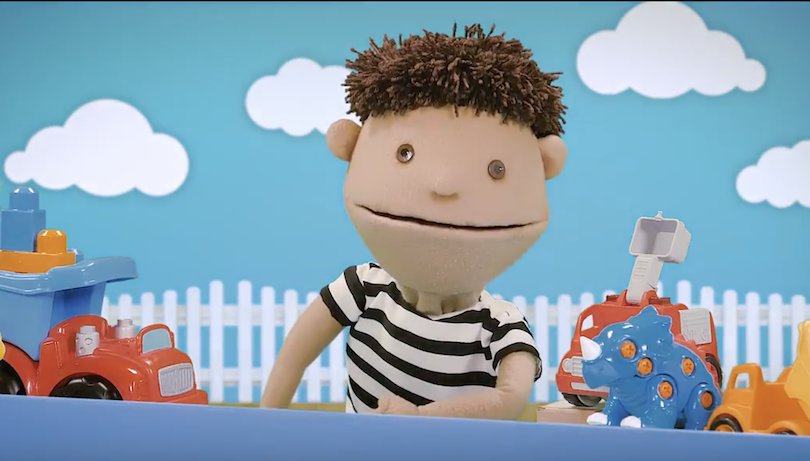 September 7, 2018 (LifeSiteNews) – The ongoing attempts by trans activists to introduce the ideology of gender fluidity to children has been taking many forms recently. There has been the “Drag Queen Reading Hour,” where drag queens read pro-LGBT storybooks to little children at libraries right across the country. There has been the inclusion of gender fluidity in sex-education (most notably the SOGI curriculum) in several Canadian provinces. And now, according to CTV News,  there is a “Trans puppet named [Julien] to help young kids exploring gender issues.”

The puppet in question is of school age (in order to connect with school-age children), and was originally named Julia—but Julia is struggling with her gender, and “feels in her heart she’s a boy and wants to be called Julien.” The message to children is a simple one: Your gender is not dictated by biology and your body is irrelevant to who you actually are (and it can be changed, anyway!) Julien/Julia is now the star of several bi-lingual videos that provide what trans activists are calling the “necessary tools” for kids and their bewildered parents to navigate these issues.

As usual, the transgender puppet is being brought in under the guise of an anti-bullying initiative, spear-headed by the Jasmin Roy Sophie Desmarais Foundation, which is based out of Montreal. The Julien/Julia videos are part of the free video lessons (along with educational booklets) that they are promoting for use in schools, and they advise educators to introduce gender identity and expression to children “during early childhood” so that they “understand and accept gender diversity” and develop “social and emotional learning to help children with the process of identity affirmation.”

It is important to note that the underlying premise these educational modules are designed to convey to children is that if their feelings tell them something different than biological reality does, reality must be rejected in favor of these feelings. “Identity affirmation” recognizes subjective feelings (80% of children who experience gender dysphoria grow out of it naturally) over the physical reality—not to mention the fact that there are only two genders. In fact, one of the videos is titled “The heart that knows everything”—just in case you wondered how far they’d be willing to take it.

Puppets were chosen deliberately for their appeal to children. Jasmin Roy of the Jasmin Roy Sophie Desmarais Foundation noted that the inspiration for the Julia/Julien videos came from Sesame Street, a show that long faced pressure from LGBT activists to out Ernie and Bert as gay (eliciting a terse response noting that puppets do not exist from the waist down.) These puppets, essentially, will normalize the idea of gender fluidity, and perhaps, the creators hope, even encourage children to “explore” their gender (perhaps by cross-dressing and other practices.)

Trans activists have done an extraordinarily effective job both at promoting gender fluidity, developing and pushing resources to introduce these topics to children, and silencing any dissent—most recently, forcing Brown University to pull a study by Dr. Lisa Littman that exposed the sky-rocketing numbers of children coming out as trans as a “social contagion” with potentially devastating consequences for those who were opting to physically transition at a very young age.

What we are seeing is the successful colonization of childhood by radical activists who hold to ideologies that most people still do not fully understand. They are entirely supportive of treatments that amount to the sterilization of children, and believe that gender-fluidity can be identified before the child is even able to communicate—some so-called “trans experts” thinks that children can be identified as trans when they are “pre-verbal,” and certainly by the age of three years old. The truth is that these activists pose a very real danger to children while suppressing all academic evidence of that fact.

I’ve said it before, and I’ll say it again: This experiment is going to end very, very badly.