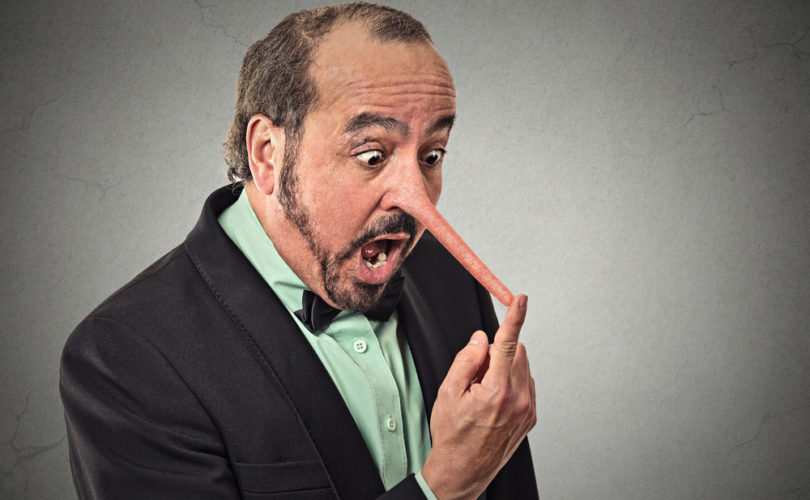 Many professors are aging hippies who abandoned their communes for a more fertile way of disseminating their ideology—academia.

“The most effective way to destroy people,” George Orwell once noted, “is to deny and obliterate their own understanding of their history.” In today’s culture, knowledge of history is, itself, fast becoming history.

Late-night hosts sometimes make comedic hay of this growing cultural Alzheimer’s by asking people in the street mundane questions such as “Who were our allies in World War II?” to hilariously cringe-worthy responses. But there is a distinctly unfunny side to our forgetfulness. We are very much at risk, as the old saying goes, not just of repeating history because we have forgotten it, but of repeating it without even being aware that we are repeating it.

It was this point that veteran Canadian journalist and author Ted Byfield emphasized over and over when I spoke with him some time ago. “We are swiftly abandoning many of the fundamental social and moral principles upon which our civilization is based,” he said. “That is, we’re zealously cutting off the branch we’re sitting on…very few people, whether educated or uneducated, know where those principles came from, and how we came to embrace them. We are dangerously ignorant of our own heritage and history.”

Byfield is right. When I began researching the social history of the West several years ago, I found myself consistently stunned by the simple fact that much of what I’d been taught – or at least led to believe – was untrue. While many university professors are lovely teachers and impressive academics that I count myself privileged to have met, there are also many aging hippies who abandoned their communes for a more fertile way of disseminating their ideology—academia. In lecture halls in front of thousands of students, they sell their own version of how history has unfolded, leaving most of us completely unaware of how things have actually happened.

Since I finished my own degree in history, I have often pondered this irony: that Christian parents will struggle against the influences of the culture in order to inculcate their children with traditional values and a Christian worldview, and then pony up tens of thousands of dollars to universities just to give their faculties four years to convince their children to abandon this worldview.

For example, I was taught in first year history that the Sexual Revolution hadn’t actually taken place, and that we knew this because Alfred Kinsey’s infamous 1950s Kinsey Reports had revealed definitively that Americans of all classes were engaging in every imaginable type of sexual behavior. Virtually no one was faithful to his or her spouse, homosexual relationships were common, and even bestiality was supposedly frequent. And this is still the history that is being taught without question, even though, as I’ve written before, Alfred Kinsey’s reports have been thoroughly debunked, and he has been discredited as guilty of everything from enabling horrifying acts of pedophilia to intentionally trying to disprove Christian sexual ethics. Those still lustily engaged in celebrating the aged and disease-ridden Revolution of the ‘60s, however, have much to lose in the dissemination of this disturbing set of historical facts.

So too with anthropologist Margaret Mead and her famous 1928 Coming of Age in Samoa, a book that exploded into Western consciousness by revealing that other cultures rejected traditionalist codes of sexual behavior, and were thriving as the result. The most highly circulated anthropology book every written and required reading in Western universities everywhere, it was later proven to be badly researched and even fraudulent. In fact, Mead’s sources revealed to a professor who followed up on her claims years later that their titillating tall tales had merely been a practical joke. Yet, you won’t find Mead’s work critically examined in most universities—and her work still undergirds much of our society’s attitudes towards so-called sexual liberation.

The web of deceit continued with abortion. Dr. Bernard Nathanson, a doctor who helped found the National Association for the Repeal of Abortion Laws (now known as NARAL) with prominent feminist leaders such as Betty Friedan, was a key voice in pushing for the largest abortion clinic in the world in New York state. After becoming pro-life as the result of advances in the field of foetology, he revealed in a series of memoirs that the numbers of back-alley abortions used by NARAL and the abortion movement to argue in favor of legalizing abortion were, to put it bluntly, made up. This is corroborated by the fact that no reputable historical source can provide us with any evidence of the staggering numbers of illegal abortions that the pro-choice establishment still claims happened to this day. I still meet dozens of people on university campuses who make the argument that abortion will not decrease if made illegal. And why? Because they’ve never been taught any factual history, just the fictitious narrative created for public consumption.

And these are just three staggering examples among hundreds. Our cultural elites – the media, Hollywood, academia, and even much of the political establishment – are too invested in the horrifying experiment that is the Sexual Revolution to examine the history of this revolution or its tragic outcomes honestly. And thus, we face a constant barrage of “progressive” celebrations. Documentaries and films and conferences celebrate Kinsey, Mead, and flocks of feminists who championed abortion-on-demand. Our history is not our own. The history taught in virtually all of our public institutions is, in reality, an ideology.

The Sexual Revolutionaries didn’t just throw out the book. They rewrote it, because that’s what revolutionaries always do. This struck me vividly a few months back when I was traveling in China, and our tour guide Anna was taking my friend and I from the Forbidden Palace to Tiananmen Square to Mao Tse-Tung’s Mausoleum, where the dead dictator still lies in state in a glass-covered coffin. After listening to Anna praise Mao for hours, I asked her how she could possibly believe he was good for China when, by some estimates, he presided over the deaths of nearly seventy million people. First, she was irritated, and then, agitated. After informing me that Mao was a great leader, she ended our discussion by announcing, “Denying Mao would be like denying Communist Party!” And with that, historical truth was placed firmly in the backseat to ideological obligation.

In order to understand the sex-driven lunacy and carnage that has gripped our culture on virtually every front, we have to put history back in the front seat. We have to honestly analyze and understand how we reached this point, so that we can begin to realize what we can do—not to return, but to rebuild. To equip our children and the upcoming generation with the truth of what has actually taken place, and why it is that we believe what we believe.

This is precisely what Ted Byfield, now in his eighties, told me when I asked him what young people could do to begin the process of cultural renewal. Read history, he told me urgently. People will be stunned to find out what actually happened—“they will be astonished at the things we’ve done in [the last] century that made no sense at all. What should be emphasized in your generation is to find out what happened. In other words, read history.”

And when you do, things finally start to make more sense.