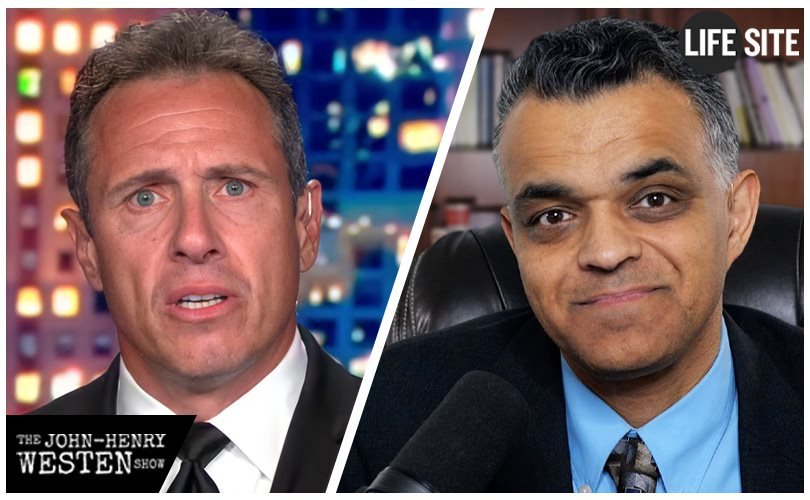 (LifeSiteNews) – The good news that happens day to day is hidden by the mainstream media. It is out there, but the bad news can be overwhelming.

Especially in light of the COVID vaccine mandate insanity, it can seem sometimes like the evil is totally overwhelming and that there is no sense in fighting it, no sense in standing strong, no sense in pushing back. Well, that is just not true and these last couple of weeks showed us that. However, most of us would have missed the great news because the mainstream media these days hates real good news.

It deems good news evil and evil news good. We have seen great pushback against the COVID health dictatorship and the abortion dictatorship. You need to hear this. You need to be encouraged and inspired.

The predominantly African-American City of Marianna, Arkansas just passed a resolution to become a “Pro-Life city.” The city council declared in the resolution, “It is the policy of the City of Marianna to promote and protect the dignity and humanity of all persons at all stages of life from conception until natural death. The City of Marianna declares itself to be a Pro-Life City.”

Now, of course, this does not mean the city can shut down all its abortion mills or ban abortion. It does, however, send a message about the values of Marianna as efforts to create “sanctuary cities” for preborn babies grow.

Texas has nearly become a sanctuary state and has given us much cause to celebrate in the past week. We may have been heartbroken when the heartbeat bill that banned most abortions was blocked by a lower court after a request from the Biden administration. However, just days later, the 5th U.S. Circuit Court of Appeals reinstated the life-saving law.  lo;would withhold up to $175 million in funding from the city for violating state laws enacted by Republicans earlier this year.

It’s not just the state administrations and officials that are pushing back, it’s also the people.

In Los Angeles, 871 Los Angeles firefighters, representing roughly 25% of the total personnel on the department, filed a notice of intent to sue the city for its COVID-19 vaccine mandate. One in every four LAFD firefighters has signed on to the filing, arguing that the city has ignored their due process rights in an effort to “intimidate, frighten, coerce and force” them into taking the experimental COVID-19 drug.

There is power in resistance. Last week, it began with a trickle – and then became a flood – of tweets on Sunday about Southwest Airline pilots calling in sick to protest their company’s COVID-19 vaccine mandate, and then a cascade of reports that pilots from other airlines, as well as critical employees in other segments of the transportation industry, are preparing to follow suit.

After Southwest pilots filed a lawsuit seeking an injunction against their company’s jab mandate, the airline company cancelled nearly 2,000 flights over the weekend, citing “bad weather.”

And here is a real treat. Watch what this pilot has to say about the whole Covid-19 mandates:

And speaking of standing up … at thousands of locations across North America on the first Sunday of October, pro-lifers stood up for life. LifeChain Sunday saw tens of thousands standing up and praying for life. In Canada alone, there were 269 Life Chains taking to the streets in cities and towns to protest the murder of over 100,000 babies every year by abortion.

This resistance is not just in North America, it’s a global fight. In the Netherlands, Dilay Willemstein, who was to represent her country at the Miss World competition in Puerto Rico in December, made the personal choice not to participate because she says she is “not ready” to get the COVID experimental vaccine.

She stated, “At this point I’m not ready yet to take the vaccine, and I have no choice. If I don’t take the vaccine, this means I’m not allowed to go, and that really helped my choice because, really, I’m not ready for it and for me this means I’m not allowed to join the Miss World election even though I’m the finalist. For me, this is really the biggest reason that I’m not going any longer. If I did do it, I’d go against my own principles and that’s something I’ve never done and I won’t do it now.”

Washington Wizards basketball star Bradley Beal said he is not interested in getting the COVID shot.

Pro-life Republican Senator Rand Paul, who is a medical doctor, grilled Biden health secretary Xavier Beccera on natural immunity, telling him bluntly, “You are the one ignoring the science.” You’ve got to see this.

And all of this pushback does not and will not go in vain. On October 12, U.S. District Judge David N. Hurd granted a preliminary injunction to 17 medical health professionals who hold religious objections to the COVID-19 vaccines. The preliminary injunction prevents the state of New York from enforcing a vaccine mandate.

And the fruit of this pushback is also seen within the Church. U.S. military Archbishop Timothy Broglio issued a statement against forcing American service members to take the COVID-19 jab, saying that “no one should be forced to receive a COVID-19 vaccine if it would violate the sanctity of his or her conscience.” That seems a change from Archbishop Broglio’s March statement in which he described being vaccinated as “an act of charity to our sisters and brothers.”

Other Catholic bishops have been even more vocal. The Catholic Bishops’ Conference of Togo in Western Africa reacted angrily to church closures, accusing the Togolese government of trampling on citizens’ religious rights. They also firmly condemned the vaccine mandate that is being imposed on the population by making access to essential public services impossible without the jab.

After an extraordinary meeting of the bishops in late September, they insisted that vaccination must remain a “voluntary” act. The bishops’ conference insisted that getting the jab must be the result of a “personal, free and responsible” decision, quoting the Catechism of the Catholic Church’s article 1782 that states: “Man has the right to act in conscience and in freedom so as personally to make moral decisions.”

This week, another faithful bishop, Bishop Athanasius Schneider, will lead a pro-life retreat and holy hour in reparation for the use of aborted babies in medical research and in the development of medicines and consumer products. A free livestream of the retreat is available by registering at Our Lady of Good Counsel Retreat House.

Finally, Archbishop Viganò has been speaking and speaking giving more addresses in this time than he has ever before. On October 9th, in his address to the Italian people gathered in Rome and throughout Italy to protest the COVID Green Pass and mandates, he said:

“Jesus Christ is King and Lord of History, in His hands are the fates and destinies of each of us, of the States and of the Holy Church. He will not allow us to succumb to the onslaught of the enemy of mankind. Return, let us all return to him, with the trust of the prodigal son who humbly asks his father to forgive him and to welcome him back into his home. Let us go back to being Christians, proud of our Faith and of the civilization that Religion has built up in the course of 2,000 years of history. Let’s go back to defending in civil and political commitment those non-negotiable values that today we see denied and trampled on. But above all — I beg you, I implore you — let us go back to living in the Grace of God, to frequent the Sacraments, to practice the virtues, to be Christians consistent with the promises of Baptism, authentic witnesses of Christ.”

“To get out of the labyrinth, we must resist with courage and firmness, as our fathers were able to oppose the dictatorships of the last century. Civil disobedience, coordination of protest actions, contacts with the movements of other states, union in an anti-globalist alliance that ensures help and support against the authorities subservient to the system.”

And speaking again to another group only yesterday, he acknowledged frankly where we are and yet conveyed hope. He said:

But, you see, even in our apparent weakness, despite not even succeeding in having visibility on television or social media; despite being disorganized and little inclined to demonstrate and protest – since this has always been the prerogative of professional revolutionaries and the anarchists of the Left – nevertheless we have something they do not have. We have the Faith, the certainty of Our Lord’s promise: “The gates of hell will not prevail.” And we are likewise animated by an interior strength that is not our own, and that recalls that serene courage with which the persecuted Christians faced persecutions and martyrdom – a force that frightens those who do not have a heart, that terrifies those who serve an ideology of death and lies, who know that they are on the side of the eternally defeated.

They forget, these wretched servants of the New Order, that their order is a dystopia, indeed an infernal dystopia, that is repugnant to all of us precisely because it does not consider that we are not made of electromagnetic circuits but rather of flesh and blood, passions, affections, and acts of generosity and heroism. Because we are human, made in the image and likeness of God. But the demons are not able to comprehend this: and for this reason they will fail miserably.