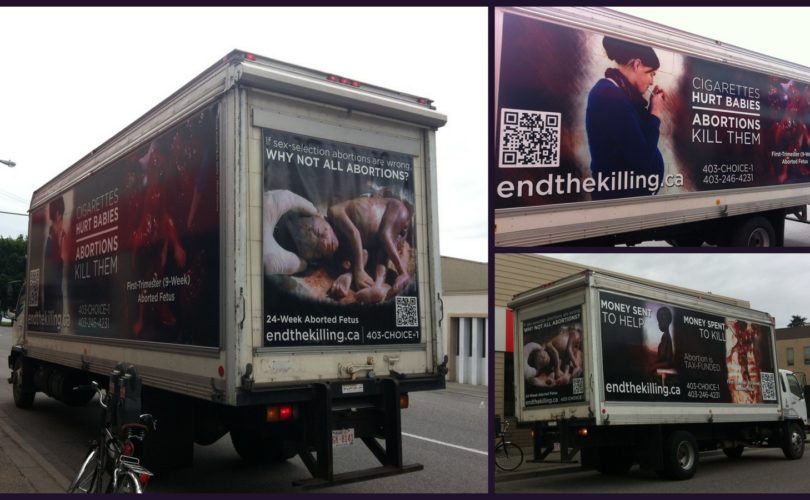 Aug. 27, 2015 (LifeSiteNews) – Never has there been a time when people have access to so much information, but only seem to receive or peruse information that confirms their own worldview. Almost every politicized event, from Ferguson to the Planned Parenthood exposé videos to everything Donald Trump says is viewed through the lens of one’s pre-existing ideology. Cops are either vicious, trigger-happy racists or upstanding guardians of the good and the just. The Planned Parenthood videos are either heavily edited fakes and manifestly a smear job, or incontrovertible evidence that we are butchering children and pillaging their corpses. Donald Trump is either a loud-mouthed racist clown or the greatest conservative since Ronald Reagan.

I started to notice this more when I began to write commentary some years ago. I use my Facebook newsfeed as a very quick way of seeing what’s going on and what people are saying about it, and so I have news sources and blogs of every stripe—Slate, Mother Jones, Jezebel, Breitbart, FOX, National Review, Maclean’s, the National Post, the Toronto Star, you name it—showing up in my feed.

In an era where people often hear, whether by accident or by design, only what they want to, it is the task of pro-life activists to bring the truth directly to the people. We have to expect shock, disbelief, and even anger—because many people realize, for the first time, what abortion really is.

Often, I’ll see two diametrically opposed versions of the exact same story. This week, for example, Donald Trump apparently kicked journalist Jorge Ramos out of one of his campaign events. Mother Jones, Slate, and every other left-wing news source apoplectically insinuated or outright accused Trump of doing this because he was either afraid of Ramos’s questions or because he is a racist who hates Hispanic people. Breitbart and a swarm of other conservative blogs triumphantly highlighted the incident as evidence that Trump won’t take any guff from anyone, and noted that Ramos was later allowed in to ask Trump several other questions once he waited his turn to speak.

This is significant for those of us who seek to reach the culture with the truth about abortion, because it highlights something we often forget: People rarely have their views challenged. They interact only with media sources that give them one side of the story, or even a completely fictitious version of that story. Even when they haven’t selected the information they want to expose themselves to, Facebook and other algorithms that monitor users’ behavior serve the information they think people most want to see. Each side of the debate gets fed custom-made outrage that plays with perfect precision to their sensibilities. This is why so many of our political debates resemble two drunks yelling at each other—because each side is operating with a completely different set of facts, and each is outraged that the other cannot see the obvious truth about it all.

The media is enormously complicit in covering up what actually takes place during the abortion procedure, and does everything possible to obscure the facts and twist the narrative. Thus, when I attended the Kermit Gosnell trial, there were only a handful of reporters on hand when the verdict was passed down—despite this being a sensational story of gruesome wickedness, replete with a serial killer of infants and dismembered limbs being used as trophies. The story much of the media chose to pursue? Not a tale of justice for murdered children, but of pro-life activists forcing women to attend clinics where shabby killers snuffed out the lives of their babies, rather than clean Planned Parenthood facilities where feticide is an industry.

So it is with the Planned Parenthood videos produced by the brilliant investigative journalists of the Center for Medical Progress. While it is obvious to those of us who have seen the videos that they are evidence of unfathomable cruelty and stunning disregard for human life, millions of Americans are hearing from their media sources that these videos are fake, heavily edited, or fictitious smear jobs. They are told they can rest easy, because the story here is simply the angels of Planned Parenthood once again under attack by the anti-choice Neanderthals of the Religious Right, and that the goal here is not to expose injustice, but to make sure that no women enjoy sex, ever, and that anti-abortion people are opposed to finding cures to cancer and Alzheimer’s. That’s why sixteen journalists from publications like Salon and The Nation received awards from Planned Parenthood for their coverage of the abortion debate last week.

That is why pro-life activism is so essential: our role is to bring into the public square hard truths that much of the media is determined to keep hidden. This year, my comrades and I at the Canadian Centre for Bio-Ethical Reform reached well over a million Canadians with the truth about abortion: That it is an act of violence that destroys a developing human being. The media, which almost invariably chooses to blur out photos of abortion victims in their coverage of the postcards we distribute, is often almost irrationally angry about the work that we do. And one of the reasons they are angry is that we are smashing their monopoly on the dissemination of information.

For decades, the media on both sides of the border has assisted the abortion industry and the abortion rights movement. The media in Canada championed the cause of Henry Morgentaler, the Father of Abortion Rights. We know that we cannot just bring the truth about abortion forward and reasonably hope that the media will convey that information to their millions of readers and viewers. And so we pursue a very simple solution: We disseminate that information ourselves, from driving Truth Trucks into traffic jams, to setting up anti-abortion displays on sidewalks and university campuses, to delivering hundreds of thousands of postcards showing and telling the truth about abortion to mailboxes, street by street.

The media then often becomes what veteran pro-life strategist Gregg Cunningham calls a “force multiplier”—drawn to the controversy that inevitably surrounds pro-life activism, they show up with their cameras, film our projects, record our conversations, and ask us why we do what we do. And then they pass that information on—often in a twisted and biased form, true, but still, glimmers of truth shine through. This year alone, almost every major media outlet in Canada has covered our activism exposing abortion across the country. Hundreds of thousands, if not millions, of Canadians were again exposed to an abortion debate that is only just beginning to heat up.

In an era where people often hear, whether by accident or by design, only what they want to, it is the task of pro-life activists to bring the truth directly to the people. We have to expect shock, disbelief, and even anger—because many people realize, for the first time, what abortion really is. There is no one else providing them with this information. But time after time, we see them process this information, and realign their worldview. And when they do, lives are saved.

The media won’t do our job for us. It isn’t an easy job. But with creativity, strategy, and determination, it is a job that can be done.